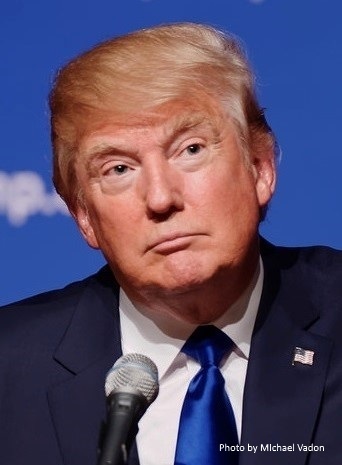 Are Donald Trump's children worried that their dad has taken things too far? Increasingly, the media and top Democratic leaders -- no less than the President of the United States -- are piling on the criticism, calling him everything from a racist to a demagogue. Fellow New York tycoon Michael Bloomberg took it a step further to call him a dangerous demagogue. Other business tycoons like Warren Buffett and Mark Cuban have also come out against him, questioning his wealth and his business acumen. Some accused him of treason over his recent comment inviting Russia to find Hillary Clinton's lost emails. His criticism of the parents of a Muslim American soldier who died in battle has ignited a storm of controversy. Some even question his mental health.

It was scary but exciting to follow their dad's roller-coaster ride to the Republican primaries. His triumph as the Republican presidential nominee was the ultimate proof of their dad's business motto -- the end justifies the means. Bluster, bluff, bully, cajole: the only thing that mattered was getting what you wanted.

But now things are looking grim. It's no longer fun. The world is turning against their dad and he's putting the entire Trump Empire at risk. Is it time for an intervention?

Year In, Year Out
One can imagine how the children rolled their eyes at dad when he told them last year of his decision to run again for the presidential election. They remembered how embarrassing it was four years earlier when he announced his potential candidacy for the 2012 presidential election. Everyone made fun of him and they could barely show their faces in public for fear of being questioned about him.

That year, to their relief, he soon quit the race, saying he "wasn't ready to leave the private sector" yet. Some speculated NBC was offering him too much money to host Celebrity Apprentice to pass it up. Gratefully, he realized that hosting a TV reality show was much more fun -- and lucrative -- than dealing with the drudgery of running a country.

Going South
But after the ultimate high of marching into the Republican National Convention to accept the presidential nomination, the floor seemed to give out from under them. The entire Trump family found itself struggling to stay afloat in the quicksand of controversy. Melania Trump's speech was found to have plagiarized portions from Michelle Obama's speech at the DNC eight years earlier. Her claim to earning an undergraduate degree appears to be false. Donald Trump Jr. was rebuffed following his claim that Obama had plagiarized him in his speech. People pointed out that Obama had used the phrase in question as early as 2010, as did George Bush in 2001. Eric Trump grimly took on the Muslim soldier controversy on CBS This Morning, saying that the whole thing was "honestly blown out of proportion," but he didn't seem terribly happy to be there.

According to the Washington Post, even Chelsea Clinton threw shades at her friend, Ivanka Trump, for claiming that Trump offered solutions to address equal pay and working mothers in the workplace. Ivanka also drew fire from conservative commentator Ben Shapiro, who said she's "preaching crap." Liberal commentator Sally Kohn also challenged her, asking, "How will (Donald) do it?"

Are there entreaties and shouting matches behind the closed doors of the Trump suite, in which the children beg him: "You have a good thing going, dad. You're almost there. Stick to the speechwriters' scripts. Follow the recommendations of your political advisers. Keep your interviews to Fox News. Get off Twitter."

And will Trump finally listen to reason?