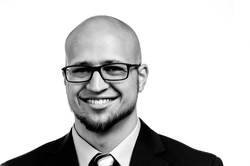 It was 2010, my senior year of college. I was young and idealistic, and I'd just made the decision to apply to Teach for America (TFA), an alternative certification program that recruits everyone from college graduates to professionals who have been out of college for a number of years to teach in high-needs schools across America.

Let's suppose for a moment that, across the world in snowy Finland, a young man named Onni, driven by similar dreams and ambitions, was preparing to apply to his country's teacher training program.

Onni and I went through two different teacher preparation programs, which in the end collectively produce good results. Finland's student performance ranks at the top of the world, and Teach for America's performance in the United States consistently outperforms its peer institutions. What do these programs have in common? It turns out that both employ similar strategies in the way they screen, select and recruit teacher candidates. This, I believe, contributes to each program's outcomes.

Both Finland and TFA rely on a two-tiered process to ensure that only the best are accepted into their programs. The first step is to target top talent, starting with a universally agreed-upon measure to decide on who should even be invited through the door.

In Finland, only the top 20 percent of students are targeted for recruitment. Finnish students are screened based on their performance on an admissions test which requires them to read and analyze a series of scientific and professional articles. Similarly, TFA targets high performers by looking for individuals who have demonstrated high levels of performance, be it on campuses or in their professional lives. TFA also looks for additional traits among their most successful graduates, such as experience working in low-income communities.

After the initial recruitment process, the candidates face a rigorous selection process with multiple measures to ensure that they "have a clear aptitude for teaching in addition to strong academic performance." Pasi Sahlberg details this in his book "Finnish Lessons 2.0." In Finland, "all candidates go through individual interviews" that require them to demonstrate their ability to create ideas and work with others. In some instances, Finnish teachers even have to complete a "teaching-like" activity to demonstrate that they belong in the classroom. This is on top of an entrance exam that requires teachers to read and analyze complex articles on teaching.

TFA employs a strikingly similar process in its second round. My "teaching-like" activity as a TFA candidate was to prepare and teach an actual lesson to my peers. I also had to read and analyze a subset of student data and come up with possible strategies and interventions to improve student outcomes in a group setting. And just like Finland, I had to go through a one-on-one interview with a recruiter and to describe why I wanted to become a teacher.

As a result of this two-step process, only the strongest candidates make it in both Finland and Teach for America. In Onni's Finland, about one in 10 applicants is accepted into Finland's highly selective teacher preparation programs. Sahlberg reports that in 2013, only 340 out of the 3,200 applicants to the University of Helsinki's teacher education program was accepted. This means that by comparison, Finnish people have more chances of becoming a doctor or lawyer than getting a teaching job. In my TFA application year, only about one in 10 of the 40,000 applicants was accepted. This is about the acceptance rate for an Ivy League college.

Many of the similarities between Finland and Teach for America's teacher prep programs end with the recruitment and screening process. However, it seems highly likely that the similarities in this process play a role in the notable outcomes of both programs.

This screening process typically contrasts with that of a typical United States education program. Edweek reports that only 23 percent of U.S. teachers come from the top third of all college graduates, and that only 14 percent of teachers in high-poverty schools come from this cohort.

The solution seems obvious. Education schools in the U.S. should adopt a similar methodology for selecting teacher candidates as Finland and TFA. When two such distinct programs demonstrate above-average results, we should take notice. Revamping the way we select our teachers can play a big role in ensuring that we are placing a high-quality educator in front of every student in America.

Jon Alfuth is a high school geometry teacher at the Soulsville Charter School in Memphis. He is a Teach Plus Teaching Policy Fellow.