What do People Really Think About Climate Change?
Depends on How You Ask.

It turns out we've been asking the wrong question.

It's also certainly not What is the most important problem facing this country today?, as George Gallup began asking in 1930s. Because when people are asked this question, year after year the environment ranks last every time--beneath jobs, healthcare, education, security, infrastructure, terrorism, kids, housing, transportation and other important concerns.

What will be the most important problem facing the world in the future if nothing is done to address it?

Remove constraints of nation, moment, and inaction--and global warming zooms to the top. 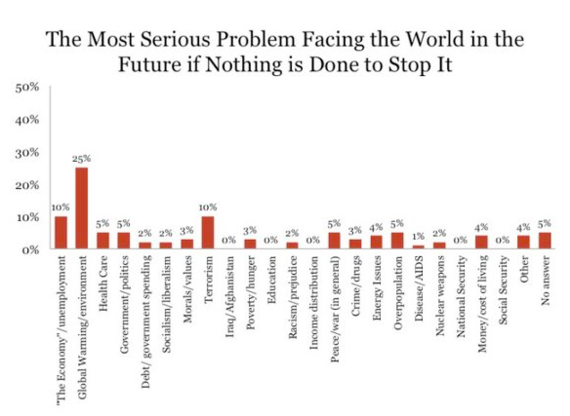 For two decades, this kind of data has been collected by a team of social scientists at Stanford's Political Psychology Research Group (PPRG), led by Dr. Jon Krosnick. Krosnick's carefully constructed questions get to the heart of American public opinion on global warming. The results are powerful.

Social norms are the bedrock of behavioral science. People are encouraged when they see consensus on a belief. When trusted friends and experts are in agreement--on an idea, a product, a person--we are encouraged to act, individually and collectively. You have observed this since kindergarten.

The new Stanford findings on global warming, presented last week at the Metcalf Institute, should promulgate crowd-driven insistence on prompt and sweeping action to reduce carbon emissions. Yes, the world is slowly en route to reducing dangerous CO2 levels, thanks to herculean efforts by governments, philanthropists, business leaders, academics, and others--the Paris Agreement is a milestone for this commitment. However, experts warn we are not progressing quickly enough.

Simply by asking the right questions, we now know how the American public feels about climate change. The results are dizzying.

"This is huge," says Krosnick. "You never get three-quarters of Americans agreeing on anything!"

The PPRG team conducts state surveys to determine regional beliefs and opinions. For a decade of data collected across 47 states, a pattern of awareness emerges: 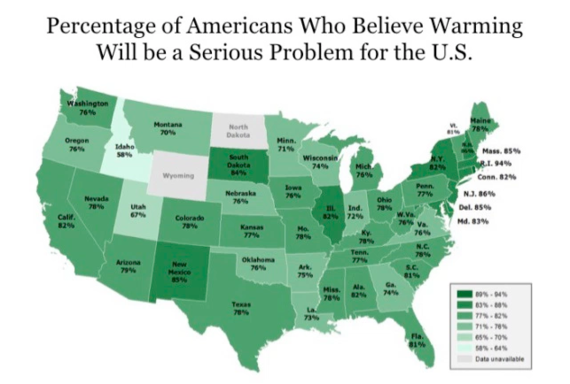 "On so many issues Americans are divided about 50-50, but that's not true of climate change," Krosnick adds. "We see that a large majority of Americans understand that global warming has been happening, attach a high priority to it for government and individuals to address; and they support a variety of policies to reduce carbon emissions and mitigate impacts," such as sea-level rise and extreme weather.

Alexander Verbeek, founder of the Planetary Security Initiative, observes that many people are beginning to experience climate impacts in a personal way. Maybe you were planning to go to Paris, with the Mona Lisa on your bucket list. But Paris experienced a 3-day deluge early in June, causing Louvre curators to hurriedly move treasures of art and antiquity to higher ground. Museum-goers had to revise their plans. A prompt analysis by scientists at World Weather Attribution estimates that global warming increased the possibility of such extreme precipitation by 80% for the Seine River basin. People noticed. The French Open tennis tournament was delayed, the metro closed, and riverside cafes were shut.

Behavior changes when you simply cannot carry out your plans as expected--and awareness builds.

Verbeek predicts that social conversations will soon be about the moment you realized that you were witnessing climate change for the first time. "It will be the 'Where were you?' question of the next decade," he says.

I asked Professor Krosnick how he plans to share his findings, lest they merely languish in academia.

"It strikes me that we social scientists have done our part," he replied. Now we need to take the data viral. "I think that American democracy would be helped by billboards advertising the results of reliable surveys documenting the one-sidedness of America on this issue. That might be the only way to bring perceptions of the public into line with the realities of the public."

Among you, readers, I know we have expert creative communicators. Please consider this an invitation to create Professor Krosnick's billboards. 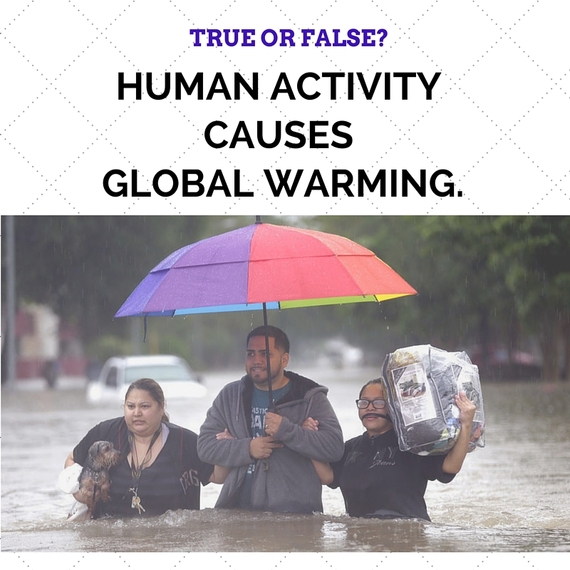 Photo: Flooding in Houston, by David J. Phillip/AP via NPR.org.jpg