Anthropologists John Ziker, David Nolin, Matt Genuchi and Kathryn Demps decided to try to find out. They recruited a non-random sample of 16 professors at Boise State University and scheduled interviews with them every other day for 14 days. In each interview, they reported how they spent their time the previous day. In total, he collected data for 166 days.

It's a small, non-random sample at just one university, but here's what he discovered.

All ranks worked over 40 hours a week (average of 61 hours/week) and all ranks put in a substantial number of hours over the weekends: 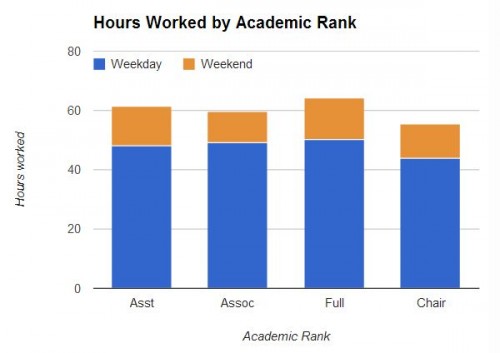 Professors, then, worked 51 hours during the official workweek and then, in addition, put in ten hours over the weekend.

What were they doing those days? Research, teaching, and service are the three pillars of an academic workload and they dominated professors' time. They used weekends, in particular, to catch up on the first two. The suspension of the business of the university over the weekend gave them a chance to do the other two big parts of their job. 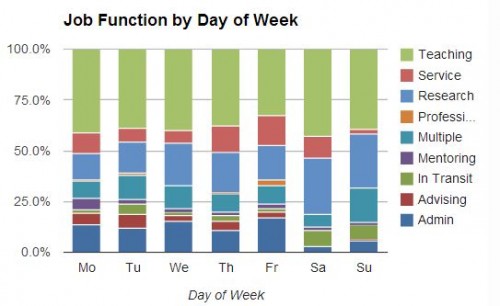 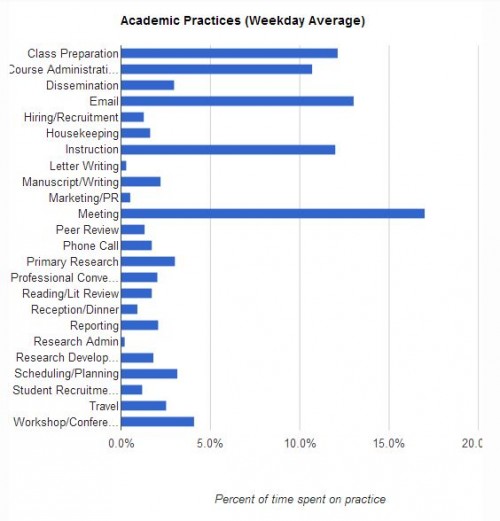 This was just a first phase, so we can look forward to more data in the future.