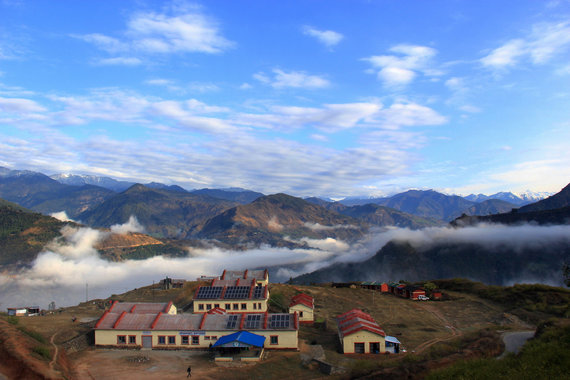 At a café near my house, there is a Make-A-Wish donation box next to each register. The boxes are always filled with change and the occasional dollar bill, and each box displays a photo and story from a local Make-A-Wish recipient child. It's difficult not to be moved by their stories, but I resist the urge to drop my 50 or 75 cents in with the rest.

As of March of 2012, the average cost of granting a wish with Make-A-Wish America is $7,500. As a point of comparison, the cost of deworming a child in sub-Saharan Africa through Schistosomiasis Control Initative, a highly effective charity recommended by the evaluation organization GiveWell, is approximately 80 cents. Given that snails and worms are some of the more deadly animals on the planet, I prefer to give to an organization that prevents illness and death in the most vulnerable communities in the world.

I make this decision because I am a proud proponent of "effective altruism" -- a movement which values evidence and reason when choosing how best to direct our efforts to improve the world. Effective altruists, because we tend to emphasize numbers and accountability, are often told that we lack empathy. When I decline to give money to organizations in my community or to the favorite charities of friends and family, I am seen by some as cold or unfeeling, turning my back on issues close to home. It is true that for a long while, my charitable contributions were ruled by which charities best tugged at my heartstrings.

But for many would-be altruists, the most difficult decision will be choosing to give at all.

Numbers turned me into an altruist. When I learned that I could spend my exorbitant monthly gym membership (I'm too embarrassed to write the amount here) on curing blindness instead, the only thought I had was, "Why haven't I been doing this all along?" That question changed my life. I read Peter Singer's book The Life You Can Save in less than 48 hours. I rethought all my financial priorities. Because sentimentalism had ruled my charitable choices up to that point, effective altruism was like a beam of clarity, and it told me not that I had been doing everything wrong, but that I could make my good deeds even better by shifting my perspective on empathy, optimism, and giving. If I stand by my conviction that all lives have equal value, I can't pay attention only to the people who happen to live nearby. 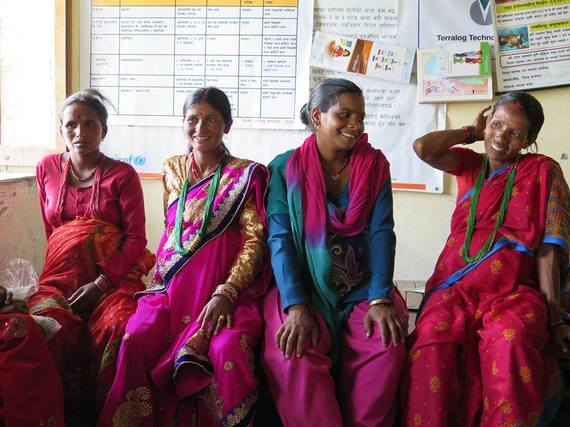 Women at a Possible healthcare clinic in rural Nepal

So, to be honest, my critics are right: I do turn my back on the problems at my doorstep, but it's because for as many stories and photos I've seen in my community, I've seen just as many stories and photos of the patients at Possible's clinics in Nepal and GiveDirectly's families in Kenya. To say that the life of a child close to me is more valuable than that of a child who lives on a different continent is to fall victim to parochialism and to deny the interconnectedness of all human lives.

Of course there's nothing wrong with giving to Make-A-Wish or other charities that are significant to you for whatever reason. I abstain from that support not because I find something necessarily wrong with these charities or causes, but because there are a few outstanding organizations who can help a greater number of people in a more sustainable way. That's what effective altruism is about, and it's the same kind of evaluation we do every day: choosing the gas station with lower prices or the grocery store with higher-quality produce, all other things being equal. In this case, that comparison includes the recognition that all human lives are equal and deserving of our support.

Though we appreciate numbers, analysis, and progress reports, we effective altruists do not turn our hearts away from the moving stories of people whom we can help - after all, that's why we choose to give in the first place! Given the thousands of stories and causes that move us to give, it may seem impossible to discern where our empathy can improve the greatest number of lives. Organizations like The Life You Can Save and GiveWell, as well as Peter Singer's new book The Most Good You Can Do, show us just how great a difference we can make.

In the brilliant commencement address that Bill and Melinda Gates gave at Stanford University in June of 2014, Melinda begins the last portion of their 25-minute speech by saying, "Let your heart break. It will change what you do with your optimism."

Altruism is inherently optimistic. In spite of the doubtful voices that tell us that the issues of extreme poverty are simply insurmountable, we give because we know exactly how great a difference our few dollars can make. I don't feel that I have closed my heart to the challenges in my community by giving to international charities; if anything, my heart has grown (and breaks, and continues to grow) upon recognizing the incredible impact that our aid can have throughout the world.

A version of this article originally appeared on The Life You Can Save.