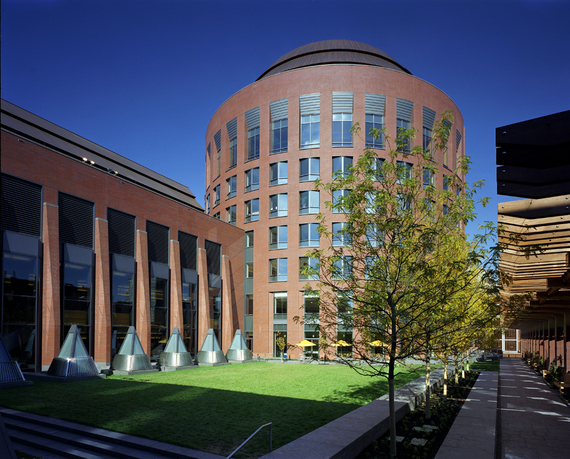 "The early bird gets the worm." At no point in history has this time-tested idiom been more relevant than it is today. Millennials are a generation of early birds with bigger, better ideas than their predecessors would like to admit. Young people, while somewhat lacking in the skills which were once essential to day-to-day functions, have trained themselves to be more talented in the arts, sciences, technology and other marketable fields. The Millennial Generation is perhaps host to more so-called Renaissance Men and Women than any generation that came before, due in large part to the increasing availability of resources in the era of information.

That said, this decade's buzzword is the "startup" - but I find that to be somewhat misleading. Your typical tech startup is just the tip of a massive iceberg of innovative ideas spanning across many, many industries. What's remarkable is not the sheer volume of entrepreneurial ventures in a market where barriers to entry are being knocked down by an increasingly well-educated populace. No - what's remarkable is how young these innovators are. They're so young that their minds have yet to fully develop from a biological perspective.

At the same time, the Millennial's mind is malleable in a way that reflects the higher fluidity of intelligence associated with youth. Combine fluid intelligence with field-specific expertise and the door to entrepreneurship is opened. What young people often lack is the latter, a product of crystallized intelligence which strengthens with time. That's why education - specifically in practical skills - is more important than ever in any given profession. We've all heard the gospel of STEM, but very few emphasize financial literacy as something teenagers and young adults should be learning about.

It's in the spirit of educating an ambitious audience of financially illiterate college students around the globe that student-run financial startups like Ivy Capital Management exist. ICM is a corporate-backed investment fund started by David Zhao, Jeff Sheng, and Michael Cheng, all of which are students at the University of Pennsylvania and all of whom have extensive entrepreneurial backgrounds. Abhinav Karale, Adam Kirsh, George Chen, Hersh Solanki, and Jun Yoo helped raise capital, launch the fund, and act as board members. Other investment partners include Alex Kamen, David Cheng, Rohith Venkataraman, and Taylor Martinez. A team of administrators helps run operations, marketing and events for the company, while a team of analysts makes pitches on feasible stocks to buy and recommends investment strategies that hedge against risk.

As for me? Well, ICM has inspired me, to say the least. When you're surrounded by amazingly accomplished and intelligent people it's easy to feel dejected, inadequate, inferior. It's the classic little fish-big pond effect. On the other hand, I think that we should take others' excellence as a source of motivation. They're not just peers, but role models. With that mindset, you strive to better yourself, to educate yourself, and perhaps to even achieve the same degree of success that your motivators have. Just as I want to learn from my peers in the organization, ICM hopes to inspire other young individuals to invest, to create, to learn.

More specifically, ICM's goals are twofold. The first is to create a family of investors. ICM wants to foster a strong sense of community and trust in order to establish a creative learning environment. By combining the diverse perspectives of partners, administrators and analysts, investment strategies are discussed at greater length. Not only that, the creation of a Code Academy-like online tool for the basics of finance becomes easier due to the company's integrated top-down management approach. The end-game is to give anyone interesting in investing access to our programs. The fastest way to get there is by implementing strong structural guidelines to expedite the process of launching our new initiatives and projects.

The second is to generate outsized profits and to create a robust, scalable alternative investment model which can be replicated globally. Currently, the fund has plans to expand to other universities like Harvard, Princeton, Stanford, Columbia and NYU Stern. With $500,000 in assets under management at Penn and hundreds of thousands more in AUM at the company's upcoming branches across the states, ICM already has a sizable fund for a student-run organization. Our goals stretch both into the near and distant future - we want to complete the development of our marketing packages, online lessons and investment strategies as soon as possible, but also want to spread our best practices to all other branches in order to create a unified model in the long-run. The final hurdle? Moving overseas, to satellite branches of American universities in Asia and other major institutions of higher learning like Tsinghua University, Peking University and Tokyo University.

I've found that the principal tenets on which we operate are not only relevant in business, but in life as a whole. Yes, the members incorporate a lot of their basic management principles into the structure of the organization. Yes, many members are interested in wealth management and finance. But there's just so much more to take away from the team by seeing what they do, who they are as individuals. Founder David Zhao values "diversity in perspectives and experiences" - he believes in the wisdom of crowds. In his words, "ICM was started with the mentality that the best way to learn anything is through deliberate trial and error. Failure is not seen as an obstacle but rather a vital part of the learning process. Each failure now moves us a step closer to future success."

Finally, when asked about what advice they could give to young, aspiring entrepreneurs, the partners had this to say:

"Having great ideas is not the most difficult aspect of entrepreneurship. It is the execution of any idea that proves to be the biggest obstacle for any entrepreneur. Even then, it does not stop there. You must keep on working at it - constantly revising and adjusting your formula until you come upon a barely working solution. After that point, it is a matter of continually improving upon on it more and more - pushing towards to the ultimate vision you have in mind. It is an emergent process with no real end point."

Undergraduate student at the University of Pennsylvania with a prospective major in Mathematical Economics.