I know what you're thinking (I'm so psychic). You think because you don't recall dreaming about money there's something wrong with you, or you've not properly programmed your subconscious mind for success, right?

First of all, our dreams take place in the part of the brain known as the "association cortex" in the limbic region... not in the prefrontal cortex, where our day-to-day rational/logical thought resides.

In other words, the language of dreams is mostly symbolic and rarely literal.

So, if you're stressed about money in your waking life, you might find yourself dreaming of a leaky faucet, animals fighting over food, or your teeth falling out.

In fact, teeth falling out in dreams is believed to be directly associated with financial stress because on a primal level our pearly whites -- or lack thereof -- were associated with survival (if we didn't have teeth we couldn't eat). And in the jungle of our modern lives, without money, we fear not having the leverage to survive... much less thrive.

Money Dreams Preparing You for a Windfall 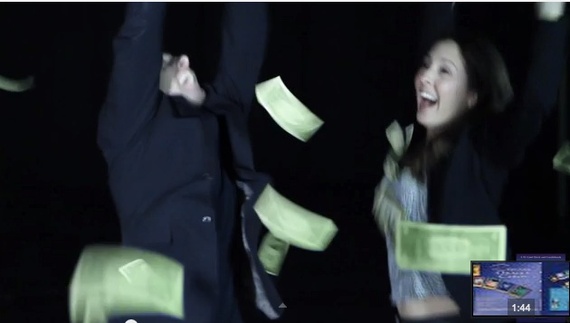 On the other hand, the telltale dream signs that indicate your subconscious (dreaming mind) may be preparing you for a financial windfall are:

• Doors opening for you
• Swimming without need for breath in the ocean next to a friendly whale (symbolizing that you're having a whale of a time in the cash flow department of life)
• A flood (symbolizing that the floodgates are open and you need to get ready to handle more abundance than you know what to do with)
• Being at a party (symbolizing the anticipation of a forthcoming celebration)
• Being given keys to an important room, house, or car (symbolizes the fact that you are allowing your drive to be aligned with your inner GPS which is steering you in the right direction).

Money Dreams Don't Mean What You Think They Mean... Know What I Mean? 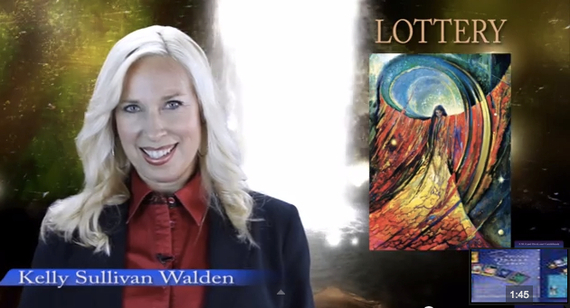 Now, if you do dream about actual money, that doesn't necessarily mean that you are coming into financial wealth (sorry -- don't shoot the messenger). Remember, our dreams speak in the language of symbols. When you have a dream that features cash, a check, a credit card, or a winning lottery ticket, ask yourself the question:

"What does money represent to me?"

It could mean that you are finding a sense of self-value, respect, power, esteem, influence, freedom, and/or reward for work well done.

Money Itself Is Just A Dream!

Remember, money is the ultimate expression of how symbolically we humans think and operate (don't shoot the messenger). You might recall that once upon a time we used to trade cows for chickens, or horses for donkeys, carrots for apples. In fact, in third grade I used to trade my peanut butter sandwich for my friend's Hershey bar. (I definitely got the better end of that bargain!)

These days, most of us have traded in our "cash cows" (so heavy and smelly) for green slips of paper, or plastic cards with numbers (much more elegant) written on them that tell us what we are worth or what we have available to spend. Talk about living in a waking dream world.

Last but not least, we all dream between four to nine dreams every night. And most of us are jolted out of bed so quickly that the majority of our dreams are lost, discarded, and forgotten about so they never make it into our long-term memory bank.

Among those dreams left on the scrap heap could be the guidance to score your next (or first) fortune, the winning lottery numbers, which horse to bet on at the track, and/or where to move your investments.

Bernard M. Wagner, M.D had a recurring dream about an obscure Biotech stock called ICOS. Because of this series of dreams, he bought about 40,000 shares of ICOS, using his entire life savings, for around $4 a share. When he sold the shares in 1998, they were worth $28 each, which works out to over $1 million in profits.

The moral here is don't take your dreams lying down.

Also, don't sweat it if you're not literally dreaming of money, because you most likely are, even if those dreams are wrapped in symbolism that might require some decoding (that's why you need me in your life).

No matter what, think about this:

If you have any amount of money in the bank you are among the top 8 percent of the world's wealthy. If you can read this message you are more fortunate than 3 billion people in the world who cannot read it at all.

And the fact that you have the time, inclination, and wherewithal to worry about what it means if you dream about money... symbolically speaking, you've already won the lottery!

May your richest dreams all come true.

More:
Moneysigmund freuddream-interpretationhealthy livingshaman
Newsletter Sign Up
The essential guide to taking care of your mind and body
Subscribe to HuffPost’s wellness email
Successfully Subscribed!
Wellness delivered to your inbox