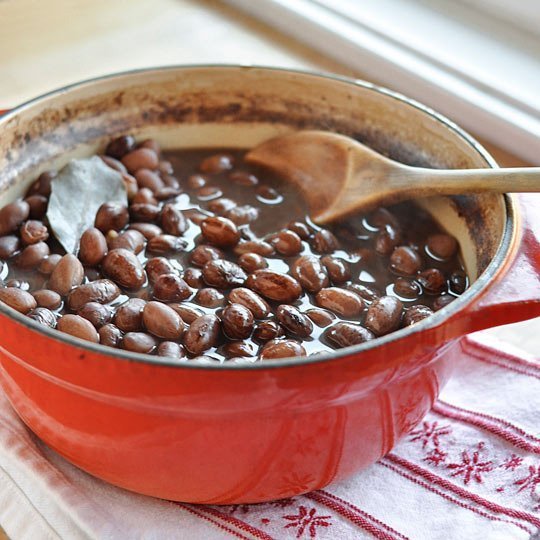 I'm pretty sure that I broke my stove last Sunday all because I was trying to be what I thought was a good Latina mom.

A few weeks ago, I volunteered to chaperone an overnight camping trip with my youngest daughter and her first grade class. I was really looking forward to our time together because since January I've been traveling so much that I stopped fully unpacking my suitcase after each trip. Let's just say family time was feeling few and far between. I think I needed this camping trip as much as my daughter did.

But just like any other trip, there were mouths to feed at home, and like a good Latina mom and wife, I began cooking the day before. Whenever I leave on a trip, I always make sure that my gringo cowboy (a.k.a. husband) has plenty of good food to eat. As such, I've gotten into the habit of leaving him pre-cooked meals for every night that I'm gone and this trip was no exception.

Being the fiercely independent type, I never envisioned myself wanting to fit into what some might refer to as a "stereotypical Latina role," but after 10 years of marriage, one of the biggest lessons I've learned is how much it means to my husband to have a warm, home-cooked meal.

And so began the cooking marathon.

The first meal and dinner on Sunday, was arroz con habichuelas. It's my daughter's favorite thing to eat.

The next two dishes I started simultaneously and I think if I hadn't turned the oven on, the whole incident might have been avoided. But I was feeling guilty, and I do crazy things when I feel guilty. When my 9 year-old came up and asked if she could make a batch of chocolate chip cookies I should have listened to my gut telling me "You still have laundry to do and you haven't yet packed." But it was a premixed bag and all she needed to do was add an egg and butter and it would be done. So, I dialed the oven to 375 degrees and kept cooking as she stirred that mix with the vigor of a child who's just been given permission to do something she thought she would never do by herself.

I was on the home stretch. Three out of the four burners were going and the first batch of cookies were in the oven. "I'm such a rockstar" I thought as I reached over to turn on the last of the four burners on. "I've got this," I told myself and that's when I heard a loud pop! It's also when all the lights went out in the entire apartment.

I stood in disbelief in front of a stove still determined to cook the food I'd planned to make for my family. The boiling water was still cooking my leeks, the hot pan that was frying my pork loin still held the promise that the gringo cowboy would continue to feel loved and appreciated with these meals. The reality was however that the meat would never fully cook and the veggies, in all their glory, would get soggy and have to be thrown away.

The lights never came back on that night. In fact, they weren't switched on until 3pm the next day.

I felt terrible. I had to borrow my daughter's camping headlamp to clean up the kitchen and then pack my bag for the camping trip the next day. I couldn't shake the feeling that somehow this was my fault. If I hadn't tried to make three meals and bake cookies, there would be light! "If I only I was a better Latina mom, I wouldn't be in this predicament. My mother did it every night of the week and she had a full time job -- why couldn't I do the same!?"

What I realized the next day while breathing in crisp mountain air and hiking up a mountain with a bunch of 6 year-olds was that I was connecting my worthiness as a Latina mom and wife with my ability to cook for my family. My guilt from traveling so much was making me crazy and I realized this entire thing was happening in my own head.

I began to ask "What is the litmus test for good Latina mom anyway? Do we get a better grade based on how much we cook for our family on any given week? How clean our house is? How well our kids speak Spanish? How neat and clean we can keep a home?" I learned that being a good Latina mom and wife isn't about any of these things, it's about being the best mom (drop the qualifier) I can physically, emotionally and mentally be for my family regardless of where I am.

So maybe my gringo cowboy didn't get the yummy, pre-made, love-on-a-plate meal that I wanted to make for him, but I know he appreciated the valiant effort. In this case, that's all I could hope for given the circumstances.