Are you a feminist? When the New York Times recently posed this question in a front-page news story some young women professed bafflement as to what that even meant. Such confusion in turn causes older women to lament a generation unappreciative of its hard-won gender battles and, as we've learned this election season, to endow a pitchfork in hell for each of these insolent young apostates.

But these young women are right. We need to recognize the paltry limits of the word instead of blaming them for rejecting it.

I've been asking what it means to be a feminist since the 1980s, attempting to first articulate these thoughts in a story I wrote for the Village Voice, where I worked back then. The question felt urgent because the college professor who helped shape my feminist thinking had become a pariah among liberal feminists. Because I was a young liberal feminist fresh out of the university their response left me struggling to define what it meant to be part of this social movement.

My professor was a political scientist who urged me to read all the nonfiction feminist writing of English novelist Virginia Woolf. The professor talked about her own difficulties rising through the ranks of academia ("we don't hire women," she initially was told). When she mentioned to her mentor, an eminent political scientist, the book she planned to write about women in government, he responded, "But Jeane, you don't have a subject there." I listened attentively, longing for the buoyant canopy of intellectual confidence she possessed that navigated each of these leaps for equality into a steady landing.

Jeane (who didn't have a subject there) was Jeane Kirkpatrick. Her name probably means little to today's socially engaged young women, but before Samantha Power and Susan Rice, Kirkpatrick was the first woman to serve as the United States Ambassador to the United Nations and the first woman foreign policy cabinet member.

Except the president was Ronald Reagan. Kirkpatrick, a Democrat when I knew her who told me she planned to support Teddy Kennedy for president, had become a foreign policy hawk and subsequently was plucked by Reagan for this post. Her conservative political philosophy outraged feminists, and although Kirkpatrick became one of the most powerful women in American history, the editors of the Handbook of American Women's History intentionally excluded her from this reference book.

I shared their outrage about Kirkpatrick's foreign policy views (she famously argued that totalitarian regimes were always intolerable, but it was in America's interest to support "friendly" authoritarian ones). But does feminism mean that we (whoever the self-determined "we" are) get to handpick our feminists and deny Kirkpatrick the label that she used to define herself?

Virginia Woolf had the prescience in the 1930s to recognize that the problem may lie in the word. She argued that after women's right to earn a living had been won, the word "feminist" should be thrown out of the language if its only meaning is "one who champions the rights of women." Within the meager limits of this definition, "a dead word, a corrupt word" exists. If the word is destroyed, wrote Woolf, in the cleansed air we could see the task ahead: "Men and women working together for the same cause." (Woolf's cause was fighting fascist tyranny.)

It may be impossible to find an all-inclusive definition for feminism because a woman's struggle to find a place in the world is rooted in, and reflected by, the prism of her own experience. Contemporary American feminism has primarily come to mean championing women's autonomy and challenging the privileging of male over female. But a feminism that is chiefly about autonomy is bound to liberate one person at the expense of another -- as witnessed in women's victory to secure the right to earn a living. The professional mother too often is "liberated" by the nanny who scrambles to find care for her own children.

Many college women also can't relate to feminism because the autonomy they experience during their time on campus is unique and irreplaceable. But these young women may confront boundaries later, especially if they choose to become mothers. Nothing cleans all the wonder and mess of personal freedom like a diaper wipe.

Contemporary feminism carries with it a troubled legacy of affirming equality without reconciling the reality of dependency -- one that has contributed to our country's shameful lack of family policies. The challenges inevitably arise when nurturing and raising another human being. That's where the tenets of mainstream feminism, based on the Enlightenment values of equality, autonomy, and self-determination, have always seemed inadequate.

Men and women need to work together toward the same cause -- a society in which every member has the opportunity to flourish. Meanwhile, let's not get stuck on the word feminism -- or at least recognize that its paradigm-shifting radiance dims when pitting one woman's fulfillment against another's. 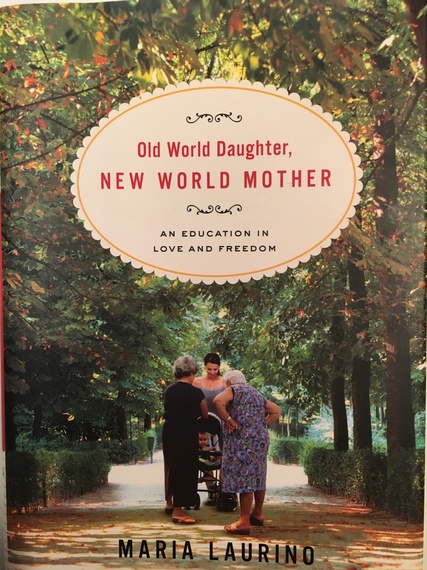 Author, "The Italian Americans: A History"