When he was just a boy, one of the first movies that really stood out for Donald Rosenfeld was the epic World War II film, Bridge on the River Kwai. "My parents first took me to the Cinerama at age five in St. Louis where I grew up, probably because there was no babysitter available that night," he recalls. In fact, many images from the film continue to stay with him. And the movie's essential concepts came to represent the nature of producing films. "You have to build this thing and yet remain conscious that you're also in the world. Because you can lose your life, (or your movie)," Rosenfeld explains. "You need to have a foot in the mad quixotic void of making a movie, but also be able to remain a centered human being. And I think that's often forgotten in Hollywood today."

He was also enchanted by the Robert Aldrich classic The Longest Yard which starred Burt Reynolds. "It's set in a prison and about a football game. It showed me that you could make a movie about something impossible, which no one would ever do based on potential commerce alone," says Rosenfeld.

Yet, somehow the film lives somewhere between total tragedy and comedy, and survives. And a magnificent movie was created breaking all the rules. If you create movies based on Instinct and passion rather than demographics and marketing concerns, you have a chance at greatness.

Since the the 1980s, Rosenfeld has been producing great movies like Howards End, Mr. and Mrs. Bridge, Remains of the Day, Surviving Picasso, Tree of Life and Jodorowsky's Dune. Rosenfeld was the President of the esteemed film company Merchant Ivory Productions for more than a decade.

And just last month, he debuted the film Effie Gray starring a stellar cast of actors including Dakota Fanning, Greg Wise, Emma Thompson, Julie Walters, Tom Sturridge, Derek Jacobi, Robbie Coltrane, David Suchet and Claudia Cardinale. In Emma Thompson's original screenplay, based on a true story, a teenage Effie Gray, and adult art critic John Ruskin are in a loveless unconsummated marriage during the Victorian era when divorce was not an option. "It's a very modern story that seemed alive," says Rosenfeld. "There's just so much about marriage, about discontent."

While many are intrigued about movie making, most don't really know the nuts and bolts -- what it actually takes to get a film to the screen. Rosenfeld shared the nitty gritty of what producing a film involves.

Hire a great diva-free actress like Dakota Fanning to star in your film.

Every day, she's grateful for all. She's like Paul Newman who I worked with on Mr. and Mrs. Bridge. They embrace the luck of their life as opposed to resting on their laurels. They're really out working. They're out trying things. She's like a great Hollywood star from the Garbo era.

Also, Dakota knew everybody's name from the smallest crew member to the most elevated. She was as interested in talking to Emma Thompson as she was our Key Grip and Electrics. She's a real person and that's not that often the case, especially with people who have grown up in this business.

It can go either way. But she was completely engaged. One day she was sweeping the streets with me when we had to rush and get a set ready. She was always saying, 'What can I do? Put me to work.'

When making a movie, expect the unexpected and carry on.

Movies are full of tremendous disasters -- natural and otherwise. On the Ballad of the Sad Café a tornado literally brought down our western town set. We had rented Willie Nelson's property and the set just disappeared!

We rebuilt it all and then 45 days later continued shooting. But then the IRS came and locked up the whole set because Willie had some tax issues -- we weren't allowed access to our new set. We eventually enlisted Senator Moynihan to come and fight for us against the Revenue Service foreclosure, and we were able to finish the movie.

That movie was just fraught with problems. But you solve them. And sometimes those problems lead to a better movie. So many times people say, 'It's raining: we cannot shoot today.' But rain in general looks beautiful on film.

I say, 'So we'll shoot something. Let's make something out of it.' And some of those shots become the most beautiful shots in the movie. Whatever befalls you, you have to continue shooting your movie -- especially on location with a tight budget.

Every day is different and kind of a performance. You are taking care of 150 to 200 people. And you have to be resilient and open to that actual day. It really is exciting. You have to keep people inspired and entertained and keep morale up.

You have to figure out a way to do it every day. When I was down in Texas and we had a terrible tornado, we had Vanessa Redgrave, Rod Steiger starring in the film. We had Walter Lassally on camera, who had shot Tom Jones and invented something called Day for Night which allows you to shoot in the day but it's night.

We had Willie Nelson there because it was his ranch and we had Waylon Jennings and Kris Kristofferson.

I called Zakir Hussain who's a great tabla player who had done film scores for us. He's now become a kind of a rock star with the Grateful Dead: I said, 'You're coming down here.' He said, 'What do you mean?'

I said, 'Where are you?' He said, 'I'm in San Anselmo, California. I'm not going anywhere.' I said 'you're coming here.' So, he finally came and he did an Indian Rag, playing all night. Willie eventually joined. Waylon Joined and Kris Kristofferson, who was visiting Vanessa Redgrave, In the end we had a concert and crew and cast party that went on forever.

We brought in wagons of beer and barbecue. I have to say for the next six weeks, my crew was pretty happy. And these were 115 degree days with rattle snakes everywhere. Willie and his family were amazing. They took such good care of us.

The film producer is responsible for everything.

It's as if the director is the errant son and the producer is the father. The only directors I know who are kings are their own producers -- people like Steven Spielberg or Francis Ford Coppola who are also producers.

That's when a director starts to really run the show. On my movies I choose who works with the director, whether it's the art director, the costumer, composer or the actors. I'm the final word. I certainly permit my director to come and be part of it and I'll listen to him.

But I have final cut of the movie. I finance them independently: So I make my movies with the huge collaboration of 200 people!

But the bottom line is we make them very cheaply but beautifully, so the money's on screen. I have a producing partner, Andreas Roald, who's a former Norwegian television star turned producer. And he's been an incredible complement to what I do and an all-around good guy. He and myself really decide everything.

A good attitude will get you far.

Producers watch everything. I watch all the footage. I can tell people, we really blew it or we have to do more. In so many cases you're far off and away, so you've got to find a way to make things work and you do.

Sometimes I'll fly out, look at footage and fly back four hours later. A movie is something that you experience. It's not perfect. If it were, it would be ugly. The beauty of movies is that something great can come out of near disaster, something beautiful that comes out of even mistakes.

Sometimes I'll jump in and be in a scene because we've lost an actor. I can be the back of their head. Whatever it takes you do it. You do what you need to do. But most of all you're thinking about tomorrow.

You're thinking things are going this way today. How are we going to get tomorrow to be even better? How can I make that happen? How can I make it work? And you do it. And it's always a challenge, but a happy challenge because you're making your movie. How many people get to do that?

Being a film producer is like being the captain of a ship.

Almost every shooting day, you're the captain. But you also have to go down with the ship. i am blamed for everything. Everyone has demands and needs and often excuses, And the reality is you have to stick by the movie and be the one who's smiling.

One thing (producer) Ismail Merchant showed me from the beginning is no matter what happens, you've got to get it done. But you also have to do it with some level of kindness and charm because we're making these movies from our hearts.

Find material that you love and feel passionate about.

I loved Effie Gray. Until this point, you've never seen a Victorian movie about people like us, They're always about the kings and queens and Victoria and her lovers or young Albert.

I just couldn't find a Victorian movie that wasn't based on a novel, that was real - that actually dealt with non-aristocratic, non-royal people. Where we could get some sense that this fascinating era is the beginning of the modern age. I thought you can only do it through people who aren't hidden in the history with all the regalia.

Effie Gray had been taken out of an idyllic, agrarian life up in Scotland. She's brought down to London and she thinks the city's going to offer great wonders. She really got into this hopeless arranged marriage.

Emma had been reading Parallel Lives:Five Victorian Marriages by Phyllis Rose. I knew the book and the stories. And I really wanted to do something original with an original script.

There's just so much about hope filled marriage, met with sadness and discontent. It's a very modern story and seemed alive. I thought let's go make this. 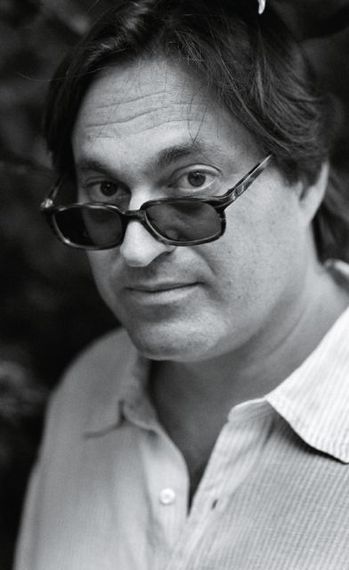 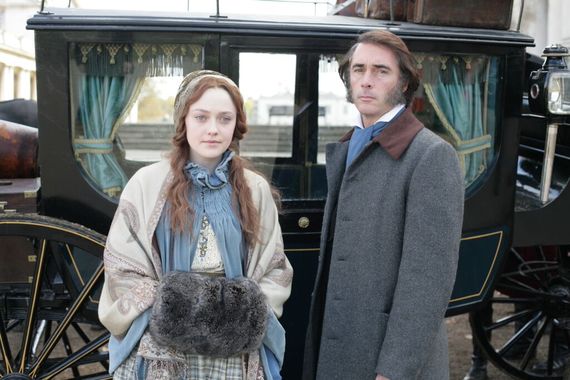 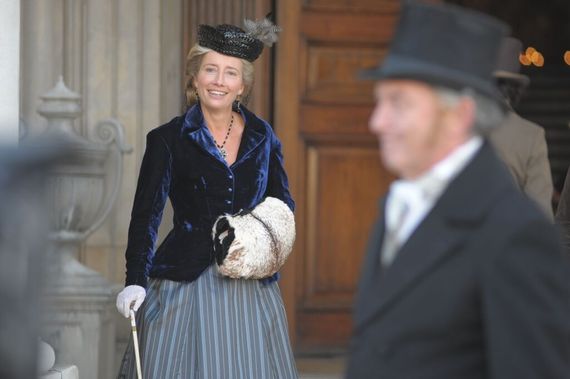