There have been a lot of articles and blogs lately wherein the value of an art education is called into question. People with art degrees can't get jobs in their fields, they are saddled with debt, and galleries are already overloaded with artists. Thousands of art degrees are conferred every year from art schools and art departments across the country, and obviously most of these people are not going to succeed as artists because the world can't hold so many of us. Twenty years after graduating from a major Midwestern university I asked a former professor how many of his students had become true artists over the three decades he'd been teaching. He looked at me sadly, "I'm talking to the only one!" Then he added a couple of others. Only one or two per decade... and he was a great teacher.

I've been teaching painting for nearly twenty years, in or near Los Angeles. I had a short stint at USC, twelve years at Pasadena's Art Center College of Design, and a number of years at Laguna College of Art + Design where I'm currently an associate professor with the MFA and BFA departments. My track record is a little better than my former professor's. I'd estimate at least forty of my former students have become independent working artists, selling work that expresses only their own ideas. The work of some of them populates this blog. Hundreds of other students of mine have gone into illustration, teaching, art direction, animation, publishing, video gaming, set design, and gallery work. 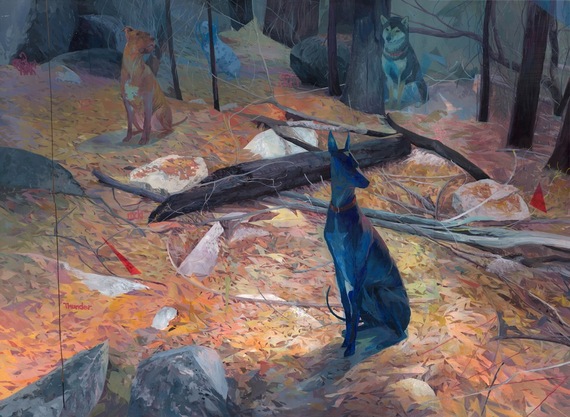 This moderate success is not a result of my own teaching, as I'm not as good a teacher as my aforementioned professor was, and there were many other excellent teachers involved in the education of the artists I had the privilege of instructing. However, there are identifiable factors I would like to mention that impact whether an art education will result in a successful career as a fine artist.

Location can impact success. I've taught in a major metropolitan area where there are enough collectors and galleries to support budding art graduates, where there are museums and art centers to codify their achievements, where critics abound to write about them, and successful colleagues are there to inspire and compete with. This doesn't mean you won't be successful if you aren't near a big city, it just makes it easier if you are. 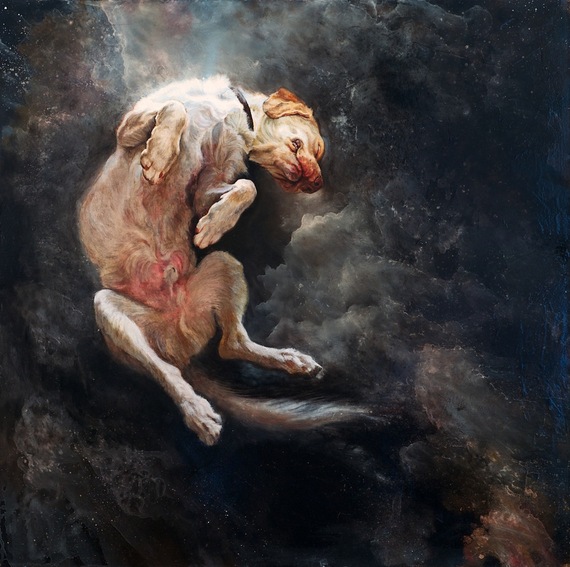 Connections begin at the school level, and branch out from there. Your fellow students are your first and closest link in this intricate web, and with luck their success will be shared, and vice-versa. A faculty that exhibits in important markets and that is willing to share their hard won art world network helps short-cut the process. Ignore networking and an art career is nearly impossible.

Institutional focus also plays a role in potential success. Rather than an art department that tries to do everything, I teach at a school that aims to produce representational artists. LCAD focuses on the skills required to draw and paint observed reality, and then teaches you to use that toolbox to create meaningful works. There is no institutional conflict or infighting, no conceptual versus abstract versus realist argument. Students graduate with a strong foundation that enables a broad range of expressive and career possibilities. 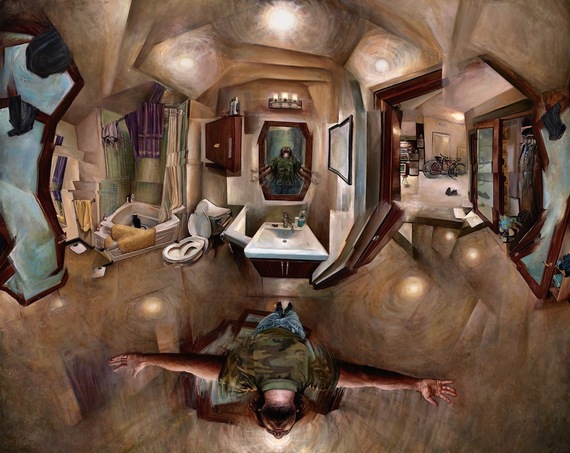 For me, identifying those that will succeed has come down to three requirements. First, SKILL. Some of this is inborn, some acquired. You do have to be good at what you do, but this is the least important of these three factors. With hard work you can usually make up for a lack of inborn ability, and the current art world is exceptionally forgiving of the unskilled, even to the point of lionizing clumsiness. I teach skills to representational painters, so I expect a bit more.

The second requirement is a POETIC MIND. You have to think and feel like an artist. Current popular and politically correct opinion holds that everyone is an artist. I disagree. I've seen spectacularly skilled realist painters who simply didn't have the poetic sensibilities necessary for making good art. There is a saying that "you can't teach content," but you can certainly help improve and enrich it. However, without that poetic spark you aren't going to make a meaningful connection to your fellow human beings.

I've had many students that exhibited these first two points in droves, but failed to launch. The third and most important requirement for artistic success is DRIVE. You have got to want it above all else, work like a demon, absorb defeat, be able to live on nothing, expect no praise, suffer like a martyr, and then maybe, with some luck, you will make a career of it. 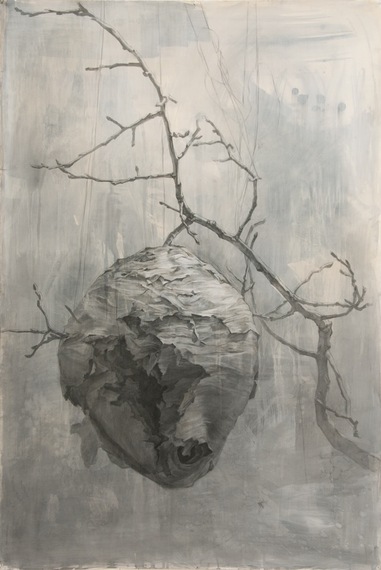 Here are some thoughts on the subject from some successful artists and former students:

Cynthia Sitton: "It always comes down to perseverance. Having a desire to make art is never enough; life gets in the way, at times creativity wanes, and doubts mount. Nothing but pure determination creates the work of art."

Andrew Hem: "Out of my whole graduation class only a few stuck with painting as a career. I think about that all the time and I wonder why. I think never giving up is the most important part to success."

Christopher Slaymaker: "As I got older I received a lot of positive feed back for the natural talent I displayed, which gave me fuel and desire to hone my skill. My art education was priceless. There's no other way I would have learned as much as I learned and improved as much as I did, in as short a time as I did. There is no book, "how to" dvd, or weekend workshop that could compare to two years of intensive MFA training."

Timothy Robert Smith: "Imagine meeting your future self who is coming back to gather information for a documentary on your life, and talk to this person about how it was done. That's how I think about things. It helps to wash away all of the petty, trivial bullshit, and focus on the real picture. The pain, struggle, and sacrifice just add the the story, as does every little victory and adventure."

Robin Cole Smith: "I invest years in understanding the world I hope to be a part of, making myself a known presence there, and connecting with others in an unassuming way.  When I do eventually make the leap of asking someone to recommend me, or asking a gallerist to take a risk with me, they look at me and my work and see someone they know, who cares deeply and acts with forethought, rather than a stranger asking them for a favor.  This has resulted not only in offers and opportunities I never would have expected, but in relationships of freely offered and consistently reaffirmed mutual respect. " 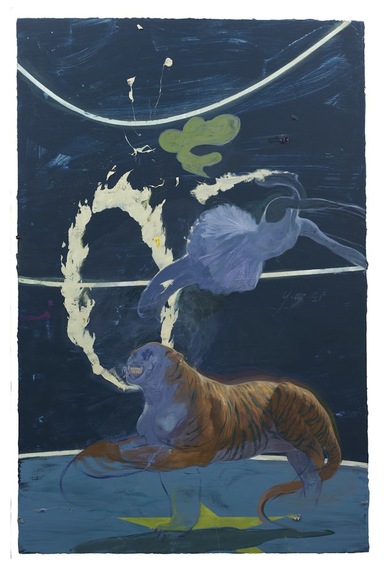 Ruprecht Von Kaufmann: "I read this quote the other day, that sums it up quite nicely: Luck is where preparation meets opportunity. My art education was incredibly useful. I still find that I have a much broader knowledge about the handling of paint than most everyone I know here in Europe. It's depressing how many of my fellow teachers think that turpentine is a painting medium, and have never heard of or used anything else. The solid foundation I was able to get out of Art Center was a great base, but from observing my own students I am convinced that the most important quality for an artist is grit. The inner drive to want to make and create. To have something to say and to contribute. With that I don't mean that self important question whether my work matters in the great scheme of art history. That will come by itself or it won't and just cripples any creative process from the start. But to just want to make something, the urge to create, not caring whether it's 'art' or 'important'." 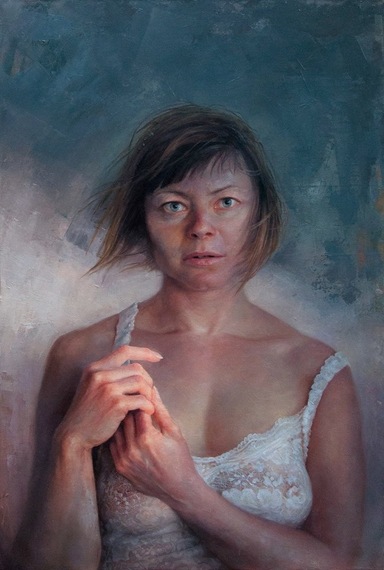 Alla Bartoshchuk: "The art education I obtained focused on developing technical skills in painting, drawing and composition, plus a contemporary multidisciplinary art education that encouraged conceptual thinking and experimentation. In my studio practice I inevitably mold these two schools of thought together creating paintings that are built on traditional values of representational figurative art, but which are also informed by contemporary art practice." 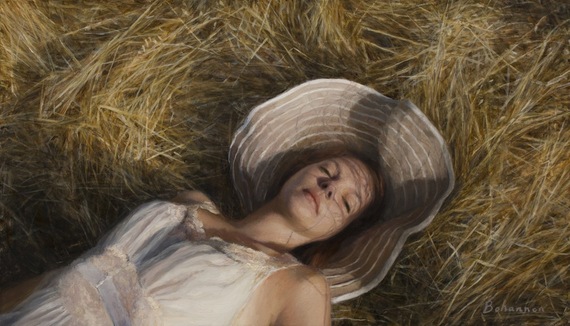 Candice Bohannon: "When other people my age were driving new cars, buying homes and having babies, I was struggling to pay rent, driving a 15 year old car, eating rice and painting like crazy.  I was judged, I was condescended to, and I was told to get a real job and get my life on track... it was humbling, but I didn't give up. My advice to graduating art students: Protect and prioritize your studio time, keep your expenses low and find a way to live off of a part time income so you can paint as much as possible.  Be tenacious, have patience, take wins and losses with a grain of salt, be humble, be confident, forgive yourself and others, keep learning, take criticism, take praise, learn a little about business, learn to talk about your own work, know yourself, remember why you love creating art, and don't ever give up." 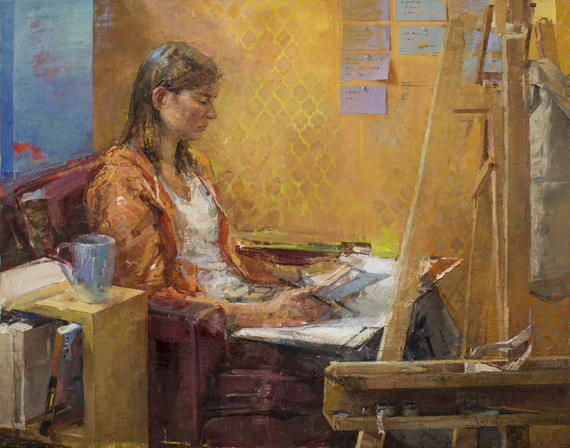 Zoey Frank: "I didn't wait to launch my career. I've heard advice to the contrary, but I chose to make my art publicly available as it was created rather than waiting until I had a body of work fully established. The art sales helped pay for my education, and I graduated with gallery representation, publications, and a livable income already established. I've said yes to almost every opportunity that has come my way." 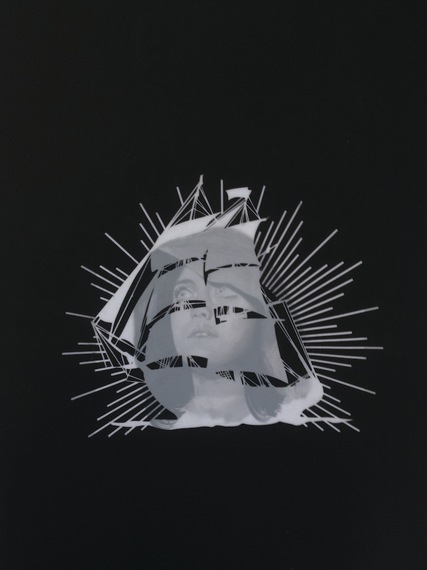 Shay Bredimus: "i was willing to take out loans and sleep in my car and eat one meal a day to attend art school and further my attempt at being a professional artist, I'm still willing to do whatever it takes to make it. I spent my rent and bill money on framing for my last show. Art is the priority and for that I would sacrifice anything. If you are trying to make it and you have not yet accomplished your goal, maybe ask yourself if you have truly given everything you possibly can." 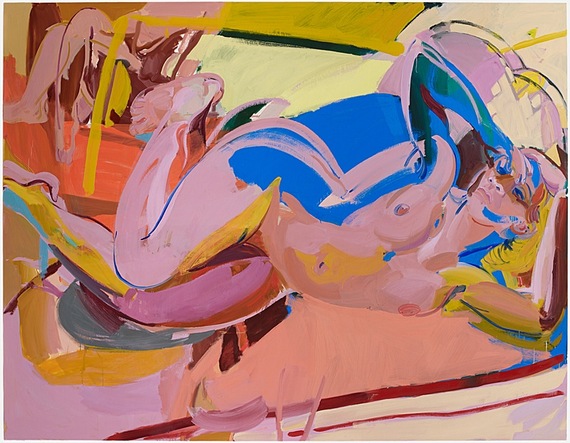 Sarah Awad: "Before art school, I thought the value of an arts education lay in the technical skills and knowledge of craft I would learn as a student. While I certainly acquired a certain level of expertise, most of what I gained from my arts education (and that is two and a half degrees worth!) was really the entrance into a community and network of working artists and the challenge to think and express thought as form - to make and think together. Without these two things, even if I had learned how to paint the perfect [insert any representational figure], my education would have been somewhat useless."

Julio Labra: "My teachers broadened my periphery on the artist I could be. This gave me a better understanding of the direction I wanted to take, and once I knew where I wanted to go all that was left for me to do was simply my best." 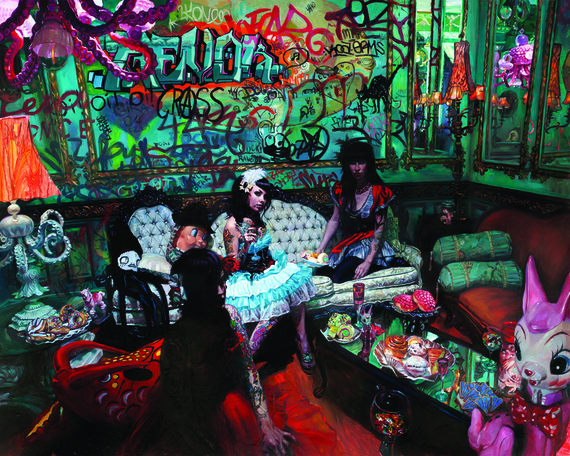