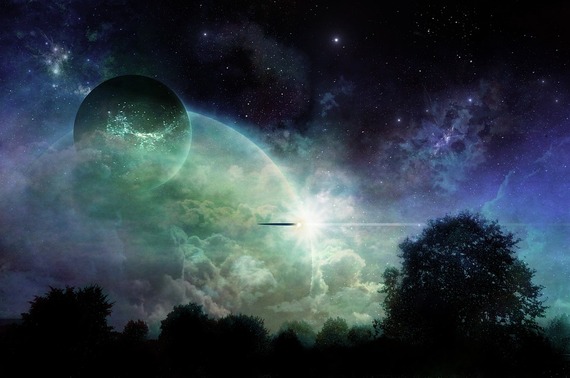 Sometimes it seems hard to believe that the Wright brothers made their maiden flight a mere 113 years ago. Since then, advances in technology have made travel better (though not necessarily faster...Concorde we are looking at you!).

While we do miss the Concorde, there are other travel advances we are looking forward to! These all promise to make travel a whole lot smarter and ultimately, better.

Uber, Google and Tesla have already implemented or are testing some version of driver-less tech...we're just waiting for them to install a chat bot in the car so we won't need to make the journey in awkward silence.

The 'internet of things' also works for travel. It's possible to combine data on your journeys, interests and context and then apply machine learning in order to glean learnings and subsequently offer relevant travel info.

Google's Trips app already combs your email for hotel and flight bookings and offers downloadable travel guides. Taking the idea of a travel 'super' app further, imagine an intelligent app that can prompt and make recommendations for you based on the weather, time of day, knowledge of your preferences and such.

This is the holy grail of contextually relevant technology that travel startups such as Firef.ly are aiming to do. For example, you're in NYC on holiday and it's raining: the app will automatically adjust your itinerary to take you indoors instead of recommending a walk along the Highline. The more you use the app, the more intelligent it gets about

Rule the skies with a jetpack on your back. Several people are working on making a Jetsons-like jetpack a reality. Jetman Dubai, led by Swiss Yves Rossy, has successful piloted their own jet-engine powered carbon-fibre wings. Most recently, he and colleague Vince Reffet flew alongside an Emirates Airbus A380 4000 feet over Dubai.

Aussie David Mayman has built a jet-engine pack, the JB-9 and taken it on a 30-minute flight in London. If your pockets are deep enough, you can consider buying a Martin Jetpack, a New Zealand made quad-rotor pack that runs on regular automotive fuel.

Will jetpacks be the first step towards local transportation via the skies instead of roads?

With much of earth's surface already 'discovered', space is the next frontier for tourism. Richard Branson's Virgin Galactic and Elon Musk's Space X are already investing in viable vehicles to take people into space.

You can sign up on Virgin Galactic for a $250,000 package that includes a couple of days of astronaut training at Spaceport America and a two-and-a-half hour flight into space. If you want to go sooner rather than later and can afford it, Space Adventures has already sent seven private individuals to the International Space Station. They've also planned tours to loop you round the dark side of the moon.

This is no moonshot. This is reality in the making.