Anyone who believes exponential growth can go on forever in a finite world is either a madman or an economist. -- Kenneth Boulding 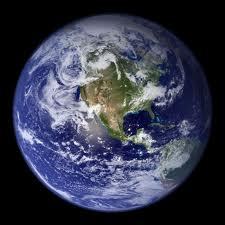 The mantra of classical economists is "growth." So fixated are they on growth that recessions are often referred to as periods of "negative growth."

The dominant economic paradigm: If we can keep growing the pie, everyone's piece will get larger. Never mind that, as the pie grows, the greedy cut monstrous pieces for themselves and slivers for the rest of us. The foundational assumption itself is flawed. The empty promise of perpetual growth is based on folly -- and on a fluke of evolutionary history that has allowed humankind to temporarily disregard the laws of physics.

For most of the time humans have inhabited the earth, our numbers were small, and the growth rate of our species was nearly zero. In other words, we were more-or-less in equilibrium with the natural world, as were most species.

In two words: fossil fuels. Fossil fuels propelled the Industrial Revolution, which in turn gave us mechanization, rapid transportation, the subjugation of nature, and industrial agriculture, all the ingredients for modern, urbanized, high-density societies. Powered first by coal, then oil, and now gas, the world's human population more than tripled between 1950 and 2010.

Fossil fuels have been a Faustian bargain. Civilization as we know it has been purchased by mortgaging the future. To understand why we need some physics.

Thermodynamicists refer to isolated, closed, and open systems. An isolated system is hermetically sealed: it can exchange neither matter nor energy with its surroundings. At the other extreme, an open system can exchange both. With a semi-permeable boundary, a closed system, can exchange energy but not matter.

Save for a stray meteorite that might increase our planet's mass by a tiny fraction, the earth's mass is static. However, it's surface is subject daily to an enormous flux of solar radiation (sunlight), most of which is re-radiated back to space. So, for all practical purposes, spaceship earth is a closed system.

Mainstream economists tend to think of the economy as an abstract, mathematical automaton independent of the physical world. But economic activity necessarily requires natural resources, which are in finite supply simply because spaceship earth is closed. Fallacy number one: The notion of perpetual economic growth is absurd on face value because it demands an unbounded supply of natural resources and thus an infinitely large earth.

Fallacy number two is more subtle and involves the thermodynamic idea of entropy. Entropy is a slippery concept requiring care. Most commonly, entropy is a quantitative measure of disorder within a thermodynamic system. For example, uncork a perfume bottle in a sealed room, and then watch and wait. After several hours the densely concentrated perfume molecules will have diffused and dispersed all throughout the room. They will not then spontaneously reassemble themselves back inside the perfume bottle. The simple vignette illustrates nature's most fundamental law -- the Second Law of Thermodynamics -- which states that entropy tends to increase over time in an isolated system.

On spaceship earth, the Second Law implies that the order and structure of the economy are purchased at the price of disorder and degradation of the ecosphere. Fortunately, the earth being a closed system (admitting energy), ecological degradation can be reversed, but only on a time scale that is long relative to a human lifespan.

With regard to energy, it is useful to think of entropy as quantifying the concentration (or availability) of the form of energy. Highly concentrated energy -- coal, for example -- has low entropy. Low-grade, diffuse energy -- say, waste heat -- has high entropy. Although energy is conserved, according to the Second Law, entropy tends to increase over time. For example, consider burning coal to produce electricity to power lights, stoves, and refrigerators. All the electrical energy used to power those devices eventually winds up as waste heat. Waste energy is not lost, but at high entropy, it is essentially unusable.

Think then of fossil fuels as concentrated sunlight, the products of millions of years of photosynthesis during the Carboniferous Period. Such dense, low-entropy energy is a fluke of the earth's evolutionary history. Fossil energy has allowed humans to proliferate and civilizations to sprout at an abnormally fast pace, and for the degradation of the earth's biosphere at a rate far beyond her natural ability to regenerate.

Our dependence on fossil energy therefore has us in a double bind. First, fossil fuels are in finite supply. If they run out before sufficient low-entropy replacements are found, civilizations will crash due to energy unavailability. But if we don't soon quit using them, atmospheric CO2 from burning fossils will crash the ecosphere. We're between a rock and a hard place.

The current economic paradigm of perpetual growth greatly exacerbates our dilemma. Having originated during the age of fossil fuels -- when abnormal growth was the rule -- classical economics ignores the fundamental role played by entropy in sustainability and suggests that we can simply continue business as usual into the future. Classical economic theory has thus placed on a trajectory toward catastrophe.

Fortunately, not all economists are blind to physical laws. As early as 1857, John Stuart Mill developed a non-growth "stationary-state" economic model. More recently, the Quaker economist Kenneth Boulding (1910-1993) proposed a theory of "evolutionary economics," which considers human economy as a subsystem of evolutionary biology. And in 1977, Herman Daly sounded the clarion call for "ecological economics" with the publication of Steady-State Economics. Daly, a 2014 recipient of the Blue Planet Prize, is currently on staff at the Center for the Advancement of the Steady-State Economy (CASSE).

"Economics for a Full World" -- Daly's 2014 address in Tokyo -- is lucid and accessible. It deserves to be read in entirety for multiple reasons, not the least of which is that he offers concrete and reasonable solutions for both our economic and ecological woes. Here are a few gems from Daly:

Hope remains, but only if humans transition quickly from an unsustainable economic paradigm to one in which "humans and markets are not exempt from the laws of nature."