When I told people where I was going, I got a different response than when I announced I'd be backpacking around Europe.

"Aren't you afraid? You know, since you're a woman."

The question remained: why Dubai?

Whether it was informed by shimmering depictions of futuristic skyscrapers or the straw "oppressed Muslim woman," people had their preconceived notions when I mentioned that I was going to study in Dubai for a semester abroad. 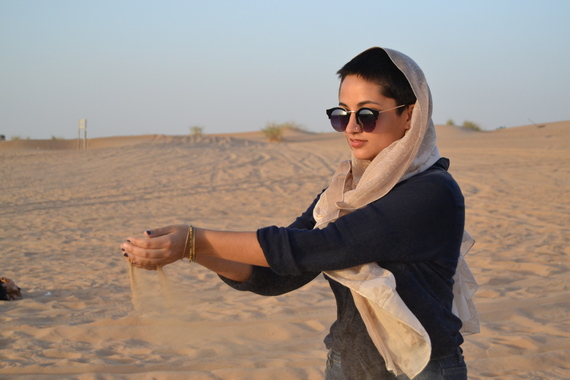 Well, I was trying not to be in case Dubai felt as hollow as a wintry Paris: an illuminated city with no one to share it with. I didn't want to get my hopes up again.

After enough traveling, you realize the earth is a continuum of jungles and rivers and deserts, but it all comes full circle. All that really changes is the scene, the actors merely changing costumes.

Moving abroad? I'd done it once before, and I figured living on a college campus would be convenient.

A new region? I'd never been to a GCC (Gulf Cooperation Council) country before, but I knew the people in Dubai weren't that different from me.

They weren't the grotesque stereotypes morphed out of a misrepresented religion and a misunderstood history.

I came to Dubai because I wanted to meet the people that American TV channels seemed to believe didn't actually live here. 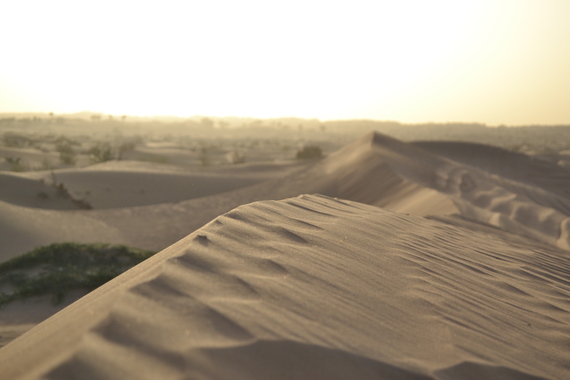 My first Emirati friend seemed to understand this.

"We aren't that different," she insisted.

Here she was, a bubbly young woman whose personality shined through her black abaya. She invited me over for karak and to meet her nieces and nephews, to see her room, a self-described "museum" of her travels. Cosmopolitan yet grounded, we bonded over our shared interests.

"But people come here with perceptions of Dubai, so I try to meet them and talk to them to show them who we are."

I already knew people were both afraid and fascinated. But how did she know that?

She told me stories she heard about the brutality of my own country, about an Arab son and father murdered in Texas out of fear.

She told me about the time when tourists aboard a plane feared her mother, dressed in a black abaya, treating her like the dreadful word my friend couldn't bear to utter.

"We were leaving the Emirates. This is how we dress here. Why should anyone be afraid?" she wondered. I did too.

There I was, desperately trying to show her that not all Americans were like this.
But she already knew that. 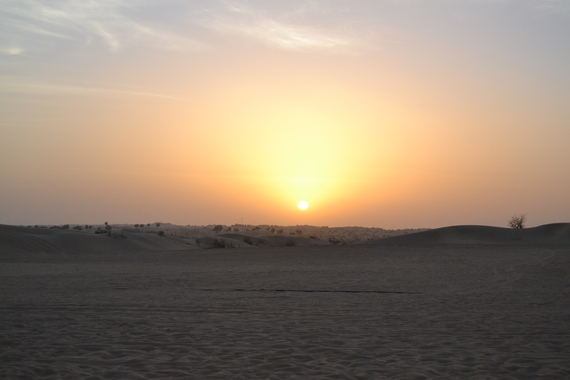 When I think of Dubai, I think of the desi friends that I met up with at malls, ex-pats who left the Indian Subcontinent as my family did for economic opportunity; international kids who had difficulty pointing to "home" on a map.

I think of my Muslim friends who wear the hijab, including my Egyptian roommate, who compliment me with mashallahs and invite me on road trips to Oman.

I think of the people I've met, not their distorted silhouettes.

This is what separates travelers from tourists.

Unfortunately, most people stay home due to lacking resources, fear of the different, and for the familiarity of comfort.

But for the Westerners who venture out of their insular sphere, Dubai is not a place to fear - it's a rapidly growing international capital with a vibrant, cosmopolitan population. What brings people here differs, but ideally, everyone leaves with a better idea of what Emiratis have always been about, in majlis and in modern times: making guests feel at home.