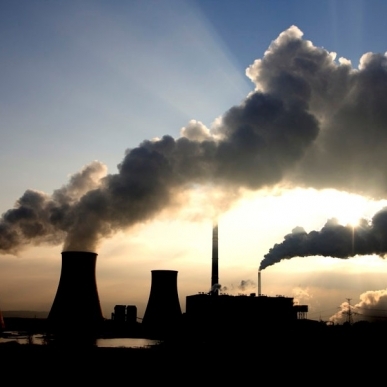 Congress is required to determine if a bill they're considering adds to the federal deficit before they vote on it. The reason is simple: Our lawmakers should at least know if they're adding more debt for the next generation to pay off.

The same should be true for climate change. When Congress votes on an energy bill, they should first know if they're making future climate impacts better or worse for our kids.

Unfortunately, Congress is about to vote on an energy bill without even bothering to check if it increases or decreases climate pollution. The bill before the Senate this week contains a grab bag of provisions -- some good, some bad -- but your senator will have to vote on it without having critical climate impact information.

Every energy bill should have a "climate pollution score." We know that coal, oil and natural gas emissions are responsible for 84 percent of America's climate pollution, so anything that encourages or discourages fossil fuels, promotes or inhibits clean energy, or changes the way energy is taxed or regulated, will mean more or less climate change.

The choices we make now - whether we move our economy towards clean energy or deepen our dependence on dirty fuels - will have huge repercussions for our children and grandchildren. It's bad enough to contemplate our kids asking us why didn't try harder to solve climate change. Imagine when they find out we didn't even bother to find out if our actions made it worse.