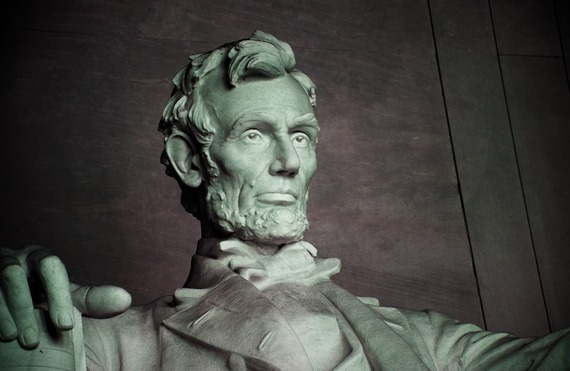 As an Englishman, I always thought of the U.S. as a defender of democracy, the land of the free and the home of the brave.

But having lived here for the past 12 months and having witnessed the Democratic and Republican primaries, it makes me wonder just where it all went so wrong and how did America become so undemocratic.

I don't usually get too involved in the elections this early because it's often a long, boring drawn out process, but with the inclusion of Donald Trump as a candidate it looked like it might be more interesting than usual.

But what I have watched unfold, which started out as entertaining, would now probably embarrass even Robert Mugabe.

On the one side, we have accusations of a rigged election, where it seems no matter what Bernie Sanders does, no matter how many states he wins, it seems to have little to no impact on Hillary Clinton's lead. States have overwhelmingly voted for Sanders only to have the superdelegates vote for Hillary, which evens out her losses and maintains her lead.

In both situations, the message seems to be that the popular vote doesn't count and the parties don't care who you want to vote for. They want to have the candidate they like running for president.

In which case, why bother having primaries at all? Why waste the hundreds of millions of dollars and all the time and energy, if the candidates are just going to be cherry-picked by a small few anyway.

Is it to pay lip service to democracy, to give the people an illusion of choice, and that their vote matters?

Because if it is, I'm sorry, but we can now clearly see whats going on, and the illusion is no longer working.

Then you hear comments about low voter turnout. But when your vote doesn't seem to matter then what's the point? Why should people bother to take the time to go and vote if it doesn't matter who they vote for, or even worse if they end up not being able to vote as appears to have happened in some states?

Personally, I am not a fan of Donald Trump, but I do support the principals of democracy, and if the majority vote for Donald Trump then he deserves his shot at the presidency, irrespective of my view on his capabilities.

If I don't like him, then I don't have to vote for him. But if he wins fair and square then he wins and the majority has spoken. This is what democracy is all about!

If America wants to hold the moral high ground when it comes to democracy, then, in my opinion, they need to do some serious housekeeping because, at the moment, this just looks like a joke.