Update: Baby Jordan gained his angel wings on Wednesday, May 18th shortly after this article was published. He was completely peaceful, and randomly smiling in his sleep, letting us know he is okay. His not in pain anymore. He is free from suffering. 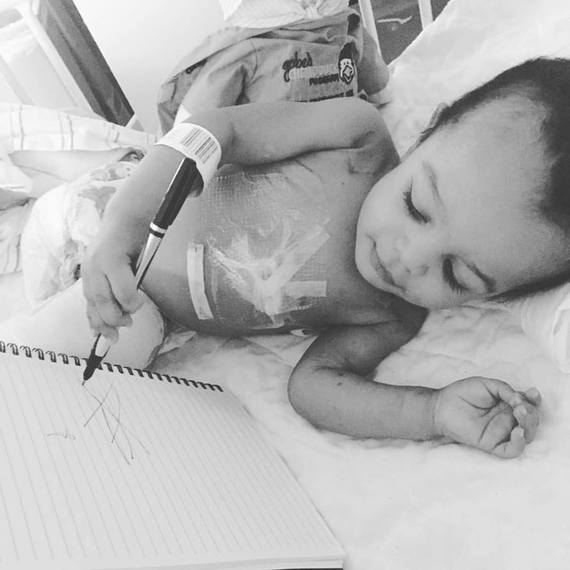 Earlier this year, my cousins became members of the club every parent knows exists, but few like to talk about. The "my baby has just been diagnosed with cancer club." As you can imagine, it's a devastating club to suddenly find yourself a member of. It's a club that we often deliberately ignore out of fear. But sadly, it's a club that 46 parents will find themselves inducted into today. And that number is growing.

As I sit here typing, a father sits holding his daughter for the final time. A mother lays curled on her son's floor, her heart as empty as his bed. These are not nameless, faceless people. These people are your friends, your neighbors, your family. Perhaps cancer has not touched you personally, but it could. And that should scare you into action.

But before you leap blindly into the fray, there are several important things you need to know about pediatric cancer:

Cancer Doesn't Care
Every year, 263,000 children under the age of 20 are diagnosed with cancer. And of those 263,000 children, 91,250 of them will not live to see their 20th birthday. Childhood cancer is the number one killer of children under the age of 18. It does not discriminate based on your race, financial status, or how much you love your children. Cancer doesn't care. 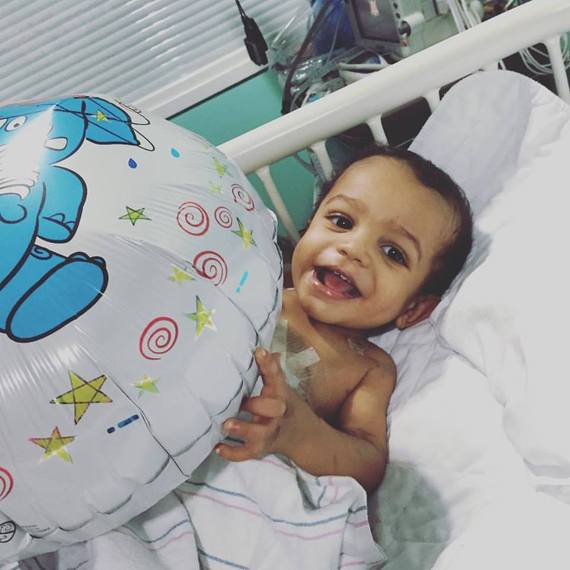 Pediatric Cancer is Severely Underfunded
And it's no secret. Childhood cancer receives only a paltry 4% of U.S. federal funding for research, while adult cancers research receives 60%. In dollar terms, pediatric cancer clinical trials receive $26.4 million in funding annually from the federal government, while AIDS research receives $254 million in funding and breast cancer averages roughly $584 million. And while it's true that pediatric is less common that adult cancers, there is still a major funding disparity in childhood cancers.

Which brings us to my next point...

Not every Charity is Charitable
Before you open your wallet to make a charitable donation, you should take the time to know where your money is going. For every dollar the American Cancer Society raised in 2010, only a single penny was spent on childhood cancer. But they're not the only offenders. The Childhood Leukemia Foundation spends just 27% of its annual budget on programs and research. Only 25% of donations fund programs for the National Cancer Institute.

Conversely, the Cancer Research Institute funnels a whopping 85% of their donations and funding into programs that benefit cancer patients. On average, over the last three years, 83 cents of every dollar received has supported the research and treatment at St. Jude.

If you're considering donating to a cancer charity for children, Charity Navigator is a great place to begin your initial research. Donations, although well-intended, do nothing if they're not being used appropriately.

A Cure Is Possible
Researchers say that a legitimate cure, with reduced long-term effects from chemotherapy and radiation treatments is possible without our lifetime. It can happen. But only if we work together.
Contact your local congressman. Start a local fundraiser. You don't have to be the parent of a child with cancer to get involved. Make noise. Make waves. Just whatever you do, don't stay silent.

Because one day, you may be one of the 46 parents who suddenly find themselves on the bad side of those unthinkable statistics. Don't wait until it's too late to join the fight. We owe it to our children. We owe it to ourselves. 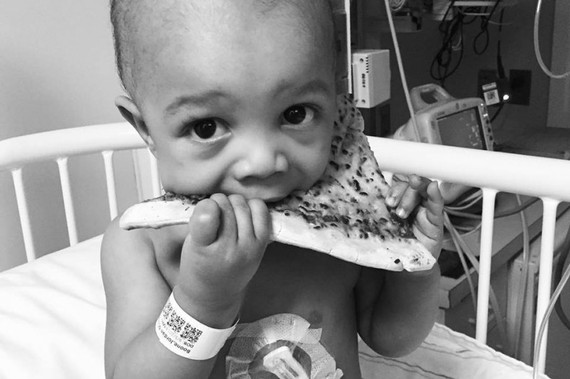 To learn more about Jordan and his fight with pediatric cancer, visit his Facebook Page Go Gold for Jordan.

To learn more about what you can do within your own community, visit the Children's Cancer Research Fund.

More:
cancer ChildrenParentsCommunitypediatric cancer
Newsletter Sign Up
Raise the kind of person you'd like to know
Subscribe to our parenting newsletter.
Successfully Subscribed!
Realness delivered to your inbox