Facebook is ubiquitous these days; every website, article, operating system and mobile device has a way to share directly to it. It's become so popular with the adult masses that today's teenagers find it lame (which makes me feel ancient and lame, myself).

These days it's mostly a telephone and email replacement for extended family updates. Aunt Judy up in Michigan can see how sweet Bobby and Sally are doing without leaving the comfort of her couch.

It's a dumping ground for Instagrammed pictures of people's kids, dinner, and anything else they happen to take a picture of that day. It's confused itself into thinking it's Twitter, and added the ability to use hashtags. It's where people feel comfortable airing their political and religious beliefs and end up getting into comment arguments with that guy from high school they barely remember, but accepted his friend request anyway.

But, for parents of children who have rare diseases or disorders, special equipment, body differences, or something that makes them extra unique... it's the most precious invention, ever.

Seriously. Thank you, Mark Zuckerberg. I don't think you actually know what Facebook means to these parents.

Learning your child has been diagnosed (finally) is exhilarating, and absolutely terrifying, particularly when it's with something you have never heard of, and neither has anyone else.

My daughter was diagnosed with an extremely rare, random and downright weird neurological disorder. Doctors had barely heard of it, and had never seen it. Yet, when doing research on it myself, I found a closed Facebook group of parents with similarly affected kids.

These parents shared their experiences. They shared photos. They asked for advice, and received feedback. For the last two years that I have been a part of this group, I have watched people post their worries and concerns, as well as their happiness over their kids' triumphs.

One tiny app on my phone, and suddenly, I'm not alone. These are people who share my fears about everything her diagnosis entails. And, now, with our second's array of medical issues, I have added four new groups in the last week, each one alleviating at least some of the anxiety I feel for what the future holds for him. 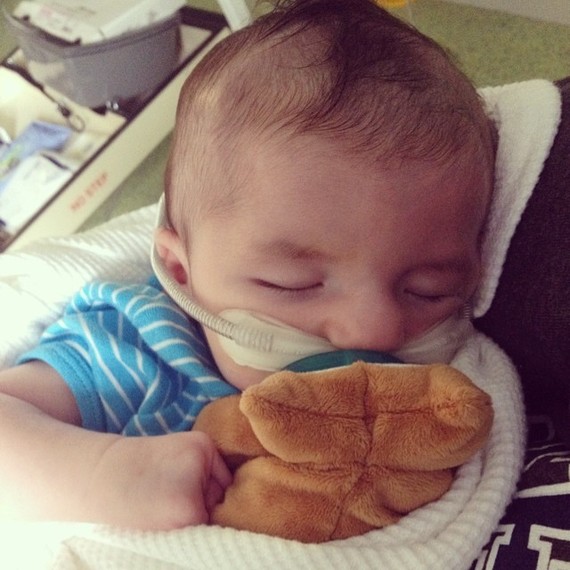 I can talk to and ask questions of people who are going through the same things, even though they may sit in Australia. Videos, pictures, documents, surveys of symptoms; the resources are endless.

For a special needs parent, it's like being thrown a lifeline. Suddenly, there's a place you can go at 2:00 a.m., and ask for help when you're unsure whether a symptom is normal or not.

And, when you're scared for your kid, and your friends can't understand the depth of that, having that safe place of understanding people to vent to is like finding gold.

Thanks, Mark Zuckerberg. Thanks for the lifeline.