I was a recreational pilot for about 10 years and used to read the back pages of Flying magazine religiously.

They were dedicated to mistakes that pilots made, so that pilots like myself could learn from those lessons.

Unfortunately, in the world of commercial real estate investing, no such back pages exist. Further, talking about mistakes is seen as taboo because a great real estate investment manager isn't supposed to make mistakes. 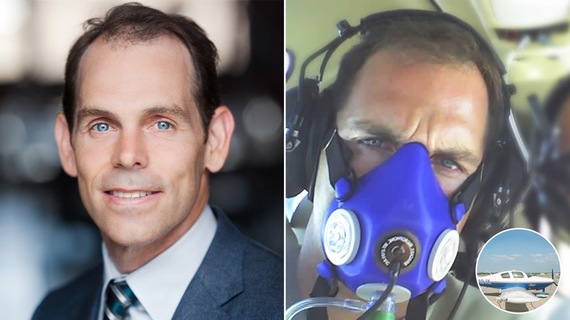 That couldn't be further from the truth. Insight and knowledge are not gained from time on the job but from pitfalls we later draw upon to make better decisions.

Learn from your mistakes

1. Prior to cofounding Origin Investments, I was a trader at the Chicago Mercantile Exchange. My greatest strength was being able to set aside my emotions. I never carried large positions overnight, and I never had an opinion about where the market was going, until one day I did.

In 2001, I believed the market was out of balance so I decided to take a large interest-rate position. It became more out of line over the next several weeks, and I continued to add to that position even as it went against me. I simply couldn't admit that I was wrong.

After about three months of sleepless nights, I decided I'd had enough and liquidated my position so I could get back to making money.

Knowing when to cut one's losses was a very expensive lesson to learn at the time. I also concluded that although it is OK to have an opinion, it's neither wise to be stubborn about it nor to bet the farm on it. John Maynard Keynes said it best: "The markets can stay irrational much longer than you can stay solvent."

2. In 2009, my partner and I got a call from a bank about an asset they were liquidating at a firm price of $3 million. We thought we were being smart by countering at $2.7 million, given we believed we could have sold the property for $5 million the next day. The banker never called back, and we learned the asset was sold to a competitor. It was a poor decision on our part. We had risked a $2 million profit to try to make $300,000.

Three years later, when making the best and final offer for the real estate under the Giordano's pizza chain, we were faced with nearly the exact same scenario but much larger stakes. Open bidding had stopped at $9 million, and we were asked to submit our best and final bid--blind. This time, we drew upon our earlier mistake and increased our offer to $10.1 million. We won the auction, and six months later, the portfolio appraised for $15 million.

3. Early in my trading career, I participated as a limited partner in other people's real estate deals, including an apartment building in Austin, a deal that came recommended by a friend. My first mistake was focusing only on the expected financial performance of the investment and ignoring that the real estate investment manager was a solo practitioner. He was acting as the operating partner without much infrastructure. And although he had a great nose for finding incredible deals, he didn't have any meaningful personal investment in them.

Soon after I signed on, problems appeared, namely that I couldn't get any information out of him. One year later, I discovered he had taken out a bank loan on the property and used the proceeds to fund another project. After two years of litigation, I recouped the investment, but, more significantly, I learned who you invest with is the single most important decision you can make.

That's why, at Origin, we control every deal and don't take minority stakes. We also only joint venture with partners who share our goals and have the necessary experience.

The analogy to flying really does apply: It's easier to take off than land, just as it is easier to make an investment than get out of one. And it really doesn't matter what kind of plane you're in. That the pilot is capable of steering it to safety is far more important.