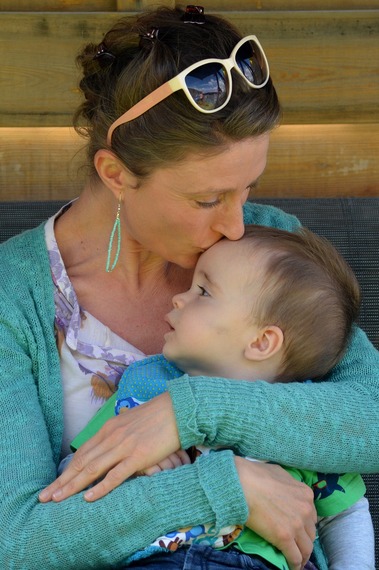 As foster parents, we have to walk a fine line between being 100% emotionally invested in the kids in our care, but not at all attached to any particular outcome.

When I started writing this article, it was titled, "The Dangers of Optimism in Foster Parenting." As I began to write, though, I realized the problem isn't optimism--which is a good thing, because I am impractically optimistic and I've been failing miserably in my attempts to suppress that. The problem is getting emotionally invested in one specific ending.

Let me give you a couple of examples:

When it was determined that my now-adopted son, Squish, was going to go to his birth father, SuperDad and I were so excited for him. We were sad he was leaving and we knew we would miss him, but we truly believed this was the best possible outcome for him. As far as we were concerned, he'd hit the jackpot--at least as far as child welfare cases go. Three months later, he came back into care. While we didn't hesitate to take him back and were thrilled to have him, it was very upsetting that the outcome we had been so emotionally invested in didn't work out.

At the other end of the spectrum, it's so easy to envision this child you love being a part of your family forever. When a relative comes forward or the birth mom gets accepted into a mother-child rehab facility after you've emotionally invested in the idea of adoption, the grief of saying good-bye to a foster child will be magnified by the pain of letting go of your hopes.

Uncertainty is the very nature of foster care. There's a reason roller coaster imagery is widely used to describe foster parenting. And yet, you can't hold yourself back emotionally from the kids; they deserve nothing less than 100%. You have to be emotionally committed to the children in your care. If you're not fully invested in them, and if your heart doesn't break when they leave, you're doing it wrong. Some placements are more difficult than others, and some kids are harder to love, but if you never grieve when a child leaves your home, you have no business being a foster parent.

Being emotionally invested in the kids doesn't mean you have to be emotionally invested in a certain outcome. If you can find the line between the two, you're still going to grieve when they leave, it's still going to hurt, and yes, your heart will still break. But if you are able to fully love a child without getting attached to a particular outcome - then maybe when you learn that your desired outcome isn't going to happen - maybe it won't be such a devastating blow.

But I'm going to try it. What do you think?

Jamie Nestrick is a passionate Advocate & Educator of all-things Foster Care. She is also the Author of two blogs, Starfish Confidential and The Foster Mom's Guide to Central Florida. Jamie is happily married and the proud parent of three adopted children, three step kids, and five fur babies. Keep up with the adventures of the three-ring traveling circus by email and on facebook.