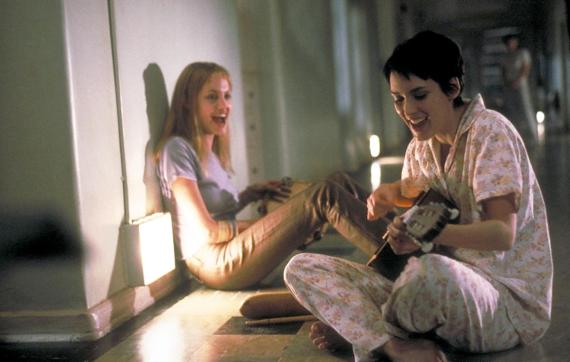 This post originally appeared in xoJane
By Stephanie Watson

"I was trying to make the shit stop."

As soon as I heard Susanna, the protagonist of "Girl, Interrupted," say these words, I knew this movie would understand me.

I've been struggling with depression and anxiety since high school, Obsessive Compulsive Disorder since childhood, and utter contempt with a large portion of the world since before I can remember. I just wanted it all to stop. I did so much to try and get it to stop.

I never attempted suicide, but I did dabble in a moderate form of self harm now and again. I call it moderate because I only ever drew blood once, and the rest of the time I was either dragging my finger nails down my skin or punching things until I bruised. Before I was properly diagnosed and given SRRI's on top of therapy, this was my form of trying to make the shit stop.

I believed Susanna when she told the shrink that her overdose at the beginning of the movie (that prompted the important quote above) was not a suicide attempt. I knew because I know that sometimes when your mind can't take anymore, you just want to throw yourself into a dangerous situation to silence the voices in your head -- voices that tell you that you're no good, and that you're making all the pain up -- and the voices from gas-lighters around you. You want to survive, but you feel like you need to throw yourself into a fire to cleanse yourself first.

By now, I'm sure most of us know the story of "Girl, Interrupted," in terms of the movie and the true story behind the silver screen. A young girl in the 60's is sent to a psychiatric ward with her permission, diagnosed with Borderline Personality Disorder, and forced to choose between her friends in the mental ward and her desire to return to society.

Susanna Kaysen is a symbol of every young girl out there who has ever felt they have no clue of what is going on inside them, both in terms of just having a difficult time growing up, and in terms of mental illness coming out of nowhere and kicking you while you're down. I related to her confusion, and her journey taught me that just because you have no idea what's going on in your mind, it doesn't mean you're doomed.

Through the help of one of the psychiatric nurses, Susanna learns that though she hasn't done anything to cause her pain, she still has a hand in at least helping it on its merry way; with therapy, creativity, and patience. It took me a while to realize I had to do this too, I'd been putting off going to the doctor because I was sure they wouldn't believe me, and I resented the fact that I had to do extra work to fix this thing I didn't cause, but seeing Susanna do this I realized it was something I had to do too.

I also found myself partially relating to Lisa, Susanna's anti-social friend, and major flight risk. Lisa was someone I didn't want to relate to, but I did, in a way anyway. I always imagined if I had a full on mental breakdown then I'd run away like she did, abandon all idea of safety and just roam around with only my anger and carnal urges to guide me. I guess I was afraid of becoming her if I cracked. I related to that pure violent energy that Lisa had, though I never hurt anybody and barely hurt myself, the desire to destroy something and tell everyone around me to fuck the hell off was very strong. Seeing this character in full color on my screen almost got it out of my system for me, watching her meant I didn't need to be her.

Looking at the facility Susanna stayed in during the film (though not completely unproblematic) it was comforting to see someone I related to not being abused and shamed like they would be in "One Flew Over the Cuckoos Nest" or "AHS Asylum." It was comforting to see her being taken seriously, when people I knew just called me attention seeking, lazy, and melodramatic. I envied that. I was so lonely in my depression as a teen that part of me longed for medical help, rather than fear it, which looking back is pretty naive considering how badly neurodivergant folk are treated in the medical world. But I just wanted to be taken care of, I wanted the pain to go away.

There are also several lines in the movie that I feel helped me a lot put my psyche into perspective, watching it almost felt like a dramatic therapy session, and to this day I still carry around a handful of quotes from it.

"Crazy isn't being broken, or swallowing a dark secret. It's you or me... amplified."

This quote made me realize that I, and other neurodivergant folk, are not broken messes lying on the sidelines of society. It made me realize that my permanent OCD is not something that makes me damaged goods, and that my anxiety and depression were not a death sentence. I am obsessive compulsive and I deal with it, it's a part of me that I can't change, an amplified part of me.

When I was probably around half way through my treatment for depression all those years back, I tried to tell myself that I was just a girl interrupted, and that it'd be better someday. And I'm very lucky in the sense that my foul mood swings and self harm did pass, but I'm not going to call myself cured of depression, because that's not how it works. I do consider myself in a place of recovery, however, and I try to look back at that time as just an interruption, it's just easier that way.

So part of me was interrupted, and I may very well be again one day, but I'll keep that mantra with me if that time comes. For my "craziness" however, that amplification will never change, and that's okay, because what else am I supposed to do? I'd rather accept something I can't change, than go back to the days were it terrified me every day.

For those of you who feel interrupted right now, (re)watch the film, it'll make the shit stop for a little while at least.

More from xoJane:
Motherhood Is Not Off Limits to Disabled Women, And I'm Sick of Doctors Telling Me Otherwise
15 "Helpful Comments" Never to Say to Someone Who's Depressed
Donald Trump Hit On Me When I Was a Teen Model
I Stopped Saying Sorry for a Week, And It Was Harder Than I Ever Imagined
I Gave Up on the Wedding of My Dreams

What 'Girl, Interrupted' Taught Me About Mental Health
Picture This -- portraying mental illness 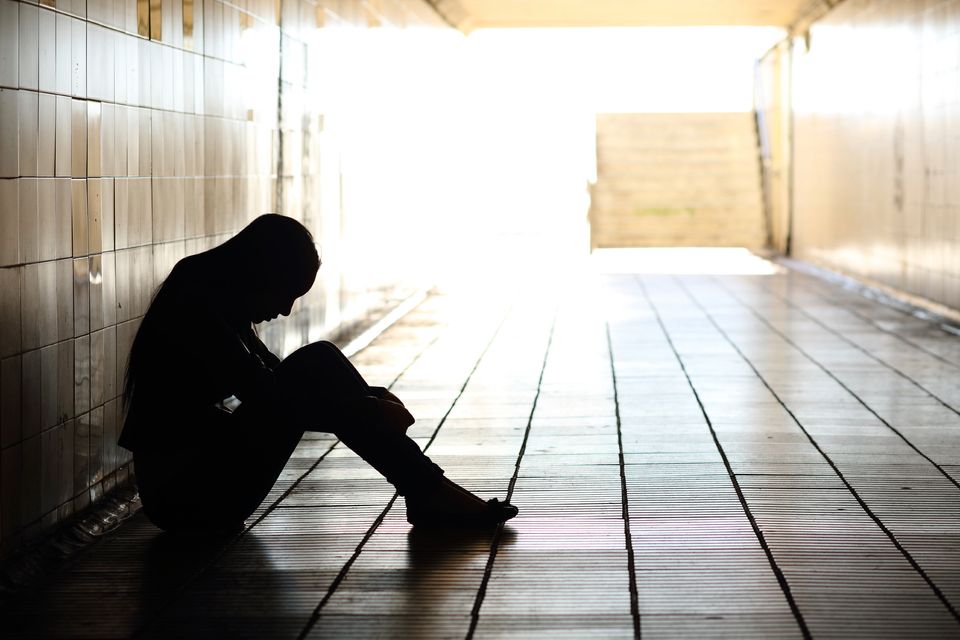 1 / 6
The survey said images showing isolation should be paired with other more 'every day' images
AntonioGuillem, iStock by Getty Images