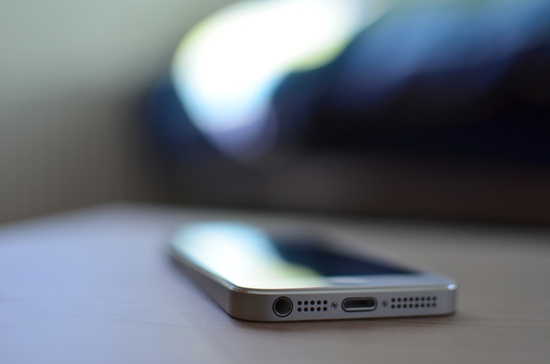 You have been struck by a stroke of genius, and the next billion-dollar app is now fully functioning within your mind. You have an idea of what it's going to look like, what it's going to do, and you know that everyone is going to use it. What do you do next? You're no computer wiz, and the only logical option is to get a developer to build it.

Before searching for a developer, it's practical to figure out as much as you can about your app -- from the idea to the design. There are various aspects of mobile app development that can add up and make the development pricy. In order to avoid unforeseen costs, it's helpful to be aware of what goes into the cost of an app.

Which devices are you aiming for?
When you want to develop a mobile app, you need to figure out which mobile phones you want your app to operate on. Different phones tend to work on different operating systems, and so the development processes for each system are extremely different. Do you want to build an app that will work on iPhones, Android phones, or both? Do you want to develop an app that works on Windows phones? This is an important first step that goes into figuring out how much the development for your mobile app is going to cost. It also helps determine what the design limitations and possibilities are for your app.

Design
The next step is establishing what kind of interface your app will have. Although designs can -- and should -- change with every iteration, the design of your mobile app is the most important part of your app. If you are design savvy, or even know how to manage your way around Adobe Photoshop, you can design a basic prototype of your app to help a developer get an idea of its look and feel.

If you have no design skills, but have a good grasp of the idea behind your app, you can discuss your idea with a designer to build you a prototype, or you can just try to convey your idea to a developer and see what they make of it.

Not only is the design of the interface important, but you also have to consider the
experience the user will be having while using your app's interface. Defining your brand signature is an essential aspect of user experience (often shortened to "UX"). It's necessary to variate the designs of your logo and branding to follow a pattern across devices so that users can easily recognize you and/or your company. Having a defined user flow is another key aspect of UX. If you create a working user flow, it will ensure that your user is having all of the intended interactions with your app, hitting specific target points in an order that is predetermined by you. Spelling out the experience you want your users to have only adds to the usability of the interface. The design is what engages your user right off the bat, so it's paramount that your designs follow modern industry standards and strategies.

What features will your app have?
Adding features to your mobile app will increase the price of development by a significant amount. The most popular mobile apps have specific facets, such as user profiles, log in systems, rating systems, in-app payment methods, ads, and much more.

A good way to determine which features your app will include is by creating a roadmap for your app. The roadmap should consist of several iterations of your app, starting from version 1 to what you envision for the future. Generally, initial prototypes and versions of apps have the bare minimum required for the user to engage with the app; your "version 1" should consequently include only the features that you deem most necessary for your users to understand your app. Once you garner a steady user base, you can start including new features with every version or update in order to ensure that existing users stick around, and to gain more users as well.

Marketing, Publicizing, and the Unavoidable
Sometimes extraneous costs add up. After your mobile app is developed, how are you going to get the word out? Social media can get you a fair amount of downloads and installations, but most app developers tend to integrate their app with a website. These sites tend to be dedicated solely to the promotion of the app: they incorporate app tag lines and pitches, they highlight a few key features of the app, and sometimes include press about the app or user testimonials. Though developing this website would be far less costly than developing the app itself, it is a cost to consider.

PR costs can add up in terms of time and resources spent. Will you be able to cover every social media outlet at all times? How will that cut into your working hours? Most popular apps require the manpower of more than one person in order to cover all social media fronts adequately. Maybe you're considering hiring a social media intern to churn out some hours while you're at work; if that's the case, you'll be having to pay them at least something. You wouldn't want a lawsuit on your hands, would you? Which would add up to another extraneous cost anyway.

Though the least expensive cost, paying for developer accounts for operating systems is another cost to be wary of. These are costs that you absolutely cannot get out of, even if you are developing and designing the app by yourself. Getting an app into the Apple App Store costs $100 per year, and that is the only way to have apps available for iPhones. Getting an app into Google Play costs $25 per year. These costs are extremely marginal when looking at the grand scheme of things, but extremely easy to forget about, too.

Mobile app development is no simple task, and the high costs only make the process worse. When proceeding with the development for your idea, it is important to know that everything counts -- from how it functions to how people hear about it. Always make sure that you are aware of each component of the app's development, so that there aren't any costs that catch you (and your wallet) off guard.