So where are you right now when it comes to your Thanksgiving to-do list? You know, that running tab of things that you need to get done between now and Thursday afternoon?

Well, as busy as you may be, I'm betting that your Thanksgiving to-do list looks like a Post-it note compared to all of the tasks that the talented folks who work for Macy's Parade and Entertainment Group have to accomplish before 12 noon ET on Thursday arrives. 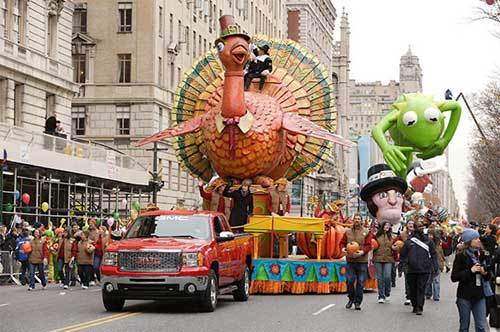 You see, that's when NBC's 3-hour-long broadcast of the 89th annual Macy's Thanksgiving Day Parade goes off the air. And given that over 50 million people tune in annually to watch this live show (not to mention the 3.5 million New Yorkers and tourists who line up along its 2.65 mile-long parade route so that they can then watch this seasonal spectacle in person), Macy's does everything that it can in advance to ensure that this holiday favorite goes off without a hitch.

This all started early this month, when the four new giant balloons debuting in the Parade this year where test flown and continued towards the end of last week when the media -- along with some local school children -- were invited to the Macy's Parade Studio 72,000 square-foot facility in Moonachie, NJ to view the six new floats that will be making their debut in this year's parade. These include the Cranberry Cooperative (sponsored by Ocean Spray), Discover Adventure! (sponsored by Build-A-Bear), and the Snoopy's Doghouse float (which is sponsored by Peanuts Worldwide and celebrates the 50th anniversary of A Charlie Brown Christmas.) 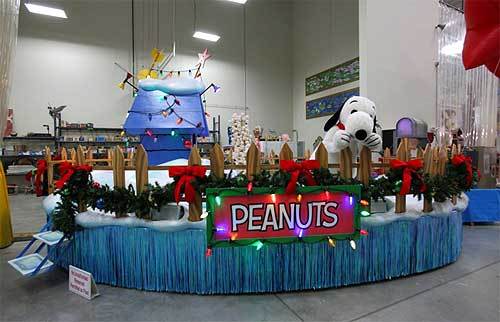 And once these new floats were showcased for the press, Macy's Parade Studio employees then carefully took them down and packed them away. For while some of the floats that the Parade Studio creates can stand three stories tall and spread across several lanes of traffic when assembled, they all must still be able to collapse down to 12 and 1/2 feet-tall and 8-feet-wide. Otherwise these floats wouldn't be able to travel through the Lincoln Tunnel from the studio in New Jersey to the parade's starting line up on the West Side of Central Park.

Meanwhile, at the end point for Macy's Thanksgiving Day Parade (i.e., the Herald Square store at 34th Street and Seventh Avenue), Macy's employees spent much of last Friday getting that store's animated windows ready for their annual unveiling. This year's windows recreate six scenes from the Charlie Brown Christmas holiday special. And to make sure that the unveiling made as big a splash as possible, a 50-member children's choral group, The Highbridge Voices Choir was accompanied by the Juilliard Jazz Ensemble as these Peanuts-themed windows were revealed to the world. Veras said,

And -- of course -- out ahead of that, the team from Macy's Parade Studio had to dress the exterior of our Herald Square Store. Put all of these lovely balloons and signage and Christmas trees on top of our marquees that the people at home would then be able to see in the background when they tuned in to watch NBC's broadcast of the Macy's Thanksgiving Day Parade. 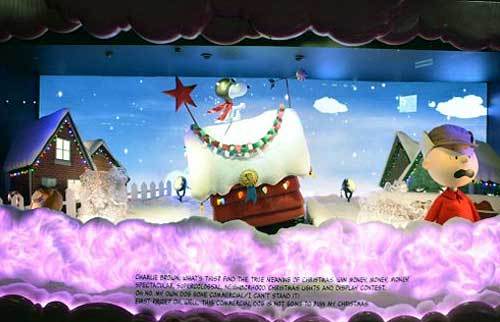 And speaking of that live show, one of the highlights of this annual broadcast is the hour prior to the parade's actual arrival in Herald Square. Which is when the casts from several Broadway musicals perform selected numbers from these shows right in the middle of 34th Street. Orlando stated:

And to make sure that the technicians from NBC know how to properly shoot these musical numbers for that live broadcast... Well, that's why we work with the City of New York to have 34th Street blocked off on Monday and Tuesday night. So that the performers can then rehearse right there in front of the store.

Meanwhile, to make sure that all of the Macy's employees who march in this parade annually are properly attired, Costume Operations moves all 5000 costumes from the Parade Studio in New Jersey to the New Yorker Hotel. And while that's going on, back in Moonachie, all of the parade floats are first placed in the proper order and then paired with the RAM trucks that will tow them through the streets of Manhattan. 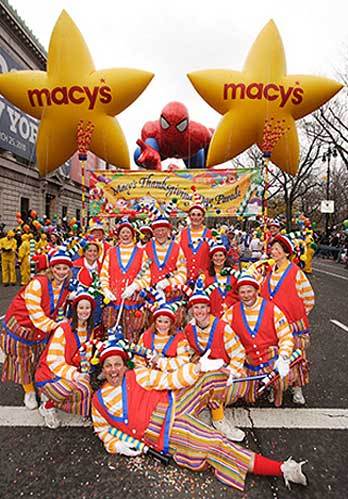 "At this point, I should probably give a shout-out to Susan Tercero, who heads up our Operations team for the parade. Susan and her group are the ones who handle all of the logistics. They work with the various city agencies to make sure that the streets are closed for rehearsals. Or that all of the necessary passageways are cleared so that that convoy of floats and balloons can safely travel through the streets of Manhattan, among other duties," Veras revealed.

Mind you, because Macy's Thanksgiving Day Parade is an annual event, there are certain aspects of this seasonal spectacular that are consistent from year-to-year. But at the same time, because New York City is such a dynamic place, the Macy's Parade team has had to learn to roll with the punches.

"Given all of the construction that's going on in the City these days, we often find ourselves in situations where streets that we once used for staging are now no longer available to us. So we then have to find new ways to do what we previously did," Orlando laughed. "This is why -- the Saturday before the Macy's Thanksgiving Day Parade -- we have this 3 hour-long logistics meeting. Where each of the core teams come together at Macy's corporate offices and we then go over every detail, go through every aspect for the parade in order to determine to what's new for this year, what's different from years previous and what we can then do to address that challenge." 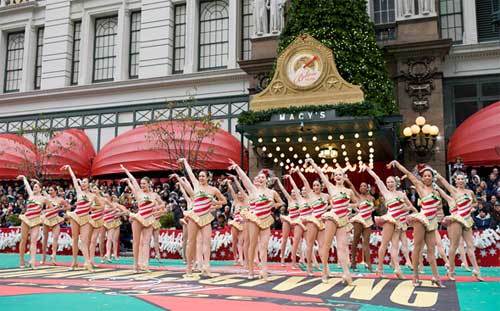 And then -- of course -- there are those unexpected surprises. Like when the producers of the TODAY show will suddenly ask if it's possible to bring one of the Macy's Thanksgiving Day parade balloons over to Rockefeller Plaza so that it can then be inflated to help promote this year's live broadcast.

"That's all part of what makes working on this parade every year such a thrill. That you can suddenly get a phone call like that and then try to figure out a way to actually make it happen. Bring a balloon over to The TODAY Show, inflate it and then take that balloon prepped again for parade so that it'll be ready to be inflated on Wednesday afternoon," Orlando concluded. 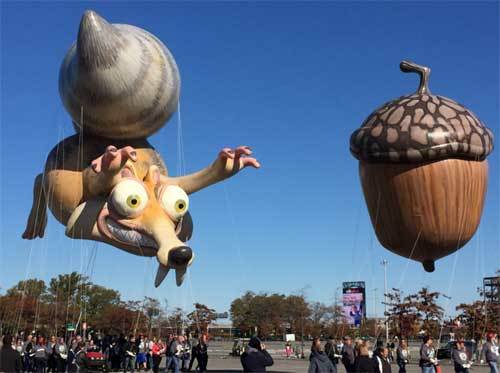 Speaking of which, if you'd like to watch as the 17 character balloons which will be featured in the 89th annual Macy's Thanksgiving Day Parade are being inflated, then you need to add a trip to NYC to your Thanksgiving to-do list. The official Balloon Inflation area will be open to the public between 3 and 10 p.m. on Wednesday. If you enter at 79th Street and Columbus Avenue, you'll then be able to preview the four new balloons that are debuting in this year's parade. Among them are Angry Birds' Red, Scrat and his acorn from Twentieth Century Fox's Ice Age film series and Sinclair Oil's DINO the dinosaur.