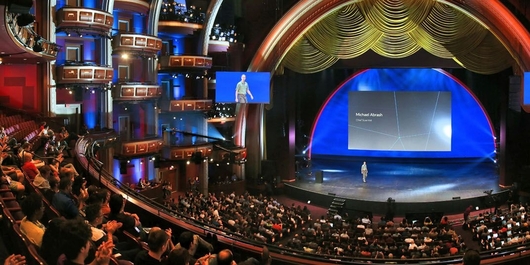 Oculus Connect 2 was the best thing to happen to virtual reality (VR) since Palmer Luckey put the Oculus DK1 on Kickstarter. I wanted to share with you the highlights of the event so you too, can feel like you were there:

The Samsung Gear VR is by far the best mobile VR headset on the market today and during the Oculus Connect keynote speech, they announced that they will sell it for $99 and begin shipping on Black Friday. By finally making the best mobile VR headset affordable, you can expect to see a wave of new consumers entering into the market. The headset is 20% lighter than the previous Innovator's Edition, meaning it will be more portable than ever. The only potential downside is if you don't have a Samsung phone, you'll need to purchase a Samsung Galaxy Note 6, Galaxy S6 Edge+, Galaxy S6 or Galaxy S6 Edge. For more info on which phone to buy, go here.

John Carmack, CTO of Oculus and Co-Creator of Doom, has made it his personal mission to make the partnership between Oculus and Samsung successful. Carmack teamed up with two engineers from Netflix and built the Netflix app for Gear VR and the Rift in two days. He also poured his heart and soul into making Minecraft available for the platforms. During his keynote speech he admitted that if the deal didn't happen he was "going to cry." Carmack went on to explain that "Minecraft was my quest. I thought it would be critically important to get it into VR." Thanks to Carmack, 20.1M people who have bought the Minecraft desktop game, will now be itching to get their hands on playing it as if they were inside the world.

As of today on Oculus Home, you can also watch Twitch, rent movies from 20th Century Fox, Lionsgate Films, and stream videos on Vimeo, or Hulu. If you think watching any sort of 2D video content on the Gear VR is gimmicky, I can personally tell you that I'd rather watch Netflix on a Gear VR than on my TV: once you launch Netflix, the lights in the virtual theatre dim as the large screen melts into the background. Never again will you have to worry about the suns glare or light peeking in from the outside window. I can see people buying the Samsung Gear VR just for the movie viewing experience, especially those who travel. 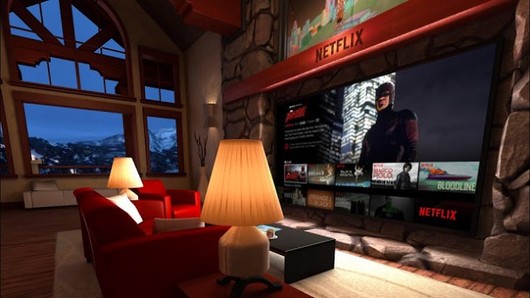 The controllers are smaller than any of the others in the market and are nearly as lightweight as a pencil. Once the Rift headset is on, your holographic blue hands shimmer in the background. Each gesture your hand makes in real life is captured in the virtual space and with a touch of any virtual object, the controller vibrates to transfer physical weight to your hands. The gestures are captured so perfectly that it tricks your brain into believing that the Touch hands are really yours. Downside? They won't ship to until Q2 2016. 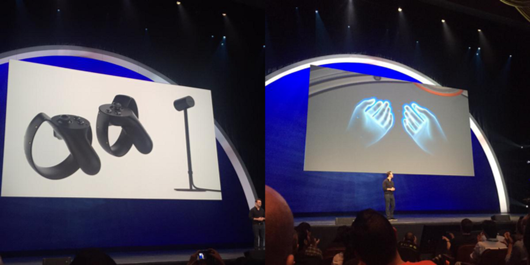 The Oculus Touch controllers are perfect to use with Medium, their new 3D virtual reality sculpting tool for creators. Brendan Iribe, Oculus CEO, said that Medium is Oculus's "paint app" as it allows anyone to quickly create and model 3D objects. Because the Oculus Touch controllers are so lightweight, designing objects in Medium is intuitive and unobtrusive. VR game studio, Borrowed Light, wrote on their blog, "[Medium's] possibilities feel endless and I was very encouraged by the precision of the Touch controllers for dealing with these kinds of experiences." Medium will surely revolutionize the 3D graphics and sculpting industry by allowing them to quickly iterate in ways that was not possible with 2D tools.

Epic Game's new sci-fi shooter game, Bullet Train, is the closest we've ever come to feeling like Neo from the Matrix. You can teleport to locations, slow down time, catch bullets mid-air and physically shoot two guns with your hands at the same time. With every pull of the trigger, the controller vibrates, causing the virtual world to collide with the real. This game is the future of what interactive VR gaming will become.

The most incredible Oculus Touch demo is Toybox. Toybox is the first social virtual reality experience that brings true social presence into another world. What is social presence you ask? It's when you feel that you are truly in another world with someone else. When Toybox is released (unfortunately not until the Oculus Touch Controllers are released in Q2 2016), it will totally "change the face of online social interaction" as described by Greg Clayman, of Vimeo.

Once you put on the Rift, you are looking at another person, except all you see of that person is their holographic blue hands and head. Quickly, you forget that they are missing their body, as they pick up a ping-pong racket and begin to play ping-pong back and forth with you. One minute you are lighting up fireworks, next you are underwater and the 3D shapes that were once held by gravity are now floating towards the "surface". As the demo came to a close, I did not want to leave; I wanted to stay exploring these various worlds with this stranger because I could do things that would never be possible in the real world. I can't wait for the world to try Toybox, it will change the way everyone thinks about VR.

Beyond Toybox, Oculus also announced that they will release their Social SDK 1.0 in Winter 2015. Users will then all have Oculus IDs, user profiles and have the ability to enter into various rooms with friends. For example, you'll be able to enter into a room and watch Twitch or movies with friends. They are also hoping to ship in-app purchases as well, which is great news for developers looking to make some cash for the Gear VR launch.

Although I am a VR enthusiast, I wasn't going to be able to afford the Rift because I'd have to shell out $1500 for an "Oculus Ready" computer before even buying the headset. Oculus' new partnership with Asus, Intel, Dell and Alienware, drops the price of an "Oculus Ready" computer to under $1000! You'll know a computer is "Oculus Ready" when you see an Oculus logo on any PC. This $500+ saving is a great distribution strategy for Oculus, as it will compel many, many more people to invest in a Oculus Ready computer and use the saved cash to buy the Rift!
6) VRScript Means Faster Prototyping of VR Apps

VRScript is a fast VR prototyping environment that uses the Scheme language to enable developers to build more rapidly for the Gear VR. Currently, when a developer makes any changes to their Gear VR app, they have to recompile the entire app, before seeing any of the changes. This compile process can take minutes, which slows down the entire development iteration process. It won't be released for a few months, but when it does, Carmack hopes it motivates more developers to build for VR. 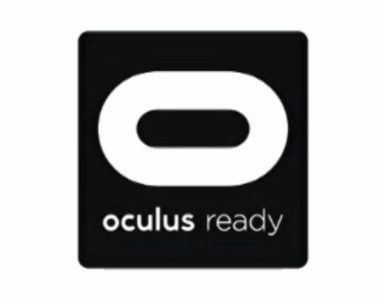 7) Acknowledgement of Cross-Platform Applications Was Non-Existent

Not once in the entire conference did any of the leaders mention the existence of other platforms or anything around the potential for future cross-platform interactions. All their social features, games, and worlds are for Oculus users only. It's like the game-console wars all over again. The VR community is one of the most sharing, collaborative communities that I've ever experienced, and for Oculus to completely shut off their platform to the other players (Vive, OSVR, Cardboard, etc), is the antithesis of what the community stands for. I hope this move compels the other big players to take a stance in the opposite direction and open their doors to any platform.

Michael Abrash, Chief Scientist at Oculus, said during his keynote that although we've come a long way making virtual reality, a reality, he reminded us that we have a lot to work towards: 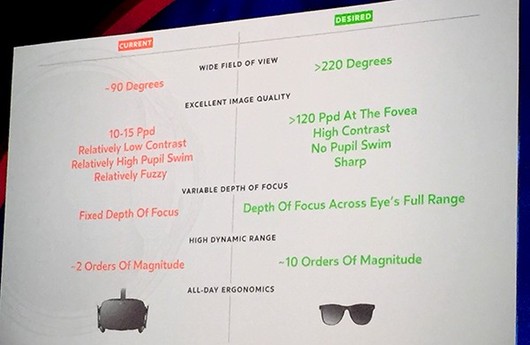 So let's get to work and make 2016 the year for consumer virtual reality!

If you enjoyed this, please subscribe to allthingsvr's weekly newsletter to receive updates on the top VR news, innovators and content :)