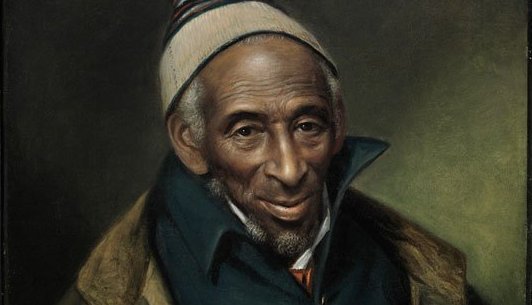 What does it mean for a religion to be woven into American history?

The presence of Muslims in the early United States is well known to scholars -- historians have put their population in the tens of thousands -- yet when President Obama noted last month that "Islam has been woven into the fabric of our country since its founding," he was greeted with incredulous outrage.

There was controversial Christian historian David Barton scoffing that Islam's influence could be seen mainly in the role followers of Muhammad played in the slave trade and the Barbary Wars, while South Carolina Congressman Jeff Duncan wondered if the president's "Jakarta elementary education" might be responsible for his view of the past.

An editor of a Catholic newspaper put doubts about the president's historical literacy plainly when he asked, "Is he high?"

But it's not up for argument that this majority Christian nation has a spiritual history much more diverse than usually supposed.

As Obama's critics have noted, there were, of course, no Muslims among the Founding Fathers. Thomas Jefferson and John Adams both owned copies of the Quran, but they may have been as unaware of Muslims living in the young United States as David Barton and Jeff Duncan are today.

Muslims' presence here is affirmed in documents dated more than a century before religious liberty became the law of the land, as in a Virginia statute of 1682 which referred to "negroes, moores, molatoes, and others, born of and in heathenish, idollatrous, pagan, and Mahometan parentage and country" who "heretofore and hereafter may be purchased, procured, or otherwise obteigned, as slaves."

The number of Muslims brought to this predominantly Christian land would have equalled the populations of many religious groups in 18th century America. In fact, men and women with connections to Islam in the newly independent United States would have rivaled the memberships of Methodist or Roman Catholic churches, and far exceeded the number of Jews.

No one would challenge the notion that these other faiths "have been woven into the fabric of our country," so why has the presence of Muslims in early America been forgotten? In part because the role of religion in the origins of slavery has been replaced in popular memory with later distinctions made according to race.

Some of the original slavery laws actually were more concerned with the content of forced laborers' beliefs than with the color of their skin. From the perspective of Europeans of the time, the reason for this was clear: Belief could spread in a way that color could not.

Even in 1685, a Spanish law stated, "The introduction of Mohammedan slaves into America is forbidden on account of the danger which lies in their intercourse with the Indians." Religious difference was regarded as highly contagious, and thus dangerous.

In the English colonies of North America to which we more often trace our nation's history, slave owners originally assumed Christians should not be slaves. Christian servants might work for a predetermined period under slave-like indenture, but the duration of their servitude was limited by definition. Non-Christians, on the other hand, could be trapped in bondage for life.

This arrangement soon proved untenable, however. If slavery was defined in relation to belief, conversion would become a potential path to freedom. Only after a Virginia law of 1667 guaranteed that baptism would not "alter the condition of the person as to his bondage or freedom," did English settlers declare that all enslaved men and women "brought or imported into this country, either by sea or land, whether Negroes, Moors, Mollattoes or Indians... shall be converted to the Christian faith."

The motivation for this was as much a matter of control as a genuine desire to spread the gospel. Praising the "beneficial effects of religious instruction" on the enslaved, one slaveholder later wrote, "those who have grown up under such instruction are more honest, truthful, moral... and devoted to their owners' interests than those who have not enjoyed the same advantages."

Given this history, it's no surprise that the place of Islam in the nation's past should make so many so uncomfortable. It was actively eradicated and replaced by the religious tradition with which the majority of Americans identify today.

Muslims were indeed here from the beginning, but the beliefs and practices they brought with them only rarely endured. Their experiences serve as a reminder that every faith woven into the fabric of our country has been made up of strands both light and dark.