"Study history, study history. In history lies all the secrets of statecraft."~~Winston Churchill

The television in the squalid hotel dining room was tuned to an early morning French newscast. The male commentator was quoting a BBC report that General Laurent Nkunda, head of the CNDP, had been ousted. There was something terribly wrong about the report. Our group had just come from a meeting with Nkunda at his compound near Jomba where he had been very much in control. There was an easy way to confirm that the BBC report was wrong. We called Nkunda on his cell phone. 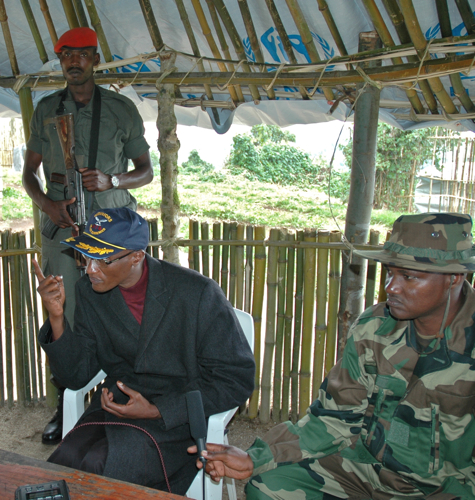 "This is absolutely not true," Nkunda said from his location in north Kivu Province in the Democratic Republic of Congo (DRC). The rival who challenged Nkunda's leadership was CNDP military chief of staff General Bosco Ntaganda, who was wanted by the International Criminal Court (ICC) for war crimes committed in 2002. Nkunda said that Ntaganda had as many as 36 troops with him, but had not staged a successful coup.

The media was reporting a coup that hadn't happened.

This was not the first time that lies formed the basis of statecraft in the case of Laurent Nkunda. Was he a renegade rebel, freedom fighter, dissident, murderer, saint, or savior? Truth, quote unquote, was whatever the international media and factional interests decreed. This template of "truth" was forged in international strategic and military interests in the Great Lakes region, not to mention gold, coltan, tin, diamonds and oil.

China was also silently waiting in the wings for the spoils and Nkunda viewed the Chinese as a threat to his country's heritage and wealth -- a robber baron of the future of Congolese children. In our 2009 discussion during a Virunga thunderstorm at Jomba, shielded from its force by a tattered UNICEF tarp, Nkunda predicted deals between DRC's President, Joseph Kabila, and the Chinese would benefit no one but Kabila.

In fact, by October of 2011 it was Kabila who approved a $6 billion copper-for-infrastructure deal with China that left Congo holding an empty money bag and $5.5 million the worse for the deal. The Economist and the British press commented: "The sale of mining licenses at below-market value to firms associated with friends of the president has raised eyebrows."

In three years, no one has heard from Nkunda after his betrayal by Rwanda's Paul Kagame in a mutually beneficial alliance with Congo's Joseph Kabila. Paul Kagame's press office has not responded to repeated requests for an interview.

Contrary to news reports at the time, Nkunda was not on the run, nor had he been ousted in a coup d'état by the war criminal Bosco Ntaganda. Against the advice of advisors, Nkunda went willingly to a meeting called in Rwanda to consider peace talks. Associates suspected a trap, and they were correct. But a "renegade" general "on the run" is a compelling story.

Today, Nkunda is being held under house arrest in Rwanda with no criminal charges pending against him. A petition filed by his lawyer in the Supreme Court of Rwanda in March 2010 says Nkunda:

...was arrested on or about January 22, 2009 by members of Rwanda Defence Forces of Rwanda (RDF), and remains to this day held by the Rwandan authorities, and without appearing before a judge so that he can be informed of the reasons for his arrest and detention....Laurent Nkunda was arrested while attending a formal meeting to which he had been invited to participate...

This document has been recently scrubbed from the ICC website. The Hague has not responded to our request for an explanation. One explanation might be that the complete petition demonstrates that Rwanda is in violation of its constitution, since it holds Nkunda with no criminal or civil charges filed against him. 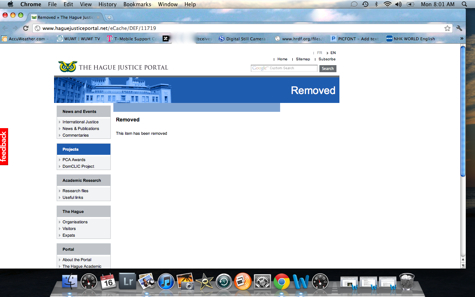 In late 2008, there was intense international pressure on both Rwanda and Congo to end the bloodshed in eastern Congo. When Rwanda decided to join forces with Joseph Kabila to fight the FDLR, Nkunda refused to join the new alliance. Nkunda, a Tutsi, was providing protection for the Rwandan border and also residents of eastern Congo from the Hutu FDLR, responsible for the 1994 genocide. There was good reason for Kagame to want Nkunda marginalized. He was more popular than the Rwandan president. As far as Kabila was concerned, Nkunda's CNDP was marching almost unopposed towards Kinshasha, and an alliance with the enemy Rwanda was an easy solution to the Nkunda "problem." 21,000 square kilometers were under CNDP control.

One of the most sensational and damaging press reports focused on the massacre at the village Kiwanja in December 2008. The bloodshed was blamed on Nkunda and he vehemently denied any involvement.

Laurent Nkunda explaining CNDP military code of conduct: Death by firing squad for rape The Kiwanja incident is one of several in which hindsight proves that there is no absolute truth in warfare. A cable tells a different story from the one carried by all international media outlets in 2008.

The CNDP accused FARDC, in collaboration with FDLR and PARECO Mai Mai, of targeted killings of civilians in Kiwanja on November 5 in retaliation for cooperation with CNDP during the latter's occupation of the town on November 2. The CNDP denounced what it labels a "defamation" campaign carried out against it by the Governor of North Kivu, Julien Paluku.

"All 69 civilian killings belong to all ethnicities, contrary to declarations of deputies/representatives who abusively attribute them to their ethnic group. We are not able to attribute the responsibility for these events to the CNDP. "

It is the wild discrepancies in the Nkunda narrative that are troubling.

In fact, no media outlet, no State Department spokesperson, no humanitarian organization has spoken out about Nkunda's denials as well as the denials of the Hutu leadership of Kiwanja.

Why would the United States act in virtual collusion with the storyline put forth by the Congolese government? Why has the United States continued to prop up the regime of Rwanda's Paul Kagame as it continues to trample on the free speech of anyone offering opposition to his rule? Look no further than the new state of the art embassy in Kigali -- a sop to silence -- the three-headed dog of Rwanda, the U.S. and Congo guarding the gate to strategic interests. 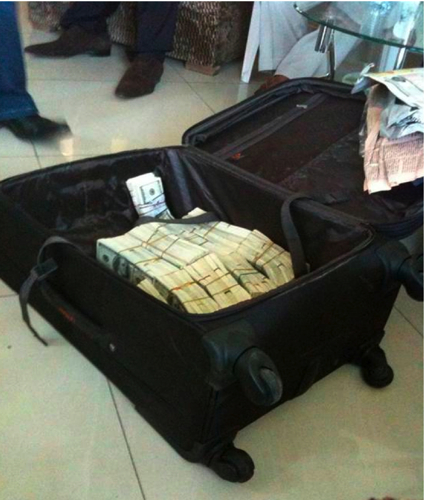 The factionalized CNDP was "integrated" under the command of Ntaganda with the regular Congolese army (FARDC), was promised influencial cabinet posts, and has gained control of lucrative mining interests near Walikale. The United Nations reports that smuggling by Rwanda has increased, and attacks against civilians continue, but deep in the forests and away from the cameras. Today, it is innocent villagers who are paying the price as they pay bribes for protection that brings no relief from atrocity.

Rwanda has never made good on its pledge to route the FDLR genocidaires from eastern Congo.

Today, Congolese tell me that they wonder now whether they were better off with Nkunda. In the same breath they say that they will be killed if identified.