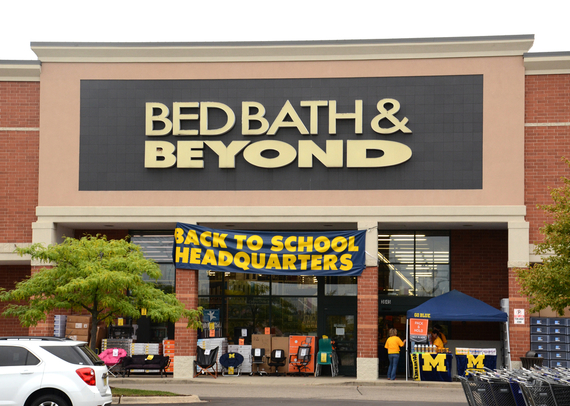 Ralph Campbell's online order with Bed Bath & Beyond is missing in action. Why won't anyone help him?

Question: I tried to place an order on Bed Bath & Beyond's website and it wouldn't go through, so I called and asked a sales representative for help.

First, he said that there was a problem with my shipping and billing addresses. I called my bank while they were on the line and we determined what the problem was and I placed my order. The order went through and I received a confirmation email and number.

Then I received a call from their order processing department and was told to call them. I have tried to call the number four times and left a message each time with my name, phone number and order number. I have been told that they are busy and will return my call in the order it was received. So far, I have received no return calls.

I called their sales department and talked to a woman who took all my information and said that it would be taken care of. It's been several days, and I've heard nothing.

I talked to another woman who told me I needed to call the order department and gave the same number I have been calling with no response. Then she told me that they can't help because I gave the company the wrong information when I first called. Why wouldn't that woman tell me about the problem?

I even wrote an email to Bed Bath & Beyond with this problem and gave them my phone number, and still have received no response to that, either. When I asked for a supervisor, she informed me that the supervisor would tell me the same thing: "Call the number." I asked if she knew the name of the CEO and she said that she did not. Can you help me? -- Ralph Campbell, Albuquerque, NM

Answer: Bed Bath & Beyond should have fixed your order quickly instead of giving you the runaround. The endless phone tag to determine the status of your order is completely unnecessary.

The employee who told you she didn't know the CEO's name was the final insult. I find it highly unlikely that anyone who works for Bed Bath & Beyond doesn't know who the CEO is, and that suggested you were getting pushed around.

It's odd, because you were trying to give the company your business. Why wouldn't it want to remove the money from your account and fulfill your order?

Your case underscores the importance of having an up-to-date billing address and account number, precisely so issues like this don't happen. But I can't be certain that this was a problem on your side. It may have been a Bed Bath & Beyond error -- one it refused to fix.

I love the resolution on this one. You contacted me to see if I had the name of the company's CEO. It didn't exist in our company contact database, but I promised to add it to our "to-do" list.

You decided to take matters into your own hands. You found the address for Steven Temares -- it's Steven.Temares[at]bedbath.com. You emailed him.

"He answered me back personally within an hour," you told me. "I explained what was happening with his staff and told him my problem. He thanked me for bringing this to his attention and said that he would take care of it."

And he did. Problem solved! I love a happy ending.