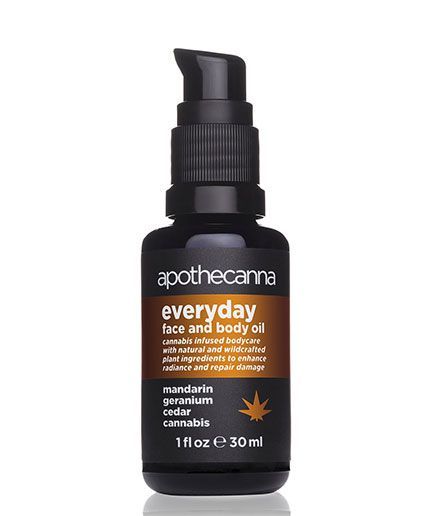 Weed, ganja, pot, cannabis, Mary Jane -- call it what you want. Marijuana has had a somewhat controversial history in the United States. But recently, national perception of the drug has shifted as more and more states are legalizing it -- so far, 24 for medical purposes; four for recreational. What was once associated with Woodstock and Reagan's War on Drugs is now pretty damn socially acceptable.

In the last few years, there have been a number of triumphs in the weed community, like the creation of pro-pot spas in states like Colorado and Illinois, weed-infused lube, and the opening of New York City's first medical-marijuana dispensary this year. Given the plant's popularity, it's no surprise that it's making its way into skin care. I figured, as a beauty editor, it'd be almost irresponsible if I didn't test the latest thing, right?

First things first, is cannabis-infused skin care legal everywhere? Well, that depends. Both of the brands I tried, Apothecanna and CBD For Life, are sold legally in all states in the U.S., but according to Mollie Twining, founding partner and president of sales for CBD For Life, "The legality is dependent upon the source and extraction of CBD." CBD is derived from the stalks and stems of hemp (like that found in Apothecanna and CBD For Life's products) and is legal as long as the THC level is under 0.3%, she adds. 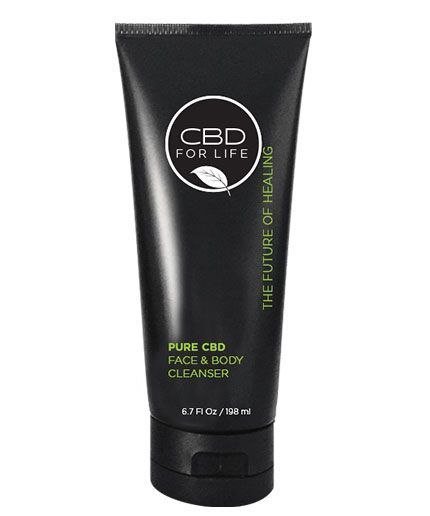 As I dipped my fingers into Apothecanna's Everyday Face and Body Oil, I couldn't help but giggle -- despite the fact that the moisturizer is completely legal in the States, something about using it felt naughty, like I was stealing a (pot) cookie from the metaphorical cookie jar. I rubbed the slick oil onto my face and it felt like, well, any other facial oil I'd tried. The scent, however, set it apart: citrusy and crisp, with some warm woodiness in there, too. But what about the weed? I didn't think I'd get high, but I thought maybe something would happen.

Both Apothecanna and CBD For Life employ the power of cannabidiol (CBD), one of the two compounds responsible for most of marijuana's effects; the other being tetrahydrocannabinol (THC). Unlike THC, CBD doesn't produce any psychoactive effects. In other words: no high. The compound is also known for its pain-reliving and anti-inflammatory properties, says Julie Winters, chief operating officer of CBD For Life, making it an effective skin-soother.

"[It can also have] an indirect benefit on 'inflam-aging,' or aging caused by chronic skin inflammation," says Ni'Kita Wilson, cosmetic chemist and founder of Skinects. Hemp-seed oil, she says, is very moisturizing and can improve the skin's barrier, reduce dryness and skin sensitivity, and help skin to appear plumper and smoother. The compound is also great for soothing bug bites, muscle aches, and menstrual cramps, adds James Kennedy, founder of Apothecanna.

After using these products for a month, I've found they give the same results as the other, non-cannabis skin care I keep in my medicine cabinet. Apothecanna's face oil was great. It was extremely moisturizing, didn't break me out, and plumped my skin overnight.

I found CBD For Life's Facial and Body Cleanser to be a great body wash for year-round use, because it effectively cleanses without stripping the skin of its natural oils. Often, post-shower, I didn't feel the need to moisturize my body. 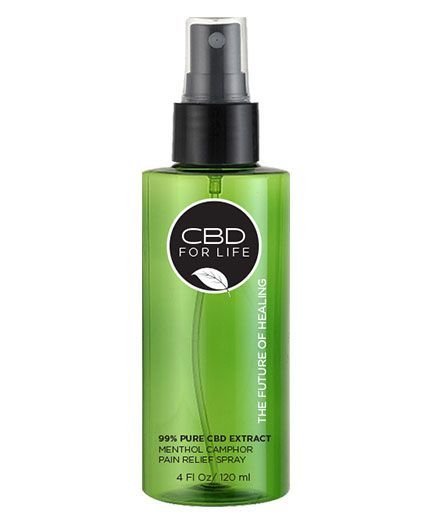 But it was CBD For Life's Pure CBD Extract Pain Relief Spray that I was most curious about initially. I gave it to my boyfriend, who constantly complains of muscle fatigue and back pain, to test, with the instructions to use it for a few weeks in lieu of his beloved Tiger Balm and Dr. Teal's Pre & Post Workout Pain Relief Cream.

This is what he had to say: "It doesn't have that satisfying icy-hot feeling, but it does seem to reduce general muscle tension. You really have to douse your body in it -- two to three spritzes minimum on each area. It's not any different than the pain-relieving topicals available at the drugstore, but it did make me feel relaxed."

I tried it on my body post-workout and on my abs when I was on my period (What the hell, right?), and fell into a chill state of relaxation. Whether the CBD or the menthol is responsible is up for debate.

"If the source of the pain is very localized in the skin, rubbing on a concentrated solution of cannabis might help reduce the pain," says a slightly skeptical Gary Wenk, PhD, professor of psychology, neuroscience, and medical genetics. However, Ethan Russo, MD, board-certified neurologist and past president of the International Cannabinoid Research Society, warns that "there's a tremendous placebo effect with cannabis-based medicines, especially anything pertaining to topicals and massage."

Basically, nothing's as potent as a good ol' toke of herb. Or so we hear.

Refinery29 in no way encourages illegal activity and would like to remind its readers that marijuana usage continues to be an offense under Federal Law, regardless of state marijuana laws. To learn more, click here.

WEED: The New Science of Marijuana
More:
StyleWeedBeauty
Newsletter Sign Up
An essential daily guide to achieving the good life
Subscribe to our lifestyle email.
Successfully Subscribed!
Realness delivered to your inbox