I have been reading to my son since the day he was born. I remember he would look up at me, only a few days old, eyes-wide, listening to the words so intently. He has heard stories from me, his father, his grandparents, his loving uncles, and so many more. No matter what the activity or tantrum, all would come to a halt for story time.

In a cross-continent move, we picked up our four-month old and headed to San Francisco. We hadn't even finished unpacking when I realized that with our family and friends, we had also left so many stories behind. Raising my son alone, thousands of kilometers away from family, meant it was up to me to preserve our culture. The vivid stories of our rich and colorful Indian heritage would be forever lost if I did not find a way to share them with my son.

With this, my hunt began. I scoured bookstores to find books with stories that I grew up hearing, or characters that brought back fond memories in my mother's lap. I could not find any. The few that were available were poor quality and not developmentally appropriate for children, using vocabulary or illustrations that were more for adults than young children.

As days and weeks passed, I realized that there was more to my desperate search than just finding cultural books.

My North American upbringing meant I grew up reading books about white protagonists in Western stories; truth be told, I don't want my son to grow up in that world. My brown-skinned, dark-haired son should be able to open the covers of a book and see himself as an adventurer, a scientist, or musician. He should be able to go to the library and find stories about Krishna or Ganesh alongside tales of Rapunzel and Snow White. He should have the opportunity to explore the world through the eyes of Anansi, Doña, and Elonen. Much to my disappointment, the libraries and bookstores that I had been scouring all displayed the same monotonous book covers, telling the same predominantly white stories. Nothing had changed.

My desperate search was fueled by so much more. This was about representing my culture on book shelves. This was about all children -- regardless of ethnicity -- to see diversity in the books they read, so they can broaden their world view, understand, appreciate, and celebrate one another. This was about making a drastic change to the books that populated classrooms, libraries, schools, and homes. 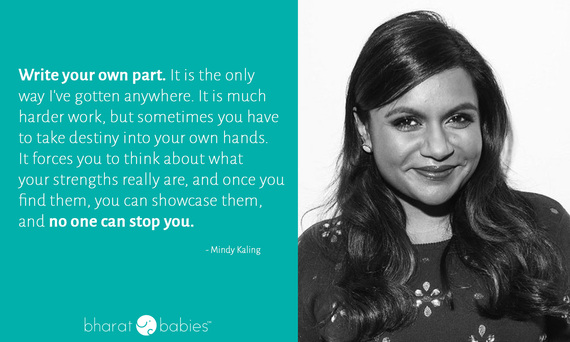 So, I took Mindy Kaling's advice (she gives the best advice) and I 'wrote my own part.' I wrote a children's book -- one that shared the strong morals and values that my parents shared with me, while being relatable to today's children with universal themes that were meaningful and relevant. I submitted my manuscript to dozens of publishers.

Months passed. There was no response.

As fate would have it, Bharat Babies' founder Sailaja Joshi was visiting San Francisco following the launch of her new venture. I was scheduled to interview her for a feature article about South Asian entrepreneurs. Over a cup of coffee, we shared a common story. We talked about bringing the stories of our rich heritage to our children in a developmentally appropriate manner. We talked about changing the face of bookshelves to represent the beautiful diversity of our country. And, by the end of our coffees, I shared my manuscript with her.

Nearly two years after being written, my book, Ganesh and the Little Mouse, will be in bookstores this fall. Ganesh and the Little Mouse tells a story of two unlikely friends who are teased for not being as strong and powerful as the other Gods. In an effort to prove themselves, Ganesh signs up for an Around-the-World Race against the kingdom's strongest and fiercest competitors. But, when Little Mouse collapses to the ground during the race, Ganesh realizes that being the fastest or strongest isn't important at all. The most important thing is having the love and support of true friends and family.

It's a story I can't wait to share with my son, and the rest of the world.

Ganesh and the Little Mouse is available for preorder now. The author is donating all proceeds to Nepal earthquake relief efforts. 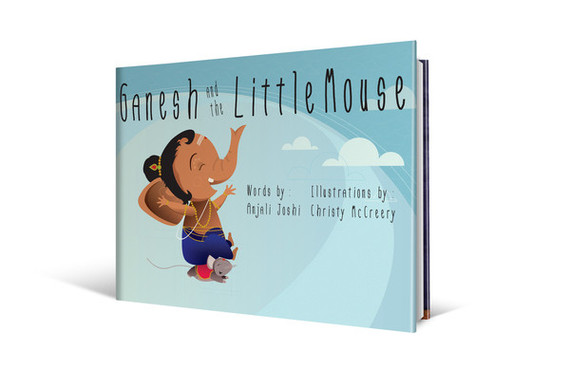