Layla, age 6, is obsessed with roller skating. She's been dying to find "her thing." Her cousins on both sides of the family are accomplished golfers and equestrians... and being the type A, competitive spark plug that she is, she's been longing to find a way to make her mark on the world.

"Mommy, mommy, mommy... what's my THING going to be?! Everrrrrrrrrybody has a THING!" No pressure, right?

So, yesterday I took her roller skating. The two of us out on the rink. Rounding corners, skating backwards, holding hands and even "shooting the duck." You roller skaters will fondly remember that move from 1989... which of course was much easier to do in 1989. 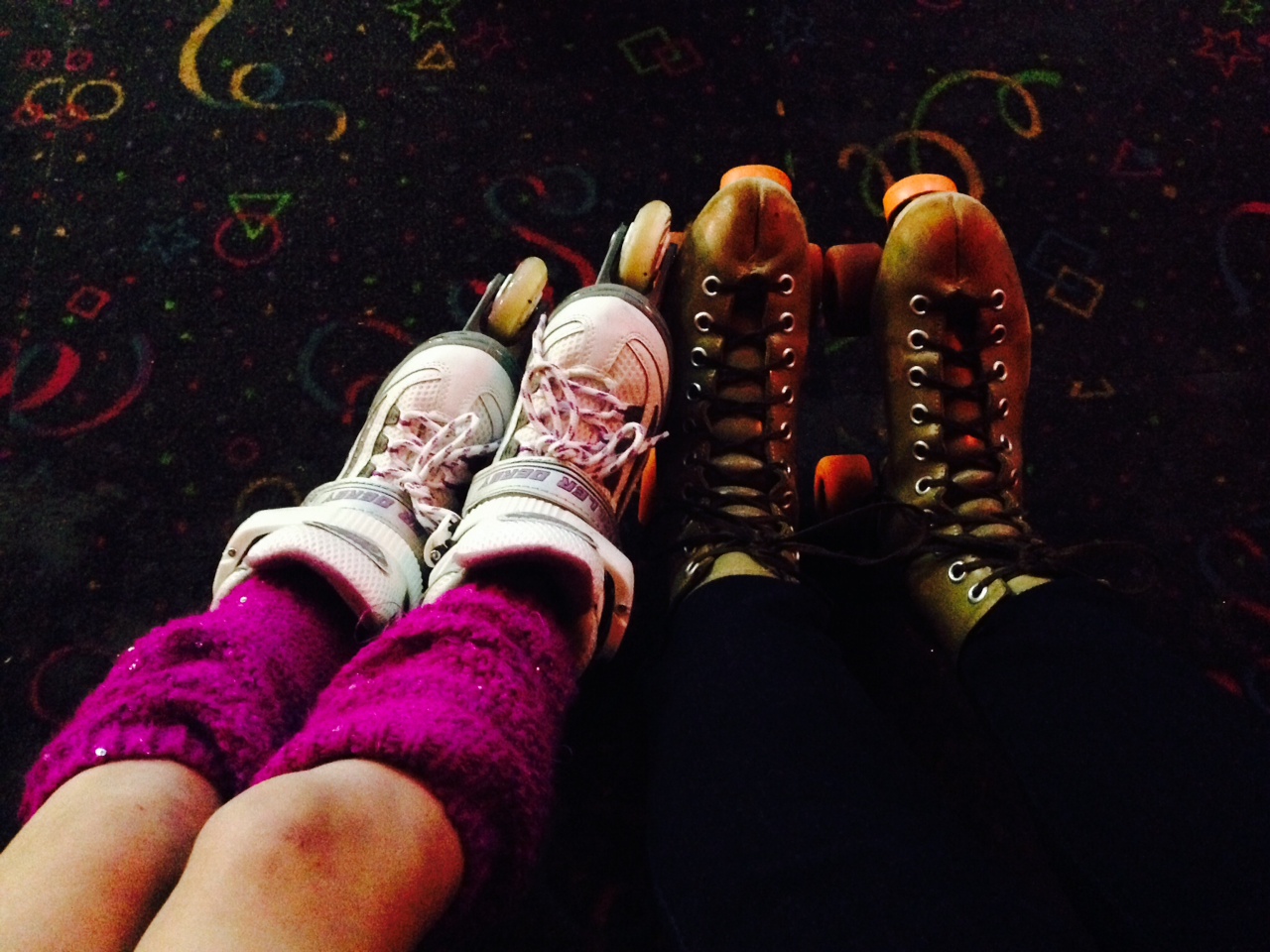 The rental skates were uglier than I remembered, but the rink hadn't changed one bit -- the rink itself, the shag carpeting and the dusty, cheap prizes you "win" if you collect enough game tickets from the overpriced arcade games were all the same. But we had fun. A lot of fun. It was a fascinating juxtaposition -- feeling like a good mother while simultaneously escaping motherhood and acting like I was 14 years old again.

By the end of the "open session," my thighs were killing me and I was so thrilled that I hadn't broken a finger, elbow or kneecap that I was ready to take off my skates and call it a successful Saturday mother-daughter-bonding-event.

And then, they announced the races.

Layla burst onto the rink when they called her age group. Despite her extremely limited roller skating experience (it was only her third time on skates), she had no fear. She enthusiastically took off at the sound of "Go!", but was quickly passed by 90 percent of the other skaters. 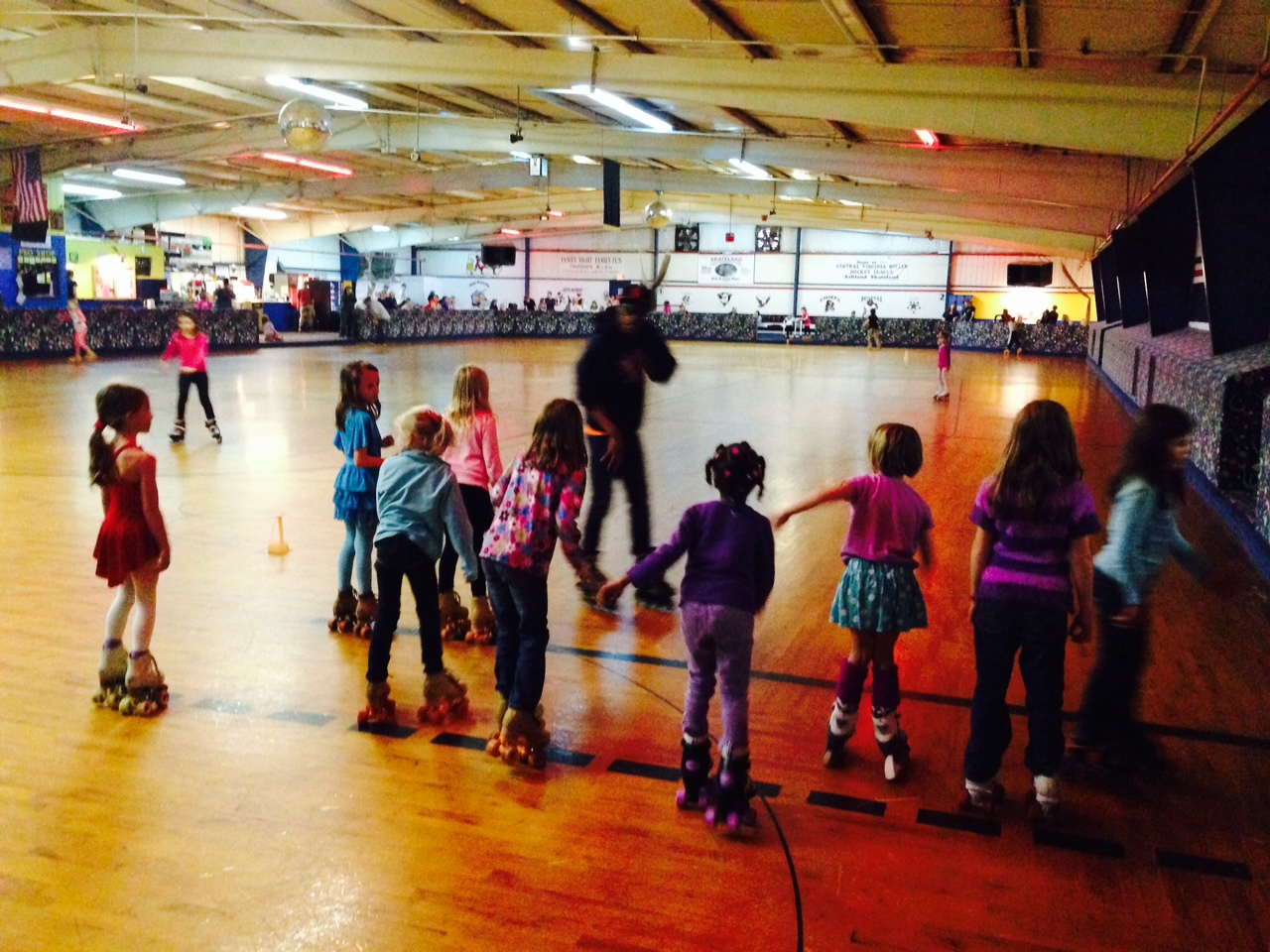 She hobbled around with bent knees and a hunched back... but with the vigor of an Olympic champion. Just before reaching the finish line, she fell on all fours and the entire rink listened to the skin being scraped off her precious, little knees. (Note to self: bare knees when roller skating are not a good parenting move.)

She didn't finish the race and she was devastated. I did my best to console her. This promptly reminded me that I was indeed NOT 14 years old anymore... and I was 100 percent responsible for turning this disaster of a situation, and brokenhearted little girl, around so we wouldn't be politely asked to leave.

After finally getting Layla back to a mode that was more breathing and less screaming, I was ready to go. Enough skating. Enough tears. I needed a nap.

And then, they announced the "12 and Up" races. And THIS happened. Layla looked up at me with her red-stained, tear-filled face and said, "Mommy, why are you not doing the grown-up skate race?"

I looked out onto the rink and saw seven guys on the starting line shaking their limbs in preparation for a battle. Four who looked like 16-year-old hybrids of Justin Bieber and professional hockey players, and three dads who were significantly less fit, but had their OWN skates. Which means a lot. It means they can skate.

So, I quickly shut down the conversation by acting "really busy" trying to get all of our stuff together and saying, "Because they're all guys and they're really fast."

To which Layla responded, "You would tell me to go do it, anyway." 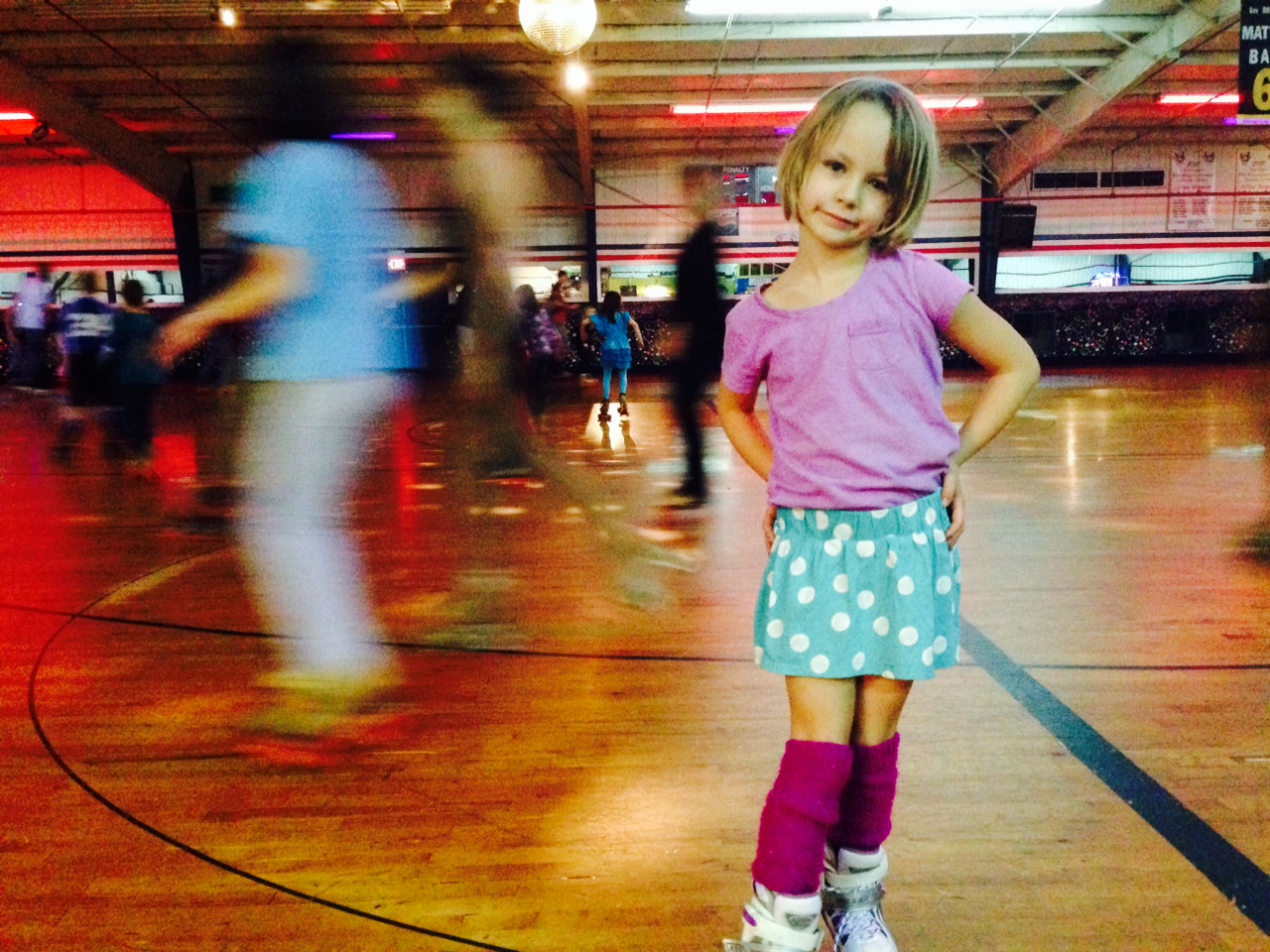 Oh man. A 6-year-old using my own lessons and irrational arguments against me. I immediately had a flashback to three weeks ago when I talked her (read: forced her) into staying on an all-boys soccer team because "just because other girls didn't join doesn't mean you get to quit."

So I went. I joined the men, and I raced. I was humiliated as I squeezed my mom jeans into the lineup... insanely conscious of what everyone must have been thinking. And in that moment, I promised I'd never make Layla do ANYTHING she didn't want to do. Ever again.

But as soon as the DJ yelled, "On your mark. Get set. Go!" from the shag carpet-covered booth, I took off and turned 14 years old again. It was only one lap around the rink, but it was exhilarating. I forgot I was a mom, I forgot how bad my thighs hurt, and I forgot I didn't want to race in the first place. I chased that shaggy-haired middle-schooler in front of me like my life depended on it.

I never caught him. I came in last place. But I didn't care. It was so fun and so freeing. And I wasn't embarrassed, I was proud.

In the end, it was a fascinating experience to be on the receiving end of your own life lessons... served up by your 6-year-old child. And while I hated hearing the lesson and sulked my way out onto the skating rink, it turned out to be the right advice served up at exactly the right time.

I'm thankful Layla was wise enough to throw it back in my face.

via "Mom Candy: 1,000 Quotes of Inspiration for Mothers"

More:
parenting adviceMomsParenting Parentsdaughters
Newsletter Sign Up
Raise the kind of person you'd like to know
Subscribe to our parenting newsletter.
Successfully Subscribed!
Realness delivered to your inbox

Founder & CEO of The Mom Complex