Suppose I told you that, behind the closed doors of a nearby animal farm, something terrible was going on with the animals: vicious abuse and neglect, atrocious conditions, disease and agonizing death.

You would probably want to expose it, protect the animals and punish the offenders. So would I. But instead of seeing more laws dedicated to curbing such abuse, we're seeing a rash of state laws designed to keep them secret.

Some of these whistleblower suppression laws -- coined "ag-gag" by food writer Mark Bittman -- aggressively criminalize firsthand documenting and/or reporting of the day-to-day activities of industrial farms, while doing nothing to contain the abuse.

Other approaches -- designed to appear animal-friendly but that actually hinder investigators and whistleblowers -- require reporting of witnessed abuse within such a short and arbitrary period of time that adequate documentation of a pattern of abuse is impossible. 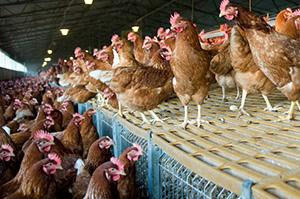 Whatever their approach, these laws audaciously and outrageously hide reckless cruelty and incredible suffering.

The first ag-gag bill of 2014 has already been introduced -- right on the heels of a previous one's defeat -- and will be heard in the Corrections and Criminal Law committee on Tuesday at the Indiana State House. If passed, SB101 could make felons out of whistleblowers exposing unethical or illegal activities on industrial farms. A coalition of civil liberties, public health, food safety, environmental, food justice, animal welfare, legal, workers' rights, journalism and First Amendment organizations is calling on the Indiana legislature to reject the bill.

In 2012, ag-gag bills became law in Missouri, Iowa and Utah -- joining Montana, North Dakota, and Kansas. This "goes against everything this country has stood for since its inception," wrote one local journalist about an ag-gag bill introduced in Pennsylvania. But the good news is that, of 15 ag-gag bills introduced in 11 states in 2013, none passed.

This pattern of failure should tell you something about the fatal flaws the laws have in common.

Veteran journalist Bill Moyers spoke about ag-gag laws in 2013, pointing out another surprising commonality among these bills in terms of how they're drafted, why, and by whom.

Factory farm owners will tell you they're meeting a critical consumer need and treating their animals humanely (if so, why do they need protection from truth-tellers?). But if we've learned anything about factory farms, it's that we can't leave the safety of those animals to chance:

In 2011, Mercy for Animals released a video shot inside a North Carolina turkey factory farm owned by Butterball. The video shows frightened turkeys being violently kicked, thrown hard against the side of a truck and dragged across the floor. The video also shows birds with bloody open wounds, broken bones and diseased eyes.

Another Mercy for Animals investigation in Texas revealed the depraved abuse of calves at a cattle company in the Texas panhandle.

Other undercover actions have exposed animal cruelty in places including California, Idaho, Wyoming, and Iowa.

In case after case, whistleblowers are the only things standing between farm animals and violent abuse -- and in some cases, between you and contaminated food. Similarly shocking journalistic exposés led directly to the passage of the federal Meat Inspection Act, the Pure Food and Drug Act, and the eventual formation of the federal Food and Drug Administration.

"Videotaping at factory farms wouldn't be necessary if the industry were properly regulated. But it isn't," writes Bittman in his New York Times column. "The biggest problem of all is that we've created a system in which standard factory-farming practices are inhumane... If you're raising and killing 10 billion animals every year, some abuse is pretty much guaranteed."

This is why the ASPCA stands firmly with our partners in opposition to Indiana's and other ag-gag laws.

Bottom line: They take protection from the vulnerable, and give it to the powerful. It's cruel, it's wrong, and it's dangerous.

But you can help.

• If you live in a state that's introduced an ag-gag measure (check here), please visit the ASPCA Advocacy Center to take action now.

• Consider joining the ASPCA's two-million strong Advocacy Brigade. As a member, you'll be alerted by email when we need your help with animal-related legislation pending in your state and in Congress.