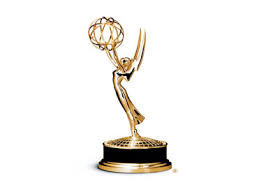 Three days ago, The Newark Star Ledger, the largest paper in New Jersey won an astonishing 4 Emmy Awards for their online video. Astonishing because the Emmy is a television award and the Ledger is a newspaper.

It brings to 14 the total number of Emmy Awards that the reporting staff of the Ledger has won - and 58 nominations.

This is of particularly interest and pride to me because we taught the Ledger's newspaper reporters how to shoot and cut and report in video. There is nothing more powerful than a print journalist empowered to make video. And year after year, the Ledger reporters proved it.

So it was a bit of a shock to read this morning that Advance Publications, the Ledger's parent company, is going to cut 167 jobs at the paper, 40 of them in the newsroom.

I understand that newspapers are under deep financial stress. Every newspaper in the world is trying to figure out how to make a living in a world of endless amounts of free content online. And the Ledger is no exception.

Newspapers are in trouble. Deep trouble. It is questionable whether any of them will survive.

But there's an inherent irony in this. There were once 20 daily newspapers in New York City. That was before television and before the Internet.

What the Internet has done is explode the number of platforms for information and cut the cost of dissemination to nothing. Now, on Facebook (which is apparently the primary news source for many under-30 year olds) you can instantly reach 1.2 billion people worldwide for free.

This is an astonishing power. AJ Liebling was quoted as saying 'Freedom of the press is guaranteed only to those who own one'. And for most of history, owning a press was an extremely expensive business.

That is no longer the case.

Today, anyone can own a press.

But what are you going to put into it?

What of the 'stuff' that goes on these platforms. Where does that come from?

For the most part, it comes from the kind of people who work at places like The Star Ledger.

If you want to get beyond cats in trees or photos of your dinner last night; if you want intelligent content, then you have to pay attention to the content creators.

To own a content producing machine (why else would anyone read The Star Ledger or come to their website, NJ.com?), and then turn around and kill the very thing that makes the content makes no sense. It's your lifeblood.

Without the content you will soon have no 'traffic'; sell no newspapers.

The more platforms we have -- iPhones, tablets, social media, apps, blah blah.. the more they need to be fed with content. And where is that content going to come from?

The Star Ledger has great reporters, great journalists. They should be the LAST people who get fired. They should be making content for the almost unlimited demand of a million new platforms.

Instead, they are looking for work.