Flash forward to February 2014 when Sandie McHugh and Jerome Carson, psychologists from the University of Bolton, recreated the same experiment in what's now called The Bolton News. The resulting 489 answers revealed that people aren't defining happiness in the same way they used to.

Both surveys offered 10 potential happiness "ingredients" and asked participants to rank them from most important to least important. Almost eight decades later, security remained in the top three, but good humor and leisure took first and second place while religion fell all the way to the bottom of the list. 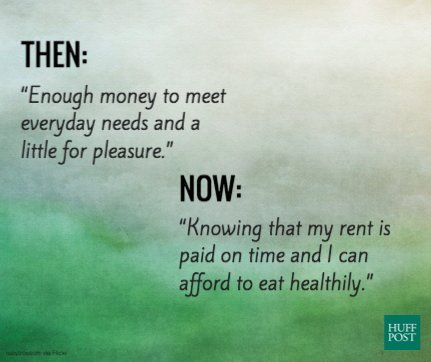 In 1938, luck was perceived to be an important contributor to happiness by only 20 percent of respondents, but that number jumped to 41 percent in 2014. And while the majority of people were happy most of the time almost 80 years ago, recent respondents noted how their happiness tended to be concentrated on weekends. What's more, 63 percent said they felt happier when they were away from home. 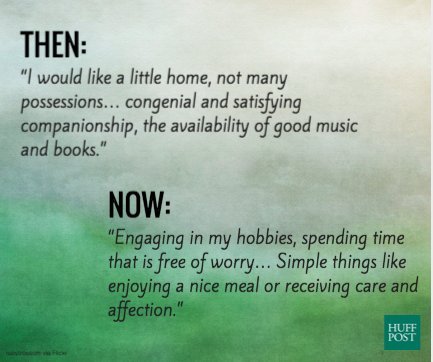 However, both generations agreed on one thing: Money cannot buy happiness. When it came to wealth, respondents in 1938 said they only needed "a little bit put by for a rainy day.” Recent generations echoed similar sentiments as 76 percent of them said happiness wasn't directly linked to the amount of their material possessions. Instead, it was about "simple things like going out for a walk with the dog." 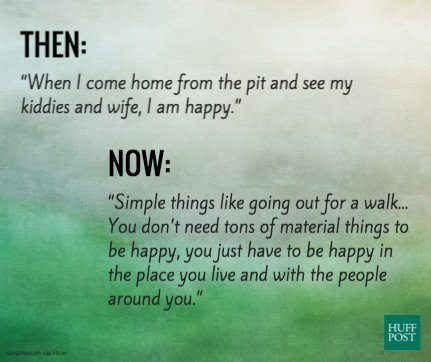 “The overall impression from the correspondence in 1938 is that happiness factors were rooted in everyday lives at home and within the community," said study author Sandie McHugh in her presentation to the Annual Conference of the British Psychological Society in Liverpool on May 5. "In 2014, many comments value family and friends, with good humour and leisure time also ranked highly.”