When reading about Harry Potter's adventures fighting Lord Voldemort or flying around the Quidditch field on his broomstick, we can become so absorbed in the story that the characters and events start to feel real. And according to neuroscientists, there's a good reason for this.

Researchers in the Machine Learning Department at Carnegie Mellon University scanned the brains of Harry Potter readers, and found that reading about Harry's adventures activates the same brain regions used to perceive people's intentions and actions in the real world.

The researchers performed fMRI scans on a group of eight study participants while they read chapter nine of Harry Potter and the Sorcerer's Stone, which describes Harry's first flying lesson. Then, they analyzed the scans, one cubic millimeter at a time, for four-word segments of the chapter in order to build the first integrated computational model of reading. The researchers created a technique such that for each two-second fMRI scan, the readers would see four words. And for each word, the researchers identified 195 detailed features that the brain would process. Then, an algorithm was applied to analyze the activation of each millimeter of the brain for each two-second scan, associating various word features with different regions of the brain.

Using the model, the researchers were able to predict which of two passages the subjects were reading with a 74 percent accuracy rate.

The new model not only provides a glimpse of what's happening allowed the researchers to analyze multiple subprocesses of the brain simultaneously, a feat never before achieved by neuroscientists. If developed, the model could be useful for studying and diagnosing reading disorders like dyslexia, but more research is needed.

"At first, we were skeptical of whether this would work at all," one of the study's authors, computer scientist Tom Mitchell, said in a statement. "But it turned out amazingly well and now we have these wonderful brain maps that describe where in the brain you're thinking about a wide variety of things."

Previous neuroscience research has found that reading fiction stimulates many parts of the brain beyond just those involved in processing language, and can profoundly impact thought and behavior. Neuroscientists have shown, for instance, when the brain reads a word like "perfume" or "cinnamon," it activates both language processing areas and regions associated with processing smell. This can make the experience of reading feel incredibly real.

Reading fiction has also been found to increase empathy and help us to make moral decisions. A 2013 study published in the journal PLOS One found that people who felt "emotionally transported" by a fictional work become more empathic.

The new findings were published online in the journal PLOS One. 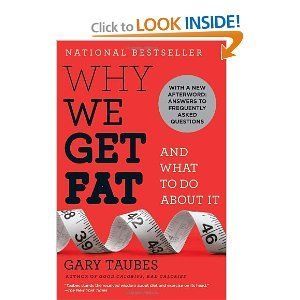