COPENHAGEN (January 30, 2014) -- Today, leading academics, government officials and practitioners will convene in the Danish Parliament under the auspices of the Freedom Rights Project to discuss the problems afflicting international human rights and provide solutions.

The Freedom Rights Project aims to raise the quality of human rights discourse as a necessary step to changing bad practice. As part of that they examine whether international human rights institutions have become ineffective, or worse, counterproductive, to human rights.

I spoke to the Director and Co-Founder Jacob Mchangama on the aims of the conference, its major themes and his personal experiences: 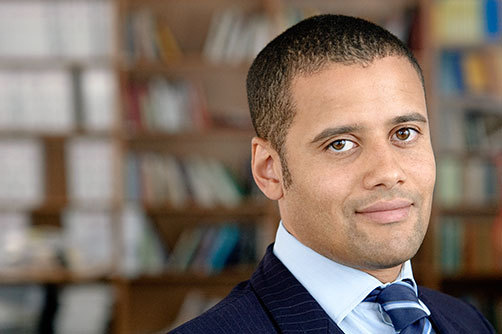 The freedom rights project seeks to restore liberty at the heart of human rights. Do you mean some rights do not promote liberty?

I think there's been a rights proliferation. If you look at the Universal Declaration of Human Rights, it had some 30 rights, but if you look at the international human rights body, you're looking at some 64 conventions and protocols, and some 1,300 human rights provisions at the European and UN level. If you look at some of the rights that are promoted at the human rights council, they're antithetical to the liberty: the right to solidarity, for example. These abstract, third generation rights don't mean anything, and countries such as Cuba and China use them to praise each other and to avoid criticism.

This is a very dangerous development. Human rights have become such a vague concept when the governance of Cuba, Belarus and China can be said to conform to human rights standards. What do human rights mean any more?

How does the conference seek to advance this discussion?

There's an emerging group within the human rights movement that is talking about a crisis. It's not a homogenous group. I meet a lot of people that agree there's proliferation of rights. That doesn't mean that they necessarily fully agree on which rights are the fundamental ones, or how to implement them, but the discussion has begun.

The human rights movement is filled with so much lofty rhetoric and so many dogmas that go unchallenged. There is a space for a higher degree of discussion around these topics.

These dogmas should be subjected to the same level of academic scrutiny that dogmas in other disciplines receive. We don't really have enough of these discussions in the human rights movement. For example, the dogma of indivisibility of rights is almost never scrutinized by mainstream human rights institutions.

We've lined up a world-class panel of speakers, academics, government officials and practitioners to highlight these issues and propose solutions.

For example, Dr. Emilie Hafner-Burton (who's speaking today) has done some great work in trying to show if the human rights superstructure actually advances rights in countries that are not democracies already. Empirically, it has been very difficult to show that it actually helps. That poses a problem. You cannot just keep continuing to expand international norms and treaties if they're not changing anything on the ground.

Has the link between the protection of fundamental human rights and prosperity been lost in the discussion? Is it one of your arguments?

When rights have a limited, narrow focus they are a politically neutral mechanism. In other words, you can focus on fundamental human rights and have a laissez faire or a socially democratic economic policy.

We're more interested in whether justiciable social and economic rights have played a part in developing the social justice they pretend to advance. From an economist I have worked with, there doesn't seem to be a lot of evidence for this. Should we focus our energies on those rights, or on other freedoms that actually make a change for the advancement of social justice?

Who is your target audience for this conference?

It is really broad: ambassadors, politicians, journalists and human rights professionals. We have an interest in provoking discussion within the movement. In this movement, ideas and practices are inseparable. You need to challenge ideas to change the practice.

Are there any personal stories that describe why you're doing this?

I've been lucky enough to grow up in a country where I could take most freedoms for granted. But of course, having gone to Cuba, for example, left a big impression on me. There I met with Yoani Sanchez to give her a piece of the Berlin Wall that I smuggled in. Oswaldo Payá also received me. He showed me the mint-green license plates of the secret police parked outside his house and how all his phones were wiretapped. That showed me that basic freedoms and the rule of law are the values that we need to promote. We need to expose the hypocrisy of states such as Cuba, China and North Korea when they try to hijack the language of human rights.

It is even more important now because the global balance of power is shifting from the West. Of course, the West has not been perfect, but they're the states that have had the best human rights record. We're seeing a shift to states such as China, which has absolutely no interest in civil and political rights, and countries like India, which has a much better record than China, but does not promote human rights as strongly as one could hope. We must safeguard human rights from these trends.

There's also a worrying trend of a culture of consensus in human rights bodies. Instead of taking a stand, democracies go along with resolutions that are not legally binding, knowing that they will be outvoted otherwise. These have no immediate effect, but they dilute their meaning and and they have a long-term detrimental effect on human rights.

And also, of course, we need to give support to those human rights defenders in those countries where they're at risk. Whether in Ukraine, Cuba or Belarus, human rights are the values that you need to overcome these kinds of authoritarianisms.

Freedom House just released its Freedom in The World report that shows how global freedom has been declining for the eighth consecutive year. That is deeply worrying and that calls for an increased focus in human rights. And that's what we seek to foster at the conference tomorrow and at the Freedom Rights Project.

How does one get involved in the Freedom Rights Project?

We're looking to expand and becoming a bigger organization. Something that we want to work in is strategic litigation: for freedom of consciousness, freedom of speech and freedom of religion. If you're someone who shares our agenda I invite you to write to me or to any of our founders. One of our missions is to work with anyone to spread our ideas and prompt change.

The conference will be held in "Fællessalen" located in the Danish Parliament Building (Christiansborg), from 09:00 to 17:00. You can find the full program here.