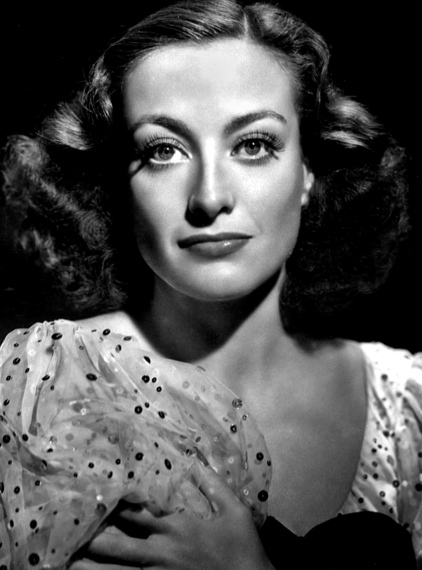 Considering I'd put my back out three weeks previously, had a bruised disc, compression of the nerves and had consumed a cocktail of Tramadol and Martini Rosso, this particular Grindr encounter had gone as well as could be expected. The problems started as we were pulling up our knickers.

"I like the pictures on you wall," muttered my "gentleman" caller, referring to the numerous images of Hollywood divas in Leyton's Museum of Camp.

"I know who some of them are," he continued, making my already mangled neck twinge with irritation as he wrongly confused the Garbo with the Dietrich. "But who is this?"

He'd picked up the silver framed photo and was examining it nonchalantly; the silver frame containing one of Hollywood's greatest stars: a woman at the height of her seductive powers, gazing challengingly at the camera; boozing, a fag on the go, looking as if she'd just ridden someone to death.

I arched my eyebrows and rasped deeply on my cigarette.

Turning the frame around, he plonked it dismissively back down on the table. "Never heard of her."

My back went into spasm.

Call me a stereotypical diva-loving gay, but it seemed incredible to me that another gay man -- regardless of age (and for discretion's sake let's leave that out here -- Tramadol lowers your defences), had no idea who Joan Crawford was.

But, perhaps, then again, why would he? Increasingly, "culture" -- let alone LGBT "culture" -- has been reduced to an endless array of manufactured pop 'stars' and reality TV wannabes who could fit everything interesting they have to say on the back of the thongs that barely post-pubescent producers demand they whip out at every conceivable opportunity -- all because it makes for good box office.

At the risk of being accused of sounding like a bitter, old queen (two weeks ago I was called "ageist", so feel free to ponder that one), we're fast losing all links with our LGBT heritage. Our culture has always been an oral one, passed down by older gay guys sharing their stories with the younger generation. The media -- and I include the gay media in this -- increasingly shun opportunities to showcase, let alone debate, anything more fascinating than what colour Miley Cyrus is going to paint her vagina as she twerks her way to social media saturation point. Facebook and Twitter, of course, are now the news platforms of choice in an age in which everyone's a 'writer', 'critic' or -- worse still -- 'personality', petulantly demanding immediate adoration.

The issue here is much wider than not knowing who Joan Crawford is; it's about being utterly ignorant about the influence such figures can have -- and caring even less. It's about living in a cultural vacuum which ignores the power that someone who actually had something important to say possessed and -- most crucially -- used judiciously, rather than vulgarly. It's the type of power that in enfranchising previous generations of gay men, was inherently political. Crawford and her ilk, in all their grit and fragility, stood for something meaningful, something which transcended words and broke down boundaries, just as it forged bonds -- a function that went way beyond the solely egocentric driven antics of Kim Kardashian sporting an oversized Elizabeth Taylor ring.

And it's here that the problem lies: the new cohort of gay "icons" are almost exclusively focused on the cult of the individual at the expense of any wider social ramifications. What sells wins and anything more challenging threatens the corporates' dominance, meaning that intelligent, risk taking artists are relegated to the status of embarrassing 'freaks'. Nowhere is this more evident than in the shifting geography of our cities, where the true creatives -- with a social conscience -- are being pushed ever further out from the cultural centre, which has always been the vital hub of fierce interaction.

The celebrities who truly deserve a place in the pantheon of gay diva worship are those who have a history of making bold statements in defence of LGBT people: men and women who have used genuine talent to provoke and engage with politics. And yet the way some gay men -- largely much younger gay men -- have come to treat these allies is appalling. One only has to look at the levels of misogyny and ageism directed at Madonna after her 2014 Grammy performance to see where gay men's priorities often really are. Madonna has her faults -- and I've discussed those myself -- but, over a long career, she has done much more than simply reflect the status quo. She has consistently confronted it, with similar levels of ingenuity as the classical Hollywood stars she has so often coveted.

Unlike the papier-mâché singers of the last decade Madonna actually has a body of work. But how do we respond? By ignoring her experience and all that signifies and concentrating on the lines on her face, while elevating some gyrating pop tart sucking lasciviously on a lollipop to iconic status. Never mind debating how much an older woman's body of work has been a catalyst for change -- oh no, it's far more compelling to take bets on how much Botox she's had.

In these tumultuous economic times the sad truth is that performers who think, and thereby encourage us to think, endanger the dollar, meaning that it's far safer to foster a celebratory attitude towards imbeciles who are fed on an endless diet of schadenfreude and 10-second fame. But the really tragic thing is that as long as we surrender to this malaise -- by tuning into vapid TV and aimlessly voting with our red buttons -- you could say that we just get the icons we deserve. Let's put it this way, If every boudoir in the land is littered with silver framed portraits of Kardashians in their skimpies in 10 years' time we've got a problem - and a problem that will send us all reaching for something a damn sight stronger than Tramadol.