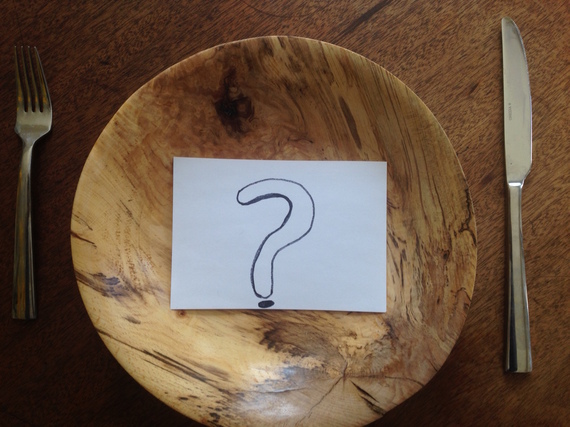 Because I write about the human relationship to nature and about what non-human animals think and feel, people often ask me what I eat. I am not strictly in any category. Food can be complicated but improving our relationship with food isn't so difficult. I try to be thoughtful about it. I eat very little meat.

I am not strictly vegetarian but there are a lot of things I don't want to eat and never buy. I never buy beef or pork, and essentially never buy any farmed animal meat or products. I don't mind eating oysters, though oysters are animals. Not all animals have equal capacity for suffering. Everything is on a sliding scale.

For me, how animals live is more important than whether they die because we all die, and in nature there is constant predation. In nature, if a predator kills an animal for food, that prey animal got to be who it was supposed to be until the moment it was killed. On modern animal farms, the animals seldom experience one moment of life as they might have. Only on farms, especially modern factory farms, are animals made to live miserably before they die. So I don't want anything to do with that. I have not bought farmed animal meat to cook at home since the early 1980s.

I don't want my consumer power (such as it is) to add any demand for something so damaging. I express that at the market by what I do and don't buy. However, if I am served meat at a friend's house and that is the main course, I usually just eat it, partly to avoid making the host feel bad. Increasingly, friends who invite me to dinner say things like, "I was thinking of making chicken but because you were coming I stuck with pasta." That's good. If I am at a party and there are things made with meat, I sometimes eat them, sometimes skip them.

But I never order pork or beef. A couple of times a year I might order lamb and maybe chicken. I never buy milk. Rarely I buy some cheese. I look for yogurt made with organic milk from grass-fed cows. I've started buying non-dairy yogurt. At home, beans, squash, Portobello mushrooms and lots of veggies often make for fine and filling fare.

At home we have several lavishly cared for chickens who wander freely all day and return to the coop at night. We eat their eggs. I still catch certain abundant kinds of fish to eat. Most people have no idea where their food comes from. I love that a fish that I catch, or something from my garden, sparks stories around my table. Occasionally I buy certain kinds of fish to cook, or sushi. I dig clams and catch crabs and sometimes buy lobster or farmed mussels or farmed oysters. I buy wild Alaska salmon because that fishery is the only economic force standing between the greatest surviving wild salmon population on Earth and a proposal for a giant copper mine that would permanently ruin those rivers for salmon, bears, eagles. I try to buy most of my vegetables from a local greengrocer who gets most of her produce from local farms, much of it organic. We are not perfect, but we try to be mindful.

And although a lot of things would be better if everyone was vegan, being vegan is not a free pass to perfection either. If I catch a fish, the fish got to be who they were supposed to be until I caught them, similar to any predatory event. And, mainly, I don't harm the ocean's capacity to produce another fish. But if I eat tofu, it comes from a soybean farm on land that used to be natural habitat for many plants and animals. Vast areas of Brazil, for instance, have recently been cleared to raise soybeans; land that once grew monkeys and macaws. I hear people claiming to avoid hamburgers because "the beef often comes from cutting down tropical forest." But the same is true for soybeans.