There are a few universal truths about tiny, baby humans. They cry. They poop a lot. They need a lot of love and attention (but not actually a whole lot else). They have delicious-smelling heads.

But there was one thing I got wrong about those little, love-and-attention-needing babies. I figured they were just undeveloped people-blobs -- cute and sweet and lovable, but new and needing to learn pretty much everything. Little blank slates who need parents to teach them all about being a person. When I thought about being a mother one day, I thought about the things I'd need to instill in my future children, the kinds of things I wanted to do and say and model so that they could be the kind of people I wanted them to be. Kind people, happy people, people who don't say mean things about others or grow up to be axe murderers. I wanted them to be open-minded, I wanted them to think critically, I wanted them to like reading and hugs and be kind to animals and be level-headed. I was going to teach my children to be easy-going, good people. As their mother, it would be my job.

But then something happened. I actually gave birth to two of them.

In fact, I gave birth to them long before I should have. My twins, Madeleine and Reid, were born 15 weeks premature, before I'd even entered my third trimester. Those impossibly tiny humans weren't even supposed to be out in the world yet, but the day I met them for the first time, before they could breathe on their own or even open their eyes, I realized how very wrong I'd been about what my job as their mother really was.

My two, tiny, not-ready-to-be-born yet blank slates were here, alive, out in the world (or, at least the hospital NICU), and it turned out that they weren't blank slates at all.

The truth is that they were already fully formed, just like every other little person who has ever been born. They were already who they are, and who they will forever be. They already had personalities, they already had preferences, they already had particular ways of viewing the world, even if they didn't really have a concept of what that meant yet. My daughter is feisty and hilarious and expressive and sunshine-y. My son is serious and sensitive and easily frustrated and incredibly loving and affectionate. My daughter is a scrappy underdog, chatty and opinionated, totally cheeky. My son takes his time, is never in a hurry, is incredibly physical and focused and loves to figure things out. They are so many things, so many DIFFERENT things. And I had absolutely nothing to do with any of them.

Don't get me wrong; it is still absolutely my job to teach them things. It's my job to show them how to wait, how to say please and thank you, how to apologize, how to keep trying, how to get back up again. It's my job to teach them to not be a jerk to the waiter who brought them their meal, to not judge others who are different from them, to stand up for what's right even if it'd be easier not to. There are many, many, countless things in this world that we need someone to show us, to model for us, and I'm sure there will be many things I'll forget to do (or that I can't do, or that won't even occur to me to do). And it is absolutely imperative that I try to keep them from being axe murderers.

It's a tall order, but it might not be that hard. It turns out that who I actually want them to be is who they already are. (Imagine that.) 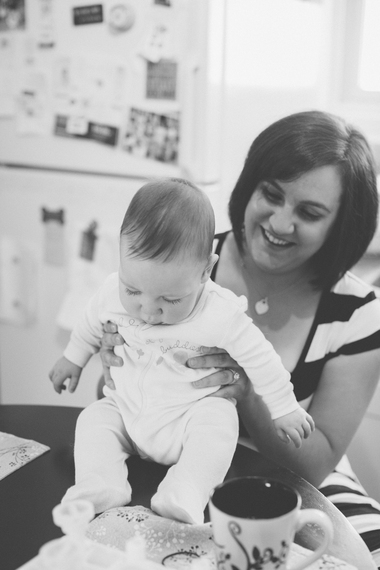