It's almost inconceivable when I say it out loud, but my daughter Schuyler is 13 years old. Thirteen actual human, Earth years. That baffles me. Babies aren't 13. And I can remember having a baby in the apartment. I remember the epic diapers.

I also vividly recall taking a 3-year-old little girl to a neurologist at Yale for an MRI, as part of the quest to discover why she wasn't talking. And that same 3-year-old playing at our feet a few weeks later, when we received answers to our questions that were far worse than what we had anticipated.

Almost 10 years have passed since Schuyler was diagnosed with a rare brain malformation called bilateral perisylvian polymicrogyria. PMG left her with some developmental delays, fine motor issues and occasional seizures. Polymicrogyria has also robbed Schuyler of most of her intelligible speech. It's been 10 years of coping with what I've always referred to as her monster. For the better part of a decade, we've been negotiating with this monster, not slaying it. We've struggled to give it a place at the table, and to find the little girl that Schuyler's monster allows her to be.

Through it all, I've stumbled -- badly, at times. I've worried about a future that I cannot see or predict. And I've struggled, with varying degrees of success, to manage my own emotional monsters while hoping that my beautiful daughter will be spared the same.

In the midst of all my fretting and errors, Schuyler has quietly persevered, and found her own successes. With time, I've finally started to see how she might make her way through a rough and beautiful world.

Certain kinds of guilt are useless, but you're going to feel that guilt anyway.
For the first few years after Schuyler's diagnosis, I felt the strangest guilt. Not for any mistakes I'd made (the worst of those were still ahead of me), but for the simple fact that it was most likely a genetic cocktail from my wife and myself that had created Schuyler's monster. I felt guilty about it then, and honestly? I still feel it today, albeit to a much lesser degree. Perhaps I've just made enough legitimate mistakes that I don't have as much time to worry about the things I can't help.

The most persistent battle you'll face is the fight to simply be taken seriously as a parent.
The majority of caregivers of special needs children are mothers, for many reasons. Some of those reasons come straight out of a cultural bias that is long out of date, but it persists and you'll face it. My advice is to be polite, but don't accept it. We are treated the way we allow ourselves to be treated.

Special needs parents are both warriors and negotiators; we can be brash samurai when boldness is necessary and stealthy ninjas when delicacy is required. Understanding the appropriate time for each role will make the special needs father's job that much easier.

You can't fix this, but that's OK.
There are persistent societal narratives where fathers are concerned, including the ever-present Homer Simpson "idiot father" archetype, but the hardest (unless you're actually an idiot father, of course) might be the narrative of the father as the Fixer. Of all the broken things in your life, this is one you can't fix. Making peace with that reality is the first real step you'll take.

The support you need will come from unexpected places.
Here's a dirty secret: your greatest advocates might not include your extended family. It's not that they're bad people, really. (That's for you to determine, probably at Thanksgiving dinner.) But taken as a group, family members are no more inclined to understand the kind of world that you and your kids live in, or how different that world is from theirs, than anyone else. They may come around one day, or they might never completely get it.

What you will likely learn is that for us, the term "family" can mean a great many things. The friends who get it are your family now. And that is a very, very good thing. Nurture those relationships. You can try with all you are to make the world understand your kid, but in the end, only some will. Hang onto those few with all your might.

When you have a teenager with a disability, you will still get to deal with all the awful teenaged Lord of the Flies-craziness. But it will be very different for your child, and you should be prepared for that.
The little girl I described in my memoir has disappeared entirely. She's been replaced by a gangly, leggy teenager. For the first time, I can see the young woman she's going to be. Schuyler's disability is largely invisible, and despite my genetic contributions to the contrary, she is growing into a beautiful young woman. She catches the eye of boys her age, which of course makes me a little crazy, but as they watch closely and hear her strange speech, they often withdraw their attention, which breaks my heart right in two. One day, there will be a boy or a girl who will see her for who she is, and it will turn out that she was exactly who they were looking for. I believe that, with all my heart.

Puberty is the bane of every teenager's existence, but for Schuyler, it brings extra confusion about her emotions and how they figure into a world that she already doesn't entirely understand. Perhaps more importantly, it brings seizures. Hormonal changes can wreak emotional havoc for kids with disabilities. As a father, you might not understand what's going on. The secret is that you don't need to understand. You only need to be ready for anything, and keep your love patient and as unconditional as you can.

You can't be too afraid of failing, because you're going to fail. Probably a lot. It's how you'll learn.
There's an important corollary to this point. You can't be afraid to let your kid fail, either. For the exact same reason.

When you're broken, your child will almost certainly know it. It's probably better to face that with him or her, with frankness and vulnerability, than to try to put on a happy front.
I might differ from some parents on this point. Not every special needs child is ready for vulnerable parents. I get that.

For my daughter, burying my own sadness when it visits me isn't just the wrong approach. It would be an exercise in futility. Schuyler is emotionally the most intuitive human being I have ever known. When I'm feeling sad or lost or disposable, she recognizes it immediately. If I tried to sugarcoat my emotions, she would know. And in the absence of honest dialogue, I wonder if she might conclude that she's the cause of my sadness. Which she never, ever is.

In the end, there are only two things that I can promise my daughter without fail. I can promise her love, and the truth. One of these is much, much easier to give her with any real consistency. But both are key to being the best father I can be to her. I'm not a great father, and I'm not even sure I'm a very good one. But if I can at least give her those two things, even when I fail at the others, I might be good enough. 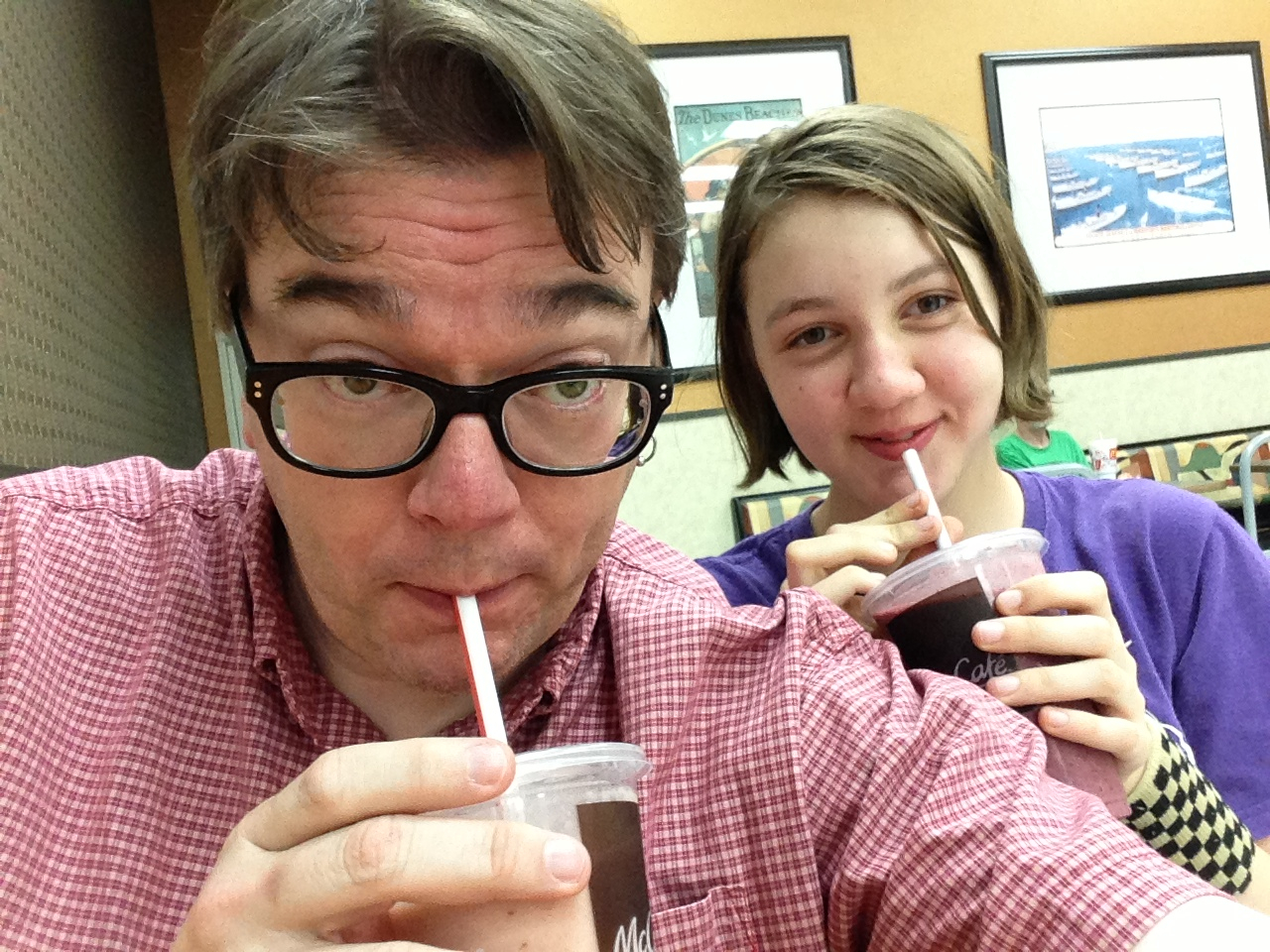 Great Quotes About Fatherhood
More:
special needs parentsfather's daychildren with disabilitiesparents-dadsParents
Newsletter Sign Up
Raise the kind of person you'd like to know
Subscribe to our parenting newsletter.
Successfully Subscribed!
Realness delivered to your inbox