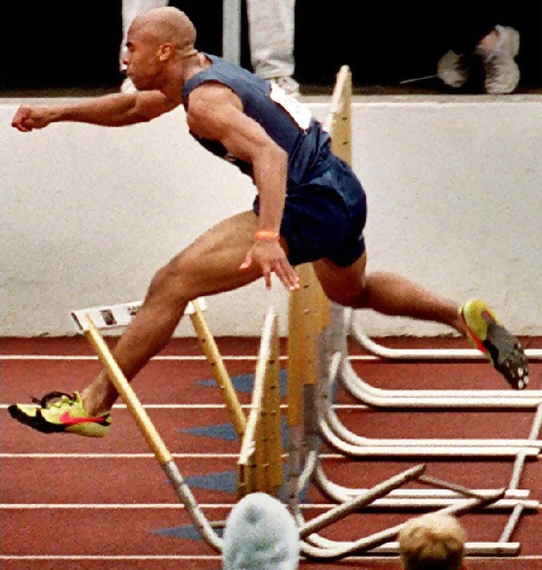 It is often believed that success begets success. But there is a reason that only 40 of every 1,000 businesses exist for longer than 10 years. Research overwhelmingly suggests that success and growth lead to a reduced need to innovate. Many think, "It has worked so well, so far - why would I need to change?" This sentiment is called complacency.

Complacency is particularly insidious because a vast majority of leaders who experience it don't know or believe that they are complacent. Complacency helps leaders and organizations blissfully ignore warning signs of oncoming danger and continue down the path of perpetual back-patting.

I came face-to-face with my own complacency on May 27, 2000 at the Washington State Track & Field Championships.

Coming into the semi-final race, I recorded the fastest time of the season in the 300 meter hurdles and was favored to win the championship. The 300 meter hurdles is a particularly grueling race because it's a nearly quarter of a mile long sprint...with three foot tall hurdles.

On your mark... Get set. The gun went off, and I got off to a quick start.

A little known fact about hurdle races is that to do well you must hit an exact, prescribed number of steps in between each hurdle to maintain your speed. Over the first, second, third and fourth hurdles, I did exactly that. After the first 200 meters or so, I could no longer hear any footsteps or breathing behind me and I knew I was far out ahead of the other seven runners. I was on the home stretch.

As I glided over the second to last hurdle I became supremely aware of the large crowd in the stadium and started to enjoy its tremendous roar. I knew that it would be an easy cruise over the final hurdle and that I would be one of the four runners to make it to the final. I had become complacent.

As the final hurdle rapidly approached, I noticed that my steps were off. I realized it too late. As I went up to clear the hurdle, my lead leg missed by about three inches. Sprinting north of 18 mph, those three tiny inches meant that I didn't just knock over hurdle; rather, the hurdle went over my foot and struck me hard on the shin.

At this point, there was not much that I could do. I hit the hurdle so hard that it flew off of the ground and slammed back down, with my leg somewhere tangled within. In its eventual mercy, the hurdle spat me out and I went rolling forward down my lane. I experienced what could only be described as an emotional cocktail of embarrassment and fear served over a sore shin and shoulder with a twist of bruised ego.

Dazed and flat on my stomach, I heard a familiar sound return to my ears: footsteps and breathing. I looked up to discover that I was only five meters from the finish line. I dug my right shoe into the rubberized track surface, scrambled on all fours and dove forward with everything that I had and managed to land on my stomach with my head and right arm across the finish line.

After much deliberation, the race officials determined that because my shoulder crossed the line, I did indeed finish the race...in third place. I was going to the finals.

I didn't know that I had something to learn, and I think that's why it hit me so hard - the lesson, that is, not the hurdle. No matter what the situation is, if there is an opportunity to achieve something special, I must not get complacent. Considering my track record (pun intended) of success throughout the season and even through the first 200 meters of the race, I genuinely believed that victory was inevitable.

Complacency is right up there with apathy and cynicism as the top killers of meaningful achievement. Complacency is the comfortable feeling of satisfaction with your personal or organizational accomplishments. The problem is that many times we feel complacent with the achievements of the past or potential achievements of the future. Either way, this feeling compels us to overlook what is right in front of us and bask in the warmth of our own ignorance.

I would love to say that I learned this life lesson and never made a similar mistake, but I would be lying to you. I'm not alone either. In coaching leaders from around the country, many have shared with me similar epiphanies about their own levels of complacency, both in their personal lives and in business. They ignore the warning signs of cultural erosion, they miss opportunities for innovation, they keep toxic employees on the team.

How about you? Do you have any unfinished projects around your house? Have you committed to losing weight in some creative way, but the only real creativity is making excuses NOT to work out? Is your team falling short of optimal performance? Ask yourself: Why? For me, it boils down to being complacent and not feeling any sense of true urgency.

As I was coasting down the final stretch of my semifinal race, I assumed that everything was 'fine' and allowed myself to get distracted; complacent. I nearly lost my opportunity to accomplish something that I had spent years of hard work to achieve. Hell, I nearly broke my leg.

This story does have a happy ending. Ultimately in the finals, I fully committed to going all-out, I did not allow complacency to distract me, and ended up winning the championship. In the process, I actually recorded the 8th fastest time in the history of the state, significantly trouncing my idea of what was possible.

Every day of our lives we have hurdles. Many of them we take in stride and don't break a sweat. Reports need to be completed, kids need our attention, rush hour traffic needs to be tolerated. In fact, most of the time we are experts at being successful in the extremely complex lives that we've created. However, when a hurdle stands in our path and we lose sight of our desired outcomes, we risk losing that which is most important to us. Let me assure you - letting up and losing focus is not worth it. Whatever the distraction is - TV, food, Facebook, last quarter's numbers, the roar of a crowd - we cannot afford to miss out on achieving something great. Our productive years only provide us so many opportunities to be great bosses, parents, friends, spouses, children - humans.

I was lucky enough to have a second chance at my goal, but will always remember how close I came to trading it in for a temporary, meaningless distraction. What would your life look like if you no longer let complacency stand in your way? What greatness is escaping you right now?

"That's Not How We Do It Here!" - Does that phrase sound familiar? It's the battle cry of complacency and the title of Dr. John Kotter's newest leadership fable. If you've ever heard (or said) that phrase, you will get a lot out this book. Pre-order copies for you and your team now and get additional exclusive content.