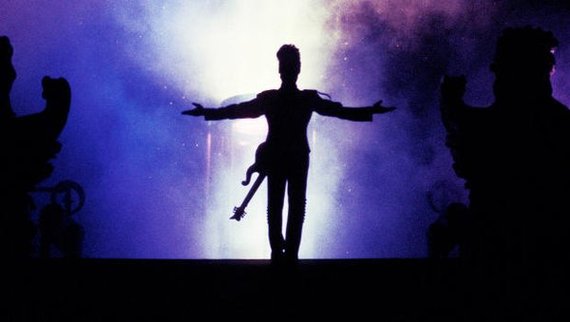 The cherry wood is likely a faux finish. It didn't matter. This was the minuet piano I grew up playing, taking lessons from Mrs. Myrtle Muench from the time I was four and my feet didn't hit the pedals, to when I graduated from high school.

I walked to her apartment every week for almost 15 years, some 750 one-half hour lessons, money in hand to pay for the class, and a lesson book under my arm. Some weeks, I had practiced; some I had not, and both situations were clear to her the moment we started, like she was all-knowing, a seer.

We began our journey together with big notes and progressively they got smaller until they looked like tiny armies of hurried ants covering the page, my left hand -- as always -- dragging behind just a bit behind my right, even though I am left-handed.

In my living room, amidst the fancy furniture that no one sat on unless it was the preacher or someone had died, sat the piano with its shiny red wood finish. As I got older, I moved from those single easy books to an entire encyclopedic set of classical music that Mrs. Muench somehow got my parents to buy for me; no doubt it was far too expensive for them, but they did it anyway. And I made my way through, learning Mussorgsky's "Pictures from an Exhibition" and beyond.

John made sure I had that piano with me when I lived in D.C., taking charge of getting it moved from North Carolina to our house there. But with my travel schedule, I just didn't play much, and it went out of tune. And years have passed since then, new jobs, children, and life in general have kept me from sitting down on that bench to play.

But this spring, our youngest child expressed interest in learning to play the piano, so we called a tuner.

Shortly into the tuning process, he turned and made the announcement: "This piano cannot be properly tuned; it can only be tuned to itself."

"I can't bring it up to pitch," he explained. "But it can be tuned to itself."

The metaphors started exploding in my mind, like so many fireworks.

To bring it up to pitch would mean a lot of broken strings, and at this age and the fact that it wasn't an expensive piano to begin with -- though all through my childhood, I had explored it like the most precious of rarities -- it would cost far more than what the piano was worth to restring it. "Best to buy a new piano," he said.

I heard only one thing: "This piano can only be tuned to itself."

There is no objective correlative for this piano. It can only be tuned to itself. Its middle "C" is not related to what middle C-ness is, but to itself.

I allowed my imagination to take this image and run with it: How many people do I know like this? Felix, for one, my transgender son with Asperger's. Not tuned to middle C, but only to himself.

And I think this is why when an artist like Prince dies, we mourn so deeply. Because Prince was tuned only to himself. He didn't care about Middle C, and never tried to tune to it; tuned to himself, he was magnificent.

He gave us permission, too, to tune to ourselves.

More:
GPS For The SoulprinceMusicpiano
Newsletter Sign Up
An essential daily guide to achieving the good life
Subscribe to our lifestyle email.
Successfully Subscribed!
Realness delivered to your inbox