Recently, I participated in a Future of Work salon where each of us was asked to relate a seminal event in our lives. I talked about my experience as a child, playing with Albert Einstein, a friend of my family. 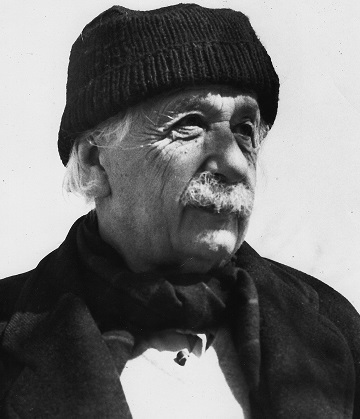 Growing up in Princeton, New Jersey, I was allowed to walk up to the end of our short dead-end street and through my grandparents' backyard to knock on the door of Albert Einstein's house. When I arrived at Einstein's door, he welcomed me in. As a kid, I loved doing math problems in my head and Einstein invited me to do puzzles with him, which I really enjoyed.

While I enjoyed the puzzles, what was even more special about this experience was the atmosphere Einstein created. We often tried approaches that didn't work out, but that was fine with Einstein. He encouraged experimentation and wasn't critical of wrong turns. In fact, he didn't consider any of the paths we tried to be wrong. That was a major difference between my experience with Einstein and my experience with many other adults. There were no right or wrong answers, there were just experiments, with curiosity leading the way, and that was the way I learned at Einstein's house.

I had no idea Einstein was famous. I was taught to call adults, who were family friends, "Uncle" or "Aunt," whether or not they were relatives. Referring to adults by their first names was out of the question. Adding "Uncle" or "Aunt" to their first names was considered to be a more respectful way to address adults who were friends of our family, than using "Mr., Mrs., or Dr." with their last names. To me, the person I did puzzles with was "Uncle Al." Sometime later after Einstein had died, I found out who "Uncle Al" really was, and I asked my dad why he didn't tell me. My dad responded that Einstein wouldn't have wanted me to act any differently from the way I had acted. I was appropriately respectful of the nice man, who was the most patient person I had ever spent time with, but I didn't bow down in front of this very famous scientist. Sometime later, I found a quote of Einstein's that "everyone should be respected as an individual, but no one idolized." That definitely applied to the way he expected to be treated and the way he treated others.

In addition to his encouragement and acceptance, Einstein created a light, playful atmosphere, fueling my engagement and resulting in what I would later come to recognize as a state of flow, as defined by Mihaly Csíkszentmihályi. In this state of flow, I experienced a particular kind of focus, that was light and came about naturally, and that I could sustain for a long time. With that light focus, I wound up feeling energized, which is very different from the kind of focus that I refer to as a "full frontal assault" when I'm trying to solve a difficult problem and am focusing with laser beam attention. This kind of narrow focus requires lots of energy and is very draining, which makes it difficult to come up with creative solutions to problems.

Leading and participating in highly collaborative organizational cultures, I've once again experienced that same spirit of engagement, curiosity, and creative focus. These high-performing organizational cultures encourage experimentation, collaboration, and creativity in an open, accepting environment. This leads to an increase in innovation and engagement, both of which are desperately needed to solve the challenging and pressing problems that organizations face today.

Dr. Benay Dara-Abrams is the Lead Link and Co-Founder for Great Work Cultures, a certified ScrumMaster, creating high-performing agile teams, and a leader in the design and implementation of collaborative technologies and processes.