My mother rarely takes the spotlight. She's flustered by the attention of large groups, and she's terrified of becoming the subject of photographs. Perhaps because her personality has always been so meek in comparison with the loud, belly laughing, singing and dancing, professorial entrepreneur she married, she often seems to fade into the background when I talk about "my parents." But my mother is a fascinating, insightful, remarkable human being. Once when I was talking to my father about religion, a topic he is happy to investigate and discuss with pretty much anybody, he compared my mother to a Zen Master. In that moment my entire awareness of her changed, and I began to see her as something much more than the woman who experimented with vegetarian jambalaya before such a phrase had been uttered in the niche restaurants of San Francisco. I began to see her as more than the "weird mom" at PTO meetings, or my father's patient apologist when he pulled over on the side of the freeway to make us smell cow manure. I began to see her strength for what it was. And how it has shaped who I am, as well.

1. Never change who you are for another person. 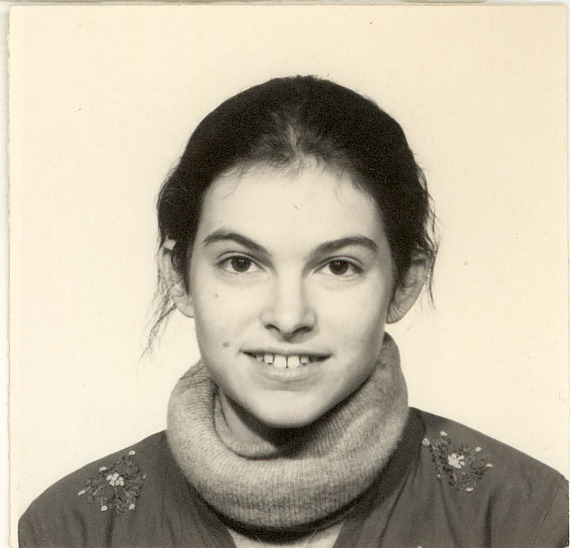 When my mom was a kid, she wanted to be an astronaut. She still wants to be an astronaut, truth be told, but when she was a kid she wrote to NASA and asked how she could get into the program. They wrote her back, kindly, and explained that she should study science and learn to fly an airplane. They also said that it was a moot point, because she was a girl and girls didn't grow up to be astronauts. My mother didn't listen to this last part; instead she focused on the subjects NASA recommended. As it turns out, she didn't become an astronaut. But she also never let something as trivial as being a girl keep her from doing what she believed in. And although it took her 30 years, she did get that pilot's license.

2. Being yourself is its own strength with its own rewards. 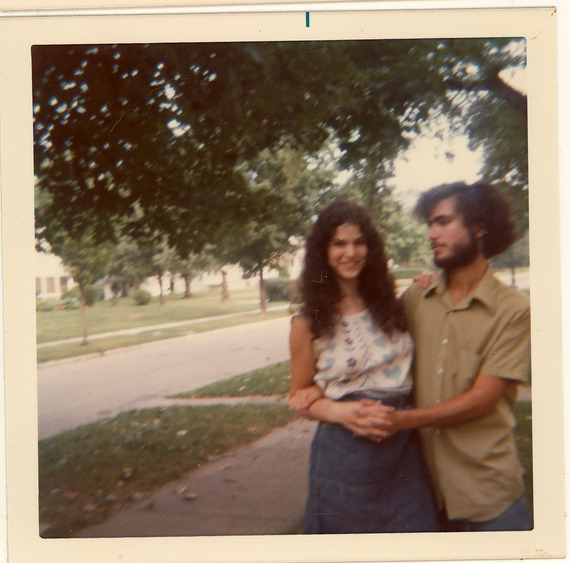 My mom is eccentric, but when she was a kid that was called "weird." Rather than abandoning her love of Doctor Who in a world obsessed with David Cassidy, she proudly wore the mantle of outsider-ness. She went so far as to convince her entire middle school that she was actually an alien from outer space. She was a vegetarian in a town that considered lard a vegetable. And when she was 15, she met another vegetarian kid who had convinced his school he was an alien from outer space. They're still married and just as strange. 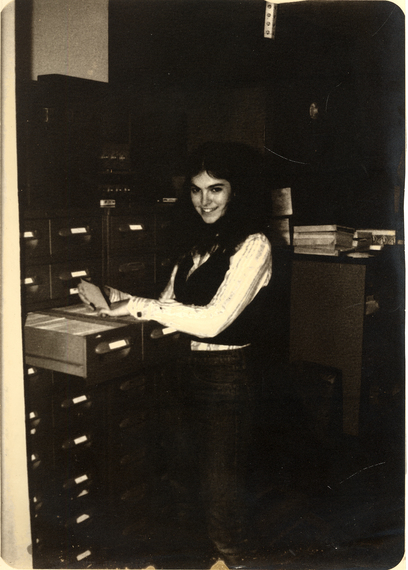 My mother didn't get a college degree until she was in her 40s, and she nearly always worked. When I was young, I often found her jobs humiliating. I thought of them as beneath her, brilliant and talented as she was. I thought: My mother should be running a restaurant, or organizing non-profits that clean up the planet, or selling her remarkable paintings. Instead she was part of a secretarial pool, or bagging groceries at the local drug store. But the thing I found most baffling of all was how much she enjoyed these jobs, menial and repetitive as I thought they were. Being raised in a middle class environment, the unspoken rule was that the only jobs worth having took college degrees and involved offices filled with family photos and coffee table books. But my mother worked her jobs whether or not we needed the money, because keeping busy keeps you happy, and because they let her talk to different people, one on one. I learned to set aside my idiotic, privileged pride, and work for the sake of working. 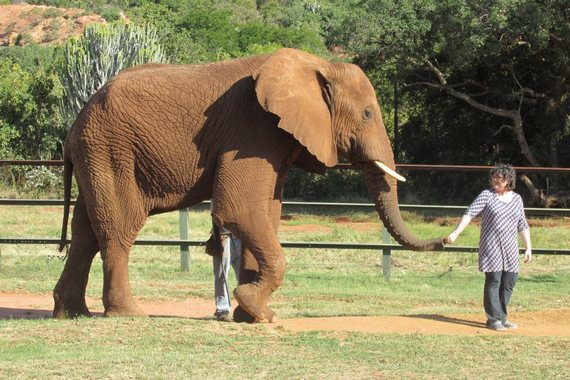 My mother's hobbies have always been a priority for her. Amateur geology, astronomy, herpetology, experimental cooking, organic gardening -- she found a way to work them into her daily life. For a few winters, she kept an enormous storage bin of worms in the basement, to compost soil for the summer. I remember hearing my father's screams from down the block when he accidentally discovered them while searching for his doctoral cap and gown. Our home had enormous terrariums of anoles, tortoises, and water dragons, which led to the ever-present threat of finding a stray cricket in your shoes in the morning. The decorations in our living room were an assortment of fossils and geodes she'd collected on rock hunting expeditions. Doing what you love isn't always about a career. It's about making the time in your life for the things that bring you joy. 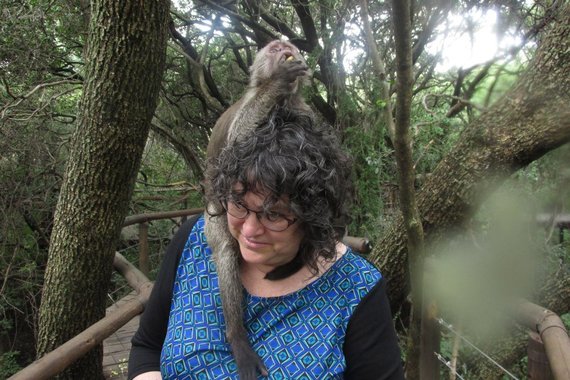 My mom wasn't a big believer in refined sugar. We didn't often have candy or cookies in the house. And when Halloween came, she hesitated to hand out junk to growing kids. So instead, she stocked baskets full of other treats -- one-dollar paperback versions of Dracula, Frankenstein, and The Devil's Dictionary by Ambrose Bierce. She handed out sticker books of scary monsters, or temporary jack-o-lantern tattoos. No kid turned their nose up at her treats, and often they'd loop the block to come back for more. My mother never complained, instead suggesting additional reads, or recommending trips to the library. Despite the lack of candy, she was one of the most popular stops in the neighborhood.

6. Open your heart and open your home. 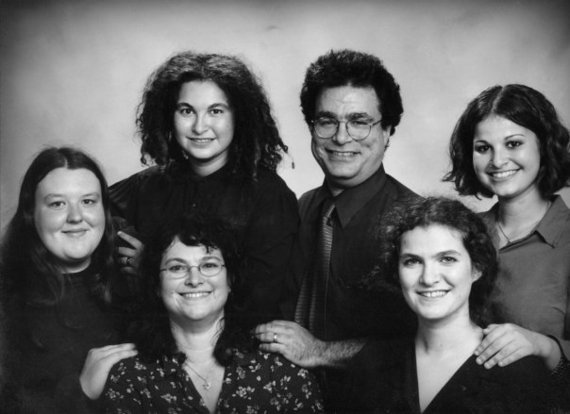 My mother took in strays. Whenever my sisters and I showed up with another hamster, or stray kitten, or lost duckling, my mother shrugged her shoulders and asked what we would name it. This attitude wasn't limited to animals, either. By the time we hit high school, our home had become a bit of a halfway house for wayward teens. If a friend was having a hard time at home, or had been kicked out (usually for being gay), my mother set another place at the table and pulled out another pillow and blanket. Yes, this meant my parents had their house robbed on many occasions. But that never stopped my mom from opening the door and welcoming them in. My mother knew that what she was offering was more valuable than anything they might steal -- kindness, acceptance, and the embrace of a family.

7. Never give up on your dreams. 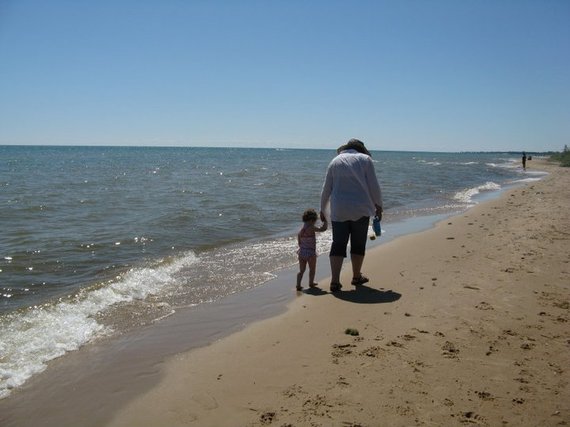 It took my mom more than 30 years to get that pilot's license, but she got it, and now she's probably secretly saving up for a trip in the vomit comet to visit outer space, if only for a few minutes. It took her nearly as long to finish her associate's degree, but she got that, too. My mother has taught me there is no time limit on goals. If you decide you want to do something when you're 5 or 15 or 25, you have an entire life in which to strive to do it. Adventures don't just appear the minute you decide to have them; you work toward them and never forget. And then, when they come for you, you're ready.

My mother has taught me that I can slow down and enjoy the journey. I don't have to rush to a finish line, because there is no finish line. There is only what you do along the way, and how much time you take to enjoy the scenery.

When people tell me I remind them of my mother, I'm proud. But I also know I'm not there yet. I'm not the Zen Master.

I'm confident I'll get there in time.

US Presidential Election 2020
Breaking news, analysis and the latest polls on the presidential race from HuffPost’s politics team
See More
Voting Made Easy
Register to vote and apply for an absentee ballot today
Register now
More:
MotherhoodParentsMother's Day 2014Mother's DayLessons From Mom
Newsletter Sign Up
Raise the kind of person you'd like to know
Subscribe to our parenting newsletter.
Successfully Subscribed!
Realness delivered to your inbox