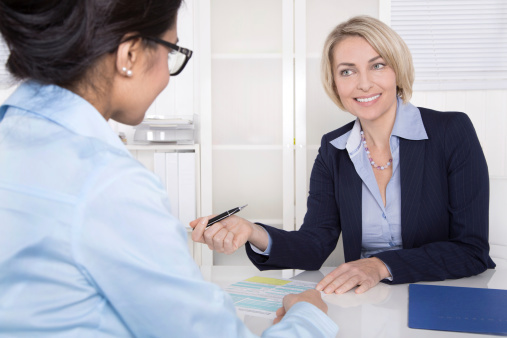 Just after the start of the New Year, I was sitting in Derry, New Hampshire in a Town Meeting with Hillary Clinton. Regardless of political view, this event was professionally managed by one of the most skilled teams in the country. What lessons could be learned from them? I pondered this as I sat on a steel folding chair in a middle school gymnasium, waiting for Hillary to appear. The energy in the room grew as seats filled then spilled over as rows of people formed behind me. On a platform at the back of the room, a flock of news cameras emerged from duffle bags and were perched on top of tripods taller than me. On the surface of it, the hoopla of this event seemed far from the average corporate meeting.

Can Politicians and Business Mix?

I wondered, was there anything here that could be relevant to business leaders? In the middle of the room, Hillary was winding down her speech. Applause echoed through the room then finally died down. As soon as the questions began rolling in from the audience, I knew I had my answer. At the heart of it, both politicians and business leaders serve customers. The customer service role was starkly clear. A middle-aged woman with waist-length hair asked Hillary's opinion on climate control. A twenty-something man in the front asked about paying educational debt on a teacher's salary. A middle-school aged girl in a striped tee-shirt asked what Hillary could do to help her family since her mother had overdosed resulting in this little girl being placed in foster care. The whole room paused in silence.

Politicians have the brutally hard job of having everyone as their customer (forget market segmentation) and making decisions that can have immense impact on their customers lives, as these diverse questions and concerns show. One could argue that business leaders have it much easier being able to focus, for example, on women who are fitness fans aged 20 to 40 years. Or teenage boys who love games and science fiction.

Do You Really Listen or Do You Fake It?

No matter who your customer is (everyone in the country or some specific subgroup), you can't succeed as a leader or remain profitable without listening to them in person and in detail. Filtered information may be just that: filtered. It may leave out emotional undertones, key nuances of likes, worries and needs. Besides that, it's not enough just to listen. Watching a highly experienced politician interacting and responding to her customers, I could see that what really matters is that a leader actively listen. In other words, listen with an intent to empathize and take action.

No one wants to share their feelings and concerns and receive a nod and smile, as the leader moves on, dismissing them and their concerns. Fake listening leads to loss of respect and anger. If you ask, you need to follow through. Take action to resolve concerns or clearly explain (with a reasonable rationale) why you are not following through. Answers like, "It's too expensive." Or, "We don't have time." are not going to cut it. The customers will tell you that themselves if you listen.

In fact, at this event, one woman asked Hillary what she was going to do to continue listening to and showing supporters that she still heard and valued them after the election. At this event, Hillary promised her team would follow up with the little girl whose mother had overdosed. And they did. Right after the event ended, her team stood next to the girl with their clipboards, getting the necessary information.

If you want to have a world class brand and a brand with avid followers, there are no shortcuts. It takes authenticity, active listening, and follow through. Customers want to know they have been heard and that their chosen brand values them. Companies exist to support customers, not to support products or services. The New Year is a fabulous time to set a goal to listen and support your customers!

Candice M Hughes, PhD, MBA, consults for pharmaceutical/biotech firms via Hughes BioPharma Advisers and is a serial entrepreneur who founded AdapTac Games. She is author of the Small Business Rocket Fuel series. Follow her on Twitter @CandiceMHughes.