I live in Santa Monica, California, and my block is changing. They're knocking down all the small houses and building ones that are far too big for the lots. Houses that shout "for god's sake please notice that I'm finally a success."

I know what hedonism's about and I'm not immune to the idea that acquiring more and more stuff is somehow going to make me a happier person. But consumerism, no matter how pervasively it's purveyed in our culture, no matter how many times we try it, is at its root, based on the false premise that things make us happy. They do not, they cannot. Relationships do.

Professor and author Barbara L. Fredrickson is the director of the Positive Emotions and Psychophysiology Laboratory at the University of North Carolina at Chapel Hill and is known for her pioneering research on the long-lasting emotional benefits of human interconnection. She writes about an interesting behavioral quirk called "hedonic adaption." Simply put, this means that people who win the lottery, for example, find that after a short while, they're no happier than they were before they struck it rich. That's because they've "adapted" to the change. As you might already have come to believe, our close relationships are in a sort of special moral category. It was surprising then, to learn that they are also in a special neurological category. According to Professor Fredrickson, our relationships with the people we love are not subject to hedonic adaptation. We continually derive positive emotions from them. We don't simply "adapt" to the deep bonds we have with people as we do with a new car or first class plane tickets.

Last week I found myself at 11,000 feet on a mountain in a fluorescent-lit conference room in Breckenridge Colorado. There were 20 tables fanned out into a U. Seated at each table was a wounded soldier, his wife and at most tables, some teenage kids. My job was to get them to open up and communicate. I knew going in that every family member is suffering from PTSD, not just the soldiers themselves. Before I began my workshop, one of the psychologists on staff took me aside and said, "Peter this is a tough year. The guys are really shut down. Many of them have severe anger issues and most are highly medicated." "Thanks for the intel," I said. Then, nervous as hell, I walked out into the conference room. "I suppose you're wondering what a balding Jew from Santa Monica is doing here with his guitar." The room, dead silent. 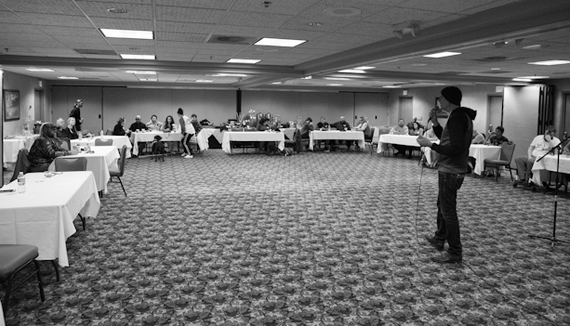 Not knowing what else to say, I started talking about my father. "My dad was a Marine, a guy who stood up for the rights of the victim, the innocent. I'm ashamed to tell you that I've never even been in an honest to goodness fistfight, but he sure had. Like you guys, he didn't hesitate to kick some ass when the rights of the weak were being trampled. He didn't just talk, he acted, and that's why he was so loved by me and everyone else." Then, I asked the group if any of them had any experience giving a blessing. No one made a sound. I turned and saw a woman in a purple down vest. Her name was Natalie. Her husband, who was sitting next to her, had a good part of his forehead missing, he'd been shot by a sniper in Iraq in 2005. "Here's what a blessing sounds like," I said.

"Natalie, I bless you with the ability to one day, transcend what seems like an impossible situation. I bless you with a joltingly positive outcome where all that seems dark suddenly becomes light. I bless you and your family with health and happiness and the knowledge that the love you have for one another is more real and more powerful than any pain." I looked up. Natalie and her husband were both crying. So was I. 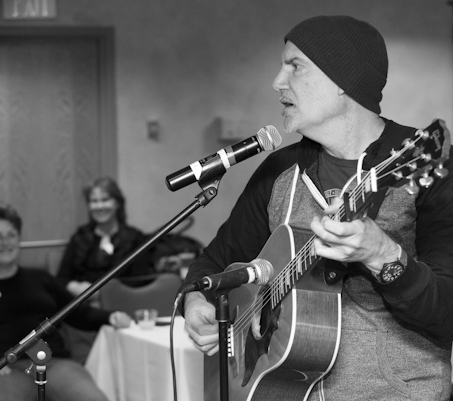 Soon all the soldiers were writing notes to their wives and kids and in turn, they began writing to the men, each of them extending the tender words that by all accounts have been missing in their homes for weeks, months, and in some cases, even years. In spite of the anger and the medication and the pain, the emotion was getting though. What brings on those kinds of tears isn't sadness as much as it is the revelation of something deeper. It's a revelation of the simple truth that the strength of a loving relationship is the path to joy.

I can't say that anything changed for anyone in a practical sense up on that mountain, but for me, having a glimpse of the pure love between people, perhaps especially, people in desperate pain, was far more powerful than anything money can buy.