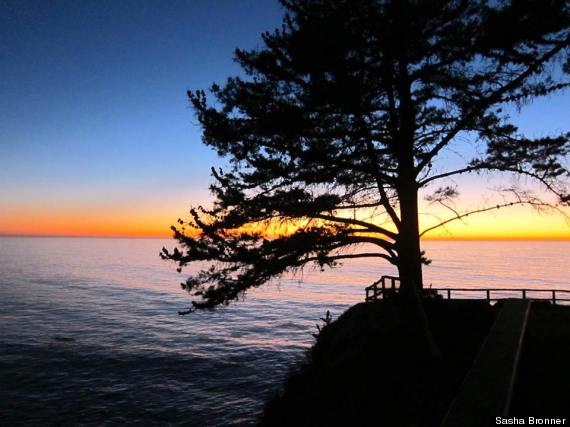 Part I: My Fear Of Going Completely Batshit Crazy

The hardest part of living with an undiagnosed and often difficult to manage immune disorder is the war it has waged between my mind and my body.

What started as a small rash of hives at age 22 slowly blossomed into a dark and prickly garden of endless referrals, specialists, misdiagnoses, pills, needles, IVs, full-body scans and more questions than answers.

Six years of feeling like my body had turned against me created a separation within myself that is hard to pinpoint. It's sort of like having a dollhouse inside your body and closing off three rooms because there are bad things inside of them.

I got used to walking around that house, but it was unsettling to see the rooms sealed off -- knowing that at any moment, or on any morning, those doors could be blown wide open and I would wake up with welts all over my body or crippling shooting pain in my knees or such deep exhaustion that I sometimes couldn't get out of bed.

The list of doctors in my phone grew steadily, as did my list of prescription drugs. Popping cocktails of bright, multi-colored tablets became routine as I tried eliminating everything from gluten to caffeine, sugar, dairy and alcohol. I carried my disorder with me through three jobs, three apartments and three relationships.

The side effects of the medications were vast and deep. Depression and a constant, free-floating sense of unease cloaked my clothing during the day and pushed up against me at night when I slept. It ran down my legs and into the drain like soap when I showered. Trying to determine what drug was causing what reaction or what circumstance was causing what emotion became an endless maze -- a nauseating brain teaser that I longed to quit but also needed to solve.

Consequently, maintaining sanity was my biggest concern going into a five-day silent meditation retreat at the Esalen Institute in Big Sur, California. It was the end of 2013 and I found myself exhausted, burnt out and looking for peace. Having never meditated before (I don't count the hour-long class while studying abroad in England at age 21 where I instantly fell asleep to the sound of a train passing by), I worried about what repeated meditation and prolonged silence would stir up within my psyche.

A month before going, I told an ex that I was most scared of my own intensity, and he told me that that was exactly why I should go. 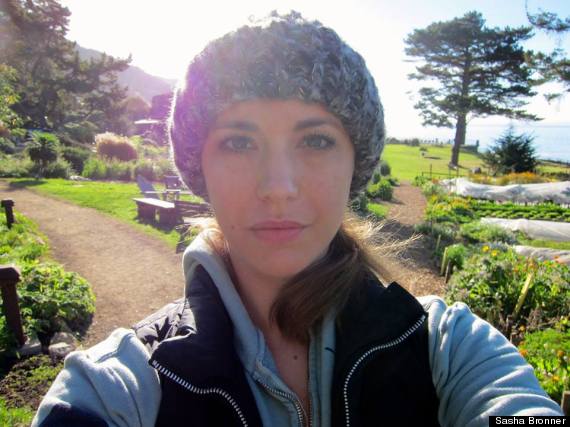 Revealing to people that I was going to be silent for five days inspired all sorts of responses. They were even more baffled when I clarified that I would do so alone, over New Year's Eve and my birthday.

The decision to go came almost out of a fever dream. I don't remember when the idea came to me and I don't remember deciding to do it. It's like I always meant to go, forgot about it and then suddenly remembered. A minor case of curable amnesia.

Even after calling Esalen and being placed on a waitlist because the retreat was full, I didn't bat an eye. I saw a missed call from a Monterey area code the very next day and listened, with glee, to a voicemail saying that I was in. I always knew I was going. I am pretty certain I don't believe in god and my relationship with spirituality is one I would characterize as celibate, but the magnetic force pulling me to Esalen is one I can only describe as calm and real.

The Esalen Institute is a beautiful place tucked deep into the jagged cliffs off Highway One in Big Sur. The constant sound of waves crashing was the soundtrack to the five days I spent there.

I had no phone, no music and no books. My meditation class met for two-hour blocks, three times a day. I napped outside in the breeze in the afternoons and ate meals alone, bundled in a puffy jacket and beanie, staring out at the grays, blues and shimmering shapes in the ocean. I soaked in the fragrant hot springs at night, floating weightless, naked, staring up at the blackest sky with the brightest stars.

I sat and watched small tiny lights curve around the bend of Highway One periodically, night travelers passing through, their headlights flashing like Morse code and then vanishing as quickly as they came.

Our meditation teacher explained the mind's tendency to wander and said that pulling it back is just like flexing a muscle; the equivalent of doing a bicep curl for a body builder. He encouraged us to focus and refocus on the in and out of our breathing, and sometimes I would keep count of my breaths just to stay awake.

Other times I would drift into a trance that I could feel in my bones as both heavy and light -- like I was being pushed into the ground from my sternum and lifted up at the same time -- until he rang a little bell and signaled our return to reality. I felt deeply isolated and also deeply happy. 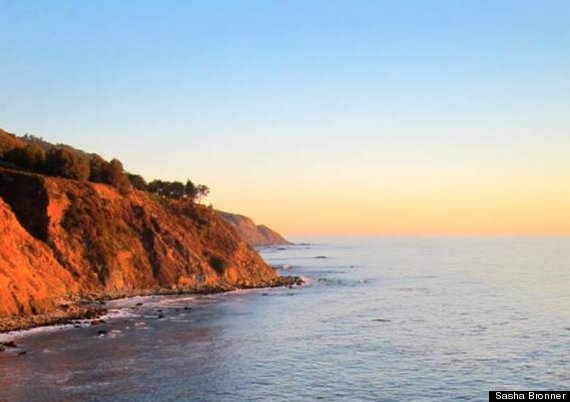 That's not to say I didn't struggle. In morning meditation, I fell asleep often and then would silently scold myself for not being better. In walking meditation, I cursed my teacher for moving too slowly. In sunset meditation, I started seeing bright, flashing neon shapes pulsating out of the sun and peered around at others to see if I was the only one imagining things. I had such a persistent headache that I had to slip a note to a classmate pleading for Advil.

I didn't have a big "ah-ha!" moment that I can use as the headline for this essay. I didn't have a breakdown and I didn't deflate with loneliness on New Year's Eve or on my 29th birthday, even though I was absolutely alone.

I commemorated the changing of the New Year by laying on my back in the darkness at the edge of the pool, drawing imaginary lines between the stars in the sky and counting the seconds between waves crashing. My alarm chimed quietly, as if not to disturb me, at midnight. It was 2014. I didn't miss the parties or the candles or the shouting and the hollering. I fell in love with every moment of quiet that I found in Big Sur.

Quiet didn't come as the result of a dramatic breakthrough like I expected it to. It just was.

I didn't feel any of the despair, anxiety, rage or sadness that have colored my twenties as I dipped in and out of good health. Being quiet didn't aggravate any of the emotions swirling within me. It actually quieted them down. The act of exaggerated silence filled me with the purest sense of calm I have ever felt.

The retreat only lasted five days, and I'm no longer silent. But I am quieter. I still take pills in the morning and at night, but I'm taking less and less of them. The medical bracelet on my wrist feels less permanent and more temporary. Talking and laughing and reading and music still make me feel alive. But so does silence.

It can feel scary and it can feel dark for a few moments when I try to fall asleep at night, thinking about all of the unknowns at age 29, and 39 and 49. So I turn on a noise machine and fall asleep to the sound of crashing waves, and I imagine floating weightless, staring up at the brightest stars in that infinite black sky.