The purpose of this article is to invoke common sense to those who cherish chaos and like to aggravate it further, rather than restore the society to normalcy. It is for those who are anxious to turn their frustrations into blaming anything in sight for kicks including Obama and Muslims.

This piece explores the effects of our thoughts, conversations and actions on the society. Do we want to build a cohesive America where no American has to live in apprehension, discomfort or fear of fellow Americans? 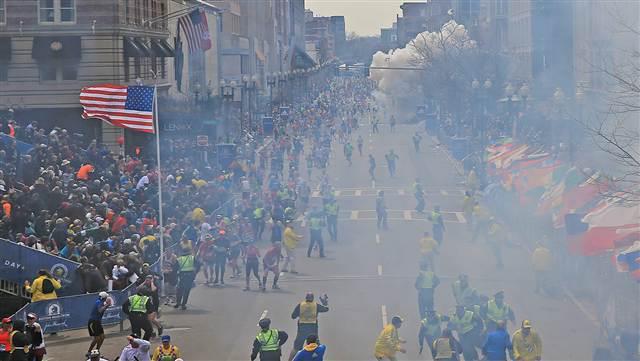 What if a Texan from Dallas is the one who set the bombs? Should the Bostonians blame Mayor Mike Rawlings of Dallas, and Governor Perry for this disgusting act? Should Governor Deval Patrick decide to bomb Dallas into oblivion?

What if the nut is a Catholic or a Baptist? Would you suggest going after his Father and Pope Francis, or his Pastor and Rev. Fred Luter, President of Southern Baptist Convention, respectively?

Consider another scenario: If a single woman wants to move from Seattle to New York or Dallas, and asks your recommendation. Based on statistics, would you say: "Don't go to New York, they are murderers. In 2010 they murdered 866 people, and sure don't go there, they are rapists, they raped 2, 771 women."

If you are a New Yorker, what would be your response?

If he were to advice against Dallas, my city, I will say baloney; get your head out of the sand. I have been living here for more than 30 years. Rape and murder are shameful facts of life, but thousands whom I've known for a long time, go to work and come back to the safety of their homes every day.

What if the nut case is a Muslim?

Just as the New Yorkers and Texans would feel outraged, Muslims ought to feel the same. Should New Yorkers apologize to this woman from Seattle for the rapes and murders in their state? Should Texans do the same? Should a Muslim apologize for the acts he did not commit?

Sean Hannity was outraged about an article about White Privilege, which Tim Wise wrote in Timwise.org: "It is a lesson about race, about whiteness, and specifically, about white privilege. White privilege knows that even if the bomber turns out to be white, no one will call for whites to be profiled as terrorists as a result, subjected to special screening, or threatened with deportation." He lists about 50 terrorists from Tim McVeigh to Floyd Raymond Looker. We call them loonies instead, but don't use the same yard stick if it were a Muslim.

Blaming the individual murderers and rapists and punishing them is the right thing to do, instead of bombing whole of Texas into oblivion. Restoring trust in the society is the key to successful civil societies and it comes through justice. If I commit a murder, haul my heinie to the jail and not my folks, my mayor, imam, religion or my ethnicity, which is stupid.

Justice will be done when you blame the individual and punish him per the law of the land, but blaming intangibles like his community and religions does not serve justice, but aggravates the cohesiveness and hurt everyone in the process.

If the Boston terrorist turns out to be a Muslim, haul him off. His religion has nothing to do with his criminal act. No Muslim needs to apologize for the acts of a bad guy either; it would be as if every one of the 8,336,697 New Yorkers would be apologizing to the woman from Seattle for the murders and rapes by fellow New Yorkers.

We have the state to take care of the criminals, and as patriotic Americans, we don't need to tear our nation apart -- that is what the extremists want.

Please God, don't let it be a Muslim that's responsible. I make that prayer because of the fear I feel for innocent Muslims who might suffer from an anti-Muslim backlash like what happened in Iraq and Afghanistan, a litany and a fear that I know is shared with me by Muslims around the world. ... When that happens instead of being part of that communal drawing together even well intentioned good acts can prompt exclusion and rejection, while the absence of any response can prompt suspicion and condemnation, leaving everyone with damaged relationships, hurt feelings and sometimes even inappropriate retaliations, consequences that are unquestionably worse than having no relationship at all.

Vultures spot dying animals and hover over them to die, and come down and devour the carcasses. Erik Rush, a Fox News contributor, is one such vulture. He said, "Kill All Muslims." He is not alone. More vultures are likely to join him, including the members of the Congress and Senate. These vultures need to become patriotic Americans and focus on passing the bill on background checks and limiting the possession of assault weapons. They could have saved 3,300 people in just four months since the Newtown incident, or they can choose to be accessories to murderers of innocent people in the coming months by not banning the military weapons in the hand of the criminals. Killing fellow Americans is an act of treason, aren't these guys traitors? 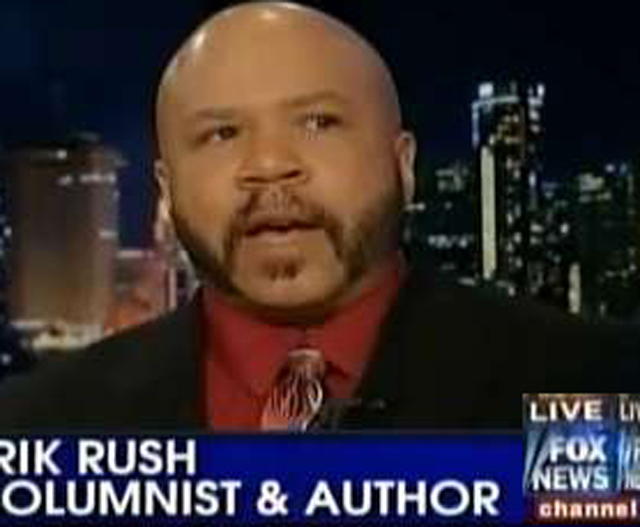 What do Americans want?

A majority of Americans want a society where everyone feels safe, and secure without the fear of other.

Our Founding Fathers laid the ground work for such a society, "We hold these truths to be self-evident, that all men are created equal, that they are endowed by their Creator with certain unalienable Rights, that among these are Life, Liberty and the pursuit of Happiness." If the Fox News media men and some of the congressman genuinely believe in this, half of the problem will be solved.

Martin Luther King Jr. expressed that in his speech: "I have a dream that my four little children will one day live in a nation where they will not be judged by the color of their skin, but by the content of their character."

Chief Seattle, a Native American said this perfectly: "All things are connected. Whatever befalls the earth befalls the sons of the earth. Man did not weave the web of life; he is merely a strand in it. Whatever he does to the webs, he does it to himself."

We are one nation under God and we need to think, talk and act to act as one.