As I watched Donald Trump on stage at the recent Republican debate, I began to think about the gap of poverty that separates me from Trump. I began to recall the dark chapters of ghetto life.

In a dark alley in East Long Beach, California near Poly High School, I stand in a circle of ten homeless men. I am exactly nine years old. It's the 1980s. We are a minyan of the damned.

My welfare recipient aunt, who helps take care of me, believes that I am in school. However, I am so hungry and undernourished that I never make it to the school bus. Instead, I walk the inner city streets looking for food.

It is winter. There is heavy rain and the wind is blowing. All of the homeless men are wearing long trench coats. They call themselves the Long Beach Trench Coat Mafia. I stand loyally with them because they have what I am looking for--food.

Lying helplessly on the ground in front of us are a large tan American Pitt Bull Terrier and her five puppies. One of the homeless men Michael--who is now deceased--holds a large, Black & Decker hammer. 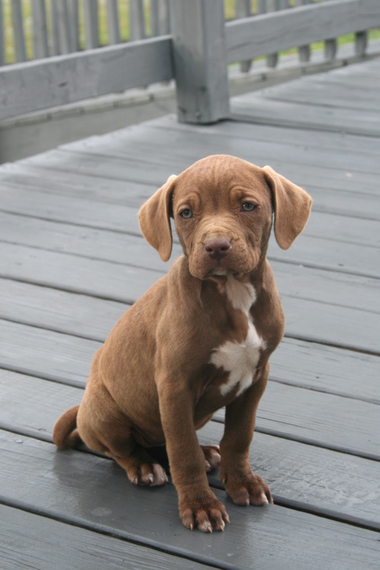 We are so desperate for food that we're about to eat dog meat.

Michael passes the hammer to a local thug named Corn Dog and tells him, "Pimp out these Pitt Bulls. Send these dogs to hell!"

The dogs which are heavily chained to a metal fence begin to bark and whelp. The female Pitt Bull gets protective of her young, still-nursing puppies.

Corn Dog uses the hammer to kill the mother first. With five hammer blows to the head of each dog, all of their lives are taken. They are beaten to a pulp. No police sirens. No police officers on patrol. No suspicious strangers call 911. In our neighborhood ghetto, nobody will snitch. In other words, a snitch is a dead person.

This is the real hard and bloodstained America. Donald Trump doesn't live in our America. There is no Trump Tower in our urine-soaked ghetto.

We put the six dead Pitt Bulls in brown card board boxes and walk to a nearby abandoned warehouse. Using large George Forman-like barbecue grills we dissect, clean, and cook the dogs. Together with the ten homeless men, I eat the dogs using Mexican salsa to spice up the tough yet spongy taste.

I am an American. I was born and raised in America. California is my home state. I was raised thirty minutes from Beverly Hills which is one of the world's richest cities. Yet, I'm so poor that I'm starving, and I'm forced to eat dog meat until I suck on the bones.

These questions spin through my never-nostalgic mind as I remember the taste of the dog meat I often ate with homeless people in Long Beach. To this day, I cannot bring myself to say the name "Snoop Dogg", because I'm reminded to all of the innocent dogs we devoured.

Since billionaire businessman Donald Trump seems the be a frontrunner in the campaign for president of the United States, I wonder if Mr. Trump can relate to the pain of a man like myself; a man who owns nothing, raised in dilapidated housing, and exposed to the poor nightmare of the American Dream.

We, the poor people of America, are crying and dying. So I ask, "Papa Can Your Hear Us?"

This essay is dedicated to People for the Ethical Treatment of Animals (PETA) and the Humane Society.