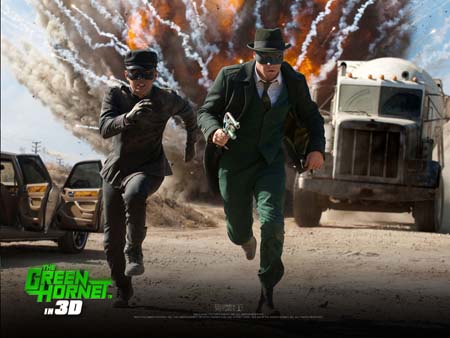 Last Friday, Columbia Pictures released Green Hornet, a movie about an unlikely super hero, which uses much of the same innovative technology behind digital film spectacles like Avatar. No doubt kids are transfixed; they may have gone multiple times and will likely become addicted to the iPhone and iPad video game, "Green Hornet: Wheels of Justice." And if we don't tell them that geometry is behind nearly every frame, the kids who love Green Hornet just might end up as the next generation of engineers.

The U.S. certainly needs them. In the midst of an ongoing global recession, the U.S. technology industry continues to add tech jobs faster than it can produce workers qualified to fill them. The issue is education; our public schools are not generating enough students with the credentials for careers in engineering and math.

Why? Until middle school, we don't have an issue -- our kids adore dinosaurs, robots and space. But as the government's recent STEM (Science, Technology, Engineering and Math) Education Report demonstrated, after that point our students slide down to the middle of the pack or lower internationally, underperforming most of their peers around the globe. They lack not just proficiency, but interest. Yet all of them are proficient users of the very technologies that create the movies and video games that interest them.

Maybe it's words like "geometry" and "engineering" that are getting in our way. So let's not tell them that math and science were used to design the visual effects of Green Hornet and Avatar. Let's not tell them that geometry is the building block of every driving maneuver they'll make in the video game "Green Hornet: Wheels of Justice." To take it further, let's not point out that math is underneath the graphic design tools they use to create their websites and add photos and art to their school reports.

Our kids are poised to be the science, technology, engineering and math professionals of the future -- we just need to show them the connection between the fun they're having playing video games and designing their own wiki pages, and the math under the software they're using to do it. Green Hornet is a cool movie that was created using some of the same technology architects use to visualize buildings and engineers use to simulate machines. If they learn how to use them too, kids never have to stop playing.