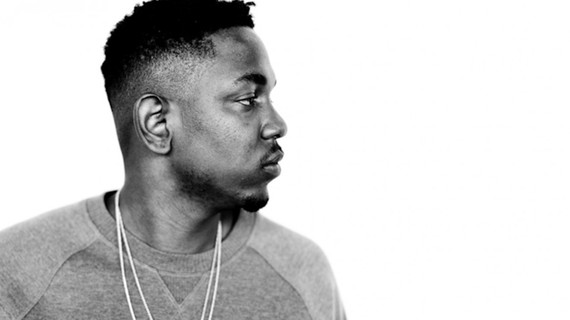 I got asked a question by a friend, 'What would happen if Kendrick Lamar was the teacher in Black classrooms?"

"What would kids learn with the curriculum pulled straight from his music collection?"

So I pulled To Pimp A Butterfly on the good ole iPhone, sat my head back with my favorite headphones, put 'Alright' on, hit the repeat button and zoned out.

What would a classroom look like if it was really built for me?

Alls my life I's has to fight! We gon' be alright! - Alright

Mr. Lamar started reviewing his syllabus for the year. He said the first section was going to be called Our History. He explained that our people have always had to struggle but in that struggle we've always found strength. He said that we'd start where civilization started, Africa and work our way to the present. He said that we'd study the Black Kings and Queens that reigned over various parts of Africa and eventually make our way to the slave revolt in Haiti. He kept talking about how beautiful Black people were and then some stuff about us being the first surgeons and mathematicians. It's so much to cover but he seemed so pumped to discuss it that the class got excited too.

He said he had this series of lessons he titled, "The Civil Rights Movement and People Not Named Martin." He spoke fondly of this cat named Medgar Evers. Said he was the truth. He wanted us to know about youth that made some amazing contributions to the struggle. He mentioned this young girl named Claudette Colvin. Mr. Lamar said she was only 15 when she decided not to give up her seat on the bus. Then one of the kids yelled, "Nah, you mean Rosa!" Mr. Lamar said that before Rosa there was Claudette. He said that we'd have to struggle with the reality of how we treated our women during the Civil Rights Movement and explained that the movement didn't support Claudette because she was a teen mom. He said that the movement did a ton of good though and that we'd have to figure how we discuss the good and the bad. He said we had to cover our history before we did anything else.

...And we hate PoPo. Wanna kill us dead in the streets for sure! I'm at the preacher's door, my knees getting weak and my gun might blow. - Alright

One day, Mr. Lamar talked to us about this thing called state violence. Had us listen to these rap song by these really old dudes NWA, Public Enemy and some dude named KRS-1. He said that the police were supposed to protect us but that wasn't how it always played out and that there's been a strained relationship between the police and minorities for a really long time. We talked about the different ways Black folks stood up for themselves through a bevy of different strategies. Everything from this guy named Nat Turner wildin' out on slave masters to the young people leading the peaceful #BlackLivesMatter movement. He asked us to think critically about all of the tactics we learned about. I've never been challenged that way in school before. Mr. Lamar told us to discuss and share our ideas however we wanted to. Soon, some of the class was sitting together at the white board, some were off by themselves drawing or making poems while a few went outside and took a walk to discuss. When we came back together everybody had something to add to the conversation. There were debates, pictures, songs and stories. Everyone was into it. I said there were good cops too and one girl responded to me and said, "Well, shouldn't the good cops stop the bad cops?" One kid even said they wanted to be a become a local officer to properly serve in this community. That kid got even more excited when he saw the starting salary.

Loving me is complicated... - Alright

One day, Mr. Lamar kept stressing for us to love ourselves. It got kinda weird because he seemed to make it a habit to say how much he loved Black people and this community so much. He talked about us needing to make sure that we took care of each other and our community or else some other community may move in and claim it. He started talking about economics and depreciated value on things. It was interesting, I never learned math that way. It's like I accidentally learned how to do fractions and it was relevant to the larger conversation we were having. We had to talk about the results of us not loving ourselves. He said when you couple self-hatred with the horrible economics and systematic racism that many minorities are forced to deal with it leads to us killing ourselves and each other. It leads to us degrading our women and our communities. He forced us to have these "connect-the-dots" conversations. I found myself thinking about Mr. Lamar's class outside of school and discussing these things with my friends and family that weren't in our class. Mr. Lamar always came to class fresh and he sounded like me when he spoke. Like, he felt familiar. I think I want to do that when I get older. I want to have dope conversations with young people everyday!

At the end of the year, Mr. Lamar saw that we were sad that the school year was ending. He said, "Don't worry, I hear there will be two new teachers that you get to spend time with next year. These folks taught me. Ms. Lauryn Hill and Mr. Nasir Jones are both incredible.